With the Syrian war, refugees are flooding into Jordan. In the refugee camps, nothing more is temporary and life is getting organized. 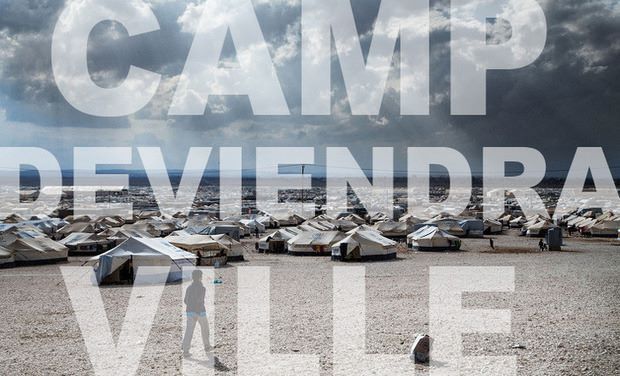 Television, radio, newspapers, the Syrian conflict is omnipresent in the media. But the situation of the 2.4 million refugees, their lives once past the border, are still poorly known. Za'atari is the fourth largest city in Jordan and yet it is a refugee camp. With the persistence of the Syrian conflict, the number of "inhabitants" has been steadily increasing and the Jordanian authorities, exceeded, are struggling to manage the flow of newcomers and the life in the camps. Zaatari, Azraq, Irbid. These refuge areas, temporary by definition, change over time and are becoming real cities.

So far, tv reports on this subject have been content to portray the precarious living conditions of refugees. If it is obviously important to show the dramatic nature of the forced uprooting, we chose to approach the subject from a different angle. Thanks to you, we have the opportunity to make a powerful story showing how, from nothing, these people are able to create new societies.

Could you imagine that, in Za'atari, 60% of refugees have access to television and national channels? that a shopping street known as "Champs Elysee" has been developed? That the camp is divided into distinct neighborhoods, that water will soon be installed and the latest tents replaced?

"It's almost a city, with its shops, daily violence, problems of coexistence and neighborly" said Kilian Kleinschmidt, end of 2013, the administrator of the Office of the United Nations for Refugees ( UNHCR) and Za'atari's "mayor".

But, from camp to city, the transition remains uncertain. UNHCR and non-governmental organizations run the camp, leaving little leeway for refugees, confined to limited commercial activities. Without autonomy, their future prospects are dwindling and with them the survival of Za'atari as a new society. Temporary welcoming area, humanitarian state or emerging city? It is to address these issues that our project is born.

what we will implement:

Antoine, Caroline, Wilson and Camille. A winning team of journalism students from IHECS in Brussels.

If we were asked the question, we probably could not explain how we got the idea of "Camp to city". During a conversation, a comment, questions, research and finally a choice, patently obvious. A topic which attracted and captivated us, as the stakes go beyond the protagonists involved, as it is universal. We have been working together for over a year and this collaboration has given birth to a wonderful complicity.

We all share the same passion for the Middle East and a common vision of journalism that give to the public a full and relevant information on social issues. A journalism free of time constraints to obtain a quality result.

"Camp to city" is our most advanced project,  the conclusion of our years of study and the opportunity, hopefully, to continue to exercise our passion.

Our project is doable but ambitious. It requires a significant financial investment. We decided to bear the cost of transportation to Jordan (flight + visa) but on site, several services may have an impact on the quality of our report. This is where you can help us.

To enter camps, he is essential. He knows best the region, acts both as an interpreter and a guide and can facilitate access to difficult areas.

Refugee camps are not located nearby cities. To access and be independent, renting a car is necessary. If we get more than the 1500 euros requested, we will have the opportunity to visit more camps, for a longer period. An undeniable qualitative contribution to our report.

Although this amount covers only a part of the accommodation cost (800 euros), it will already be a great help.