Support with your donation the making of an independant greek and french movie ! 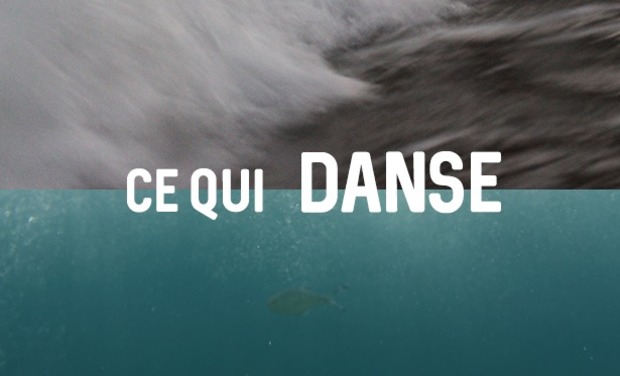 Filming the body language has always fascinated me. Whether you use your body to work, create or whether it guides you to communicate and feel, the doubt always remains as to know if we use it more than it possesses us. Nina, heroin of this movie, personifies this duality, so easily recognisable when it comes to combine the experience of dance with pregnancy.

I've written this short-movie as I was living in Greece, for already two months, and that questions of communication often irrupted in my daily life, through the learning process of the greek tongue, but also the discovering of greek habits and customs. Exploring the body as a tool of expression and communication has taken shape at that time.

I've embodied Nina as a dancer, whose work on intentions put behind gestures is essential. With very few dialogues, the short movie can focus on what her body has to say, the relation Nina has with it and its exploration, throughout the different ordeals she faces. This physical dialogue, at the same time symbiotic, controled and exclusive, reaches its climax when Nina gets pregnant. Putting at risk this very tool with pregnancy, I here follow the desire to question it - in a feminine way - in its most intimate and powerful aspects.
I have no implicit intent of making a movie "on women", but it is indeed inevitable to say that this short movie, owing to its main character and the very even shaking her world, talks about femininity, and  highlights it. Through the perspective of maternity, it therefore questions Nina furthermore and necessarily runs through the whole film.

Grasping the mechanics of control and its reverse (letting go), serves as bases for this project on both a narrative and photographic scale. I want to follow Nina's progression, leaving one mechanism to find the other, through this imaginary digression depicting her state of mind. This second part, where Nina finds herself stuck in a desert place, between the sea and the beach, explores the character's mental reality. It is this second part which explores the commitment in Nina's shift of views, discovering a process of acceptance but above all a redefinition of Nina's expectations from Life.

Each set brings its own ground of exploration for Nina's dancing body and mind. The city of Athens, it's rooftops, its cafes open onto the street, its heat and its noise - many elements that, when they don't stimulate Nina, complete her psychological portrait : an overflowing energy and a perpetual inner racket.

The sea, essential in the greek imaginary, is presented as Nina's analogous energy, who consequently confronts it.

With this project comes a lot of challenges, some of which have already been successfully completed. The sequence in the script with sea turtles coming to nest on the beach has already been shot, with a lot of work and patience, thanks to the greek association Archelon, working for their protection.

The promotion of an intercultural work in the actual state of greek filming industry also is another challenge we're rising to. This work is the result of numerous meeting between greek and french artists and technicians, in dance, theatre, and cinema - as professional as human, which have nourished the script like its actual preparation. It also shows the great commitment, regardless of the greek finances issues, of young filmmakers and artists, in the building of a collective project. As the director, I am more than glad to put this interculturality upfront, as it has made every cooperation richer.

After a first BA in History finished in England with lots of time spent in festivals (theatre and cinema) as production assistant and runner, Cecile slowly shifted from History to Cinema, with a BA achieved in 2014. Four years later, here she is following her cultural family heritage in Greece, Athens. In parallel of her work on Waving Mind (Ce Qui Danse), she works on different projects, amongst which a documentary project on Rebetiko.

Partially still running for the role of Manos, the main role of Nina will be performed by the greek dancer :

Danai Panou is dancer and choreographer and also works as a dance teacher. She lives and works here in Athens since her training at the Experimental Dance Academy of Salzburg.

The team has accepted to work with only expenses paid in exchange of their precious time and commitment. Because we all wish to give to this film a professional quality and conditions of production - therefore renting the equipment we need (image, sound...); because we want to take the time needed to shoot this film in proper conditions, as much for the team involved as to carry this demanding project, we need your help.

The original budget for this short movie amounts to 4000 euros. Therefore, what we've come to gather on KisskissBankbank is first a help to complete the researches of sponsors we've started and the equity capital we own. The 1000 euros finally are a very small part of our actual needs.
But facing the uncertainties of a fund-raising, we are hoping to reach a second stage of 2000 euros.

The first stage of 1000 EUROS will be used following this distribution :

If w reach the second stage of 2000 EUROS (!), we have still plenty of sectors that need financing :

A huge THANK YOU to all for your generosity and the trust you've put in our work ! We hope to see you at the premiere around a good glass of Ouzo !

Thank you very much ! As a compensation, your name will be in the closing credits !

A big thank you ! In addition to the preceding compensation, you'll receive a photo-postcard from Greece of the whole team during the shooting !

With our thanks and in addition to the preceding compensations, you will receive the link (vimeo) of the movie !

Thank you very much ! In addition to the preceding compensations, you will get the poster from the movie !

Thank you very much for helping this project ! In addition to the preceding compensations, you win a seat to the premiere of the film in the presence of the team, whether you live in France or Greece* ! (*transportation at your own expenses)

In addition to the preceding compensations, you will recieve the DVD of the film ! We thank you deeply for your contribution !