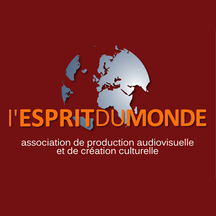 Pack Wall of Fame. Thank you very much. You put your name on the « Wall of Fame » on the website, in the film ending credits and in the app credits

Public Enemy Package. Thanks young bandit. You deserve your Badge "I rob banks" or "Smart on Crime" + the Wall of fame Package

Hold-up Package. You're just born to be a bank robber, congrats ! Thanks, you're now onboard for a gret adventure. You'll receive personal links to preview the film and access the app before anyone + the Public Enemy Package

Red-Handed Package. Hey, you thought you'll catch us first. We want to be nice to you so you're released. Take your Chasing Bonnie & Clyde tote-bag made by our friends from CoolAndTheBag.com (bag 100% cotton, 140gr, no pleat, long handles) + the Hold-Up Package

Little Bonnie & Clyde Package. It's nice of you Sweet Lady or Young Mister. You got the right to have your own mugshot like real criminals, from you photo ID, but it's to promote smart-on-crime policies (jpg + profile pic Facebook) + your name goes onto the Wall of Fame inside the interactive app + the Red-Handed Package

Pack Live From Shooting. Great, come with us, we're ready to welcome warmly. You receive 3 pics from the shooting, like real polaroids 4x4inches + the Little Bonnie & Clyde Package

Pack American Dream. We appreciate that and you got to live just like us this succesful journey. We don't have any doubt, this project will win many awards. So you ought to have one of them in your living-room during 1 week and impress you friend with it. Then you can take it to another friendly funder. In addition, we take your picture and we make a real mugshot portrait (face and profile jpg + profile pic Facebook) + the Live From Shooting Package

Pack FBI. Man you're such a good Eliott Ness. You got 4 special prints from the FBI Bonnie & Clyde file + the American Dream Package

Bonnie Parker Package or Clyde Barrow Package. Amazing Bonnie, wonderful Clyde, put a hat on your head. You have a real "Bonnie" beret OR a "Clyde" hat, both are handmade in the purest tradition of French hat-making in small French village, thanks to our friends from the concept store MonsieurLondon.com British style French touch + the American Dream Package

MidWest Package. You got it right, you like to keep your eye on beautiful things. Here comes a piece of the true US at your home. A panoramic print 10x30 inches in B&W by Thomas Salva (just 10 prints possible to choose among 5 pictures) + the American Dream Package (if you like a picture of France countryside, it's possible too)

Bonnie & Clyde Package Dear couple, we wish you the best! You deserve those beautiful hats, a "Bonnie" beret and a "Clyde" hat, both handmade in the purest tradition of French hat-making in small French village, thanks to our friends from the concept store MonsieurLondon.com British style French touch + the American Dream Package

Final Cut Package. You always want more and you do right. Gather your friends or your colleagues, you can organize a private projection of the film and if possible we come to answer all your questions and share with you that great moment + the Bonnie & Clyde Package

Philanthropist Package. We don't know how to thank you, you're just fantastic. From your ID pics, we create your very own mugshots greetings cards for 2014 (5 peop. max) + we put your name and logo in the ending credits of the film and in the app credits + the Final Cut Package

Bid Daddy Package. Hold-up, this is a hug ! Come to our studio, we organize a private photo session to make your mugshot or the portrait of your dreams (5 peop max) + we put your name in the debut credits of the film and in the app credits + the Final Cut Package

Lumento Bandit Package. Wow. Simply wow. And THANK you. You're officially our "good star", we now talk about you anytime, anywhere, online and offline you always appear with us + we put your logo in the debut credits of the film and in the app credits + the Big Daddy Package

Chasing Bonnie & Clyde Package. Let's get crazy. You are crazy. We just love you. You come with us during 4 days to live the 80th anniversary of Bonnie & Clyde death in Gibsland (LA) in may 2014 (all included) + the Final Cut Package

Pack Crazy Uncle Sam. Oh man... let's get serious. We stand clear, hands up. You take it all and become the official sponsor of the project, your logo is everywhere like any other broadcaster or fund that support us. Thank you.