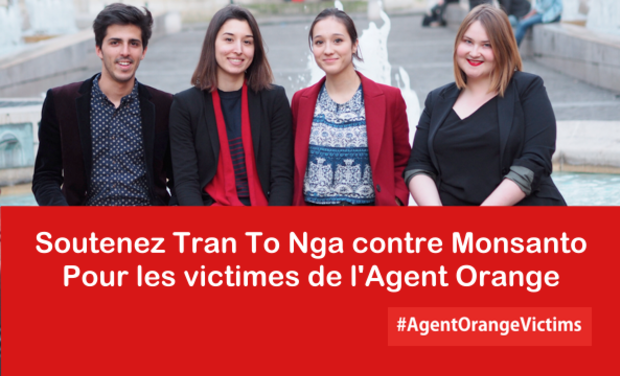 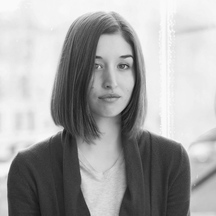 Petrochemical giants such Monsanto, Dow Chemical, control a toxic empire whose power stretches to the far corners of the earth. Monsanto is also infamously known for the Roundup product, growth hormones, pesticides and GMOs… During the Vietnam War, these firms produced "Agent Orange" for the American army, a defoliant with a high ratio of dioxin.

Locals still suffer from the consequences of defoliants

According to the Red Cross, more than 3 million Vietnamese are still suffering from the consequences of defoliants today. The dioxin contained in Agent Orange was sprayed over the jungle and was accumulated in the earth and ground-water. It was then ingested by the flora and fauna, thereby creating a toxic food-chain which contaminated local people and their environment. At first, scientists that in humans, the half life of dioxin would be around 7 ears, and between 10 to 20 years for soil. However, there are many places in Vietnam where the dioxin rate is still as high as it was after it was spread during the war.

The consequences of the war can be seen in newborn babies today.

Dioxin is genetically transmittable from one generation to another. Some of the worst symptoms of a high-dioxin rate include: missing limbs, external tumors, birth diseases (heart defects), blindness, deafness, autism, mental deficiency… According to a study published in August 2016 by VAVA

(Vietnam Association for Victims of Agent Orange/Dioxin), 4,8 million Vietnamese may have been directly or indirectly exposed to dioxin during the war, and 150,000 children may have suffered from malformations at birth.

During her trip to Vietnam in 2016, Léa met Kien, who suffers from chloracne (a severe skin disease) and has an external tumor covering the right part of his face.

Léa with Duc, a mathematics teacher at a secondary school in Hanoi.

Why should you support Tran To Nga's fight?

Tran To Nga was in direct contact with Agent Orange :

"One day, as I am writing an article in the depth of my den under dim light, a plane flies overhead, circling above our hide-out and getting closer and closer. Intrigued, I come out. The C-123 model flies at a low altitude. From its belly comes out a kind of white cloud, which stains the blue canvas of the sky. I observe it as if it were a flight of birds, immobile. Suddenly, a glue-like rain trickles down my shoulders, sticking to my skin. I start coughing. My mother arrives, and hurriedly tells me to go rinse myself with water and change clothes, as she cries out what I had not yet realized: " It's defoliant, Agent Orange, Nga!" (excerpt from her book Ma Terre empoisonnée).

A few years after this incident, Nga becomes pregnant with her first daughter, but her child dies shortly after birth of a heart disease. Nga initially thought this death was due to the rough living conditions and lack of hygiene, and did not make the link with Agent Orange. However, blood analyses showed that she had been contaminated by the defoliant. 50 years after her exposure to Agent Orange, dioxin is still present in her blood. She presents many pathologies which have been recognized by the U.S government as possible consequences of exposure to Agent Orange. The list of such symptoms was drawn-up so that American veterans of the Vietnam War could receive state-funded medical help. No such help was provided to the Vietnamese victims.

Tran To Nga's court case against the firms who produced Agent Orange will raise world-wide awareness for other victims.

Tran To Nga is now attempting to sue the main American firms who produced Agent Orange, which includes Monsanto, Dow Chemical, and about twenty others – who still accept no responsibility for the tragic consequences caused by the spreading of Agent Orange.

Tran To Nga is the only person on French territory who can sue these firms, as she unites the two necessary criteria:

- And having French nationality

"The fight that I have begun against Monsanto and the other firms is not a normal court case. My aim is to perpetuate the memory of the victims of these war crimes, so that the international community, in turn, will take a stance against ecocides and genocides. The objective is to hold these firms accountable for their part in the harm that was caused, and to join forces with them to repair it" – Tran To Nga in an interview with Léa.

More information on Tran To Nga can be found here (in French):

Websites giving information on the court-case:

To prepare her defense in court, Tran To Nga's lawyers have received an enormous number of documents (about 6,000 pages) written in English. The legal procedure requires these documents be officially translated into French for the French judge to assess them. These official translations are estimated to cost around 60,000 euros.

On her own, Nga cannot support these costs.

To support the victims of war

Beyond her tragic personal experience, Tran To Nga has become the symbol for the fight for justice of all victims of dioxin.

Many people today have forgotten the consequences of the Vietnam War. Yet suffering increases, year after year. This court case will prevent victims of Agent Orange from fading into oblivion.

This is why we are asking for your help. We have set ourselves the goal of raising a minimum of 10,000 euros. However, the translation fees are estimated at 60,000 euros. With your help, we hope to reach, and even exceed, our original goal, in order to cover part of the legal costs (Tran To Nga's lawyers are charging her a much lower fee than their usual rates), thus allowing the court case to proceed.

The funds collected on this platform will go directly to Tran To Nga's cause, so that she may continue her fight against the American petrochemical firms.

An aspiring journalist, Léa became increasingly aware of the social, health-related, and ecologic consequences of Agent Orange during her first year as an undergraduate. In September 2016, she decided to write a report on the victims of dioxin and travelled to Vietnam to this end.There , she met Duc, Kien, and Tung, three victims of Agent Orange, and wrote dedicated articles about them. In 2017, she presented a TED talk entitled "Agent Orange in Vietnam: what we should know". Today, by supporting Tran To Nga, she continues her fight to inform and raise public awareness about war-crimes.

A pacifist at heart, Ada is a young, dynamic woman who uses her energy to campaign for human and animal rights. After having completed an internship at the Rainforest Foundation in New York, she is currently working for the UNESCO's World Heritage Center. Ada was a student in languages and has a Master's degree in European Affairs from the Sorbonne university.

Born in France, raised by an English mother and a Vietnamese father, Kim's heritage is a combination of cultures which has profoundly affected her views on social questions. The Vietnam War is a personal cause close to her hear, as is her support for Tran To Nga. However, she considers this court case to be a universal fight, which should move us all to defend the victims of war crimes. After a Bachelor's in History and a Master's in Media Studies, Kim will be attending King's College in London next year to study Conflict Resolution.

Arthur has grown up in a multilingual and multicultural environment, combining France, Italy, and Morocco. A student in International Relations, he is currently attending la Sorbonne-Paris I university. His passion for crisis studies and diplomacy has led him to take part in a number of associations linked to defense, strategy, peace and security. Arthur devotes all his spare time and energy to supporting causes such as Tran To Nga's, which in his eyes represent the fight for justice, solidarity, and human rights.