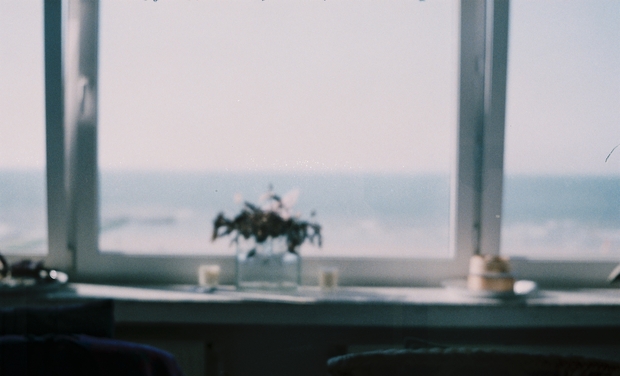 In this exceptionally turbulent year, it has been tricky at times to position myself as an artist. I am more and more aware of the obligations I have as an artist to make sure that not only the art of film will continue to exist, but also that it will continue to evolve. With the importance of the global Black Lives Matter movement in the past several weeks I have found myself in confrontation with myself regarding this subject. I acknowledge my role as a non-white filmmaker to make sure that the deep-rooted social issue of racism and non-diversity is not only discussed, but that it will be changed. It is my task to make sure that representation becomes more diverse in the films that we watch, and in the world that envelopes us to ensure a future where it is no longer shocking to see people from different ethnicities in a non-stereotypical role. This film was written during the period of quarantine, and thus a while before the discussions surrounding ethnicity and racism were opened on a large scale. This script had already been written, its goal was to start up the discussion (with myself as well as with my audience) on identity, which has been played an important role in my life. I will not deny the fact that for as long as I can remember I preferred to downplay the importance of my ethnicity in my work, so I could more easily blend in. I realise that this topic is finding its place in my œuvre, and this film is only the first product of it. I still have a long way to go, as we all do, and for the past few weeks I put the development of this project on hold because I had doubts about whether it correctly portrayed the message I am trying to relay. I thought about rewriting, or even recasting the film (whose cast is not yet diverse enough to the extent that I would like) but I decided that I need to continue at my pace. I vow to strive for diversity in the future of my career, this film is a first step.

These are fragile times for the art world, and it is important for us, the artists, to find new ways to continue to break taboos. The film world has taken a hard blow this year due to the COVID-19 outbreak and this crowdfunding will thus serve to independently finance the shooting of this short film.

A graduate from the LUCA School of Arts in Brussels, I am a young filmmaker currently based in Paris, France. I have completed several short films since I launched my professional career. Most recently, during the quarantine, I completed a 3-part series of short films shot within the restrictions of my own home (available for viewing in full through the following link). The films were selected for the festival Courts Intérieurs.

The quarantine period has seen a boost of creativity for me, this script is its result. The film has already been cast, with Thimotée Robart (known for Vif Argent, presented at the Cannes Film Festival 2019) and Anna Franziska Jäger (known for Cleo, presented at the Ghent Film Festival 2019) featured in the main roles. Ramy Moharam Fouad will serve as the film's director of photography.

D’ici là... is the story of Adam, a young man who has isolated himself in his grandparent’s vacation home in the coastal town of Westende, Belgium. He suffers from a mysterious illness which manifests itself in the loss of pigment. He has come to bid farewell to this apartment, but also to his loved ones, to his past and to himself in his current form. During a period of 7 days he develops an unlikely relationship with a young woman named Eva through his apartment’s parlophone.

The idea for this film is to step away from the classic film production process and to create, develop and distribute the film completely autonomous. This means no film festivals, no long wait for its release, but rather a swift accessibility to you, the viewers and participants of this crowdfunding.

The film will tentatively be shot late this summer (in compliance with the development of the COVID-19 virus), and should be ready in the autumn for viewing.

All rewards for your contribution to this film are artistic collaborations. The clothing is handcrafted and pièce-unique made by French brand Retinattraktiv. The photo book is to be considered a collector’s edition, as only a few will be produced. All products have been conceived specifically for the film. Financial investment in this project will not only support this film but also the contributing artists.

This year has shaken the whole world up, it is time to rethink things and more than ever to support one another. Your contribution to this film is more than a simple contribution. It is faith in what lies ahead, it is acceptance to step forward into the future.

All funds invested in the project will be 100% contributed towards the creation of this film. Filmmaking is costly, and the budget quickly rises. Transportation (between France and Belgium), accommodation for cast and crew, food, rental of material, etc. are part of the principal costs. The film is estimated to run 40 minutes, which means about a week of shooting with a 10-person crew. This is an extremely low-budget film. The cast and crew are participating pro bono. The funds will be used exclusively for expenses directly linked to the film.

A handcrafted pièce-unique item conceived for the film by French brand Rettinatraktiv.

This purchase allows you a link to view my latest short film, a previous collaboration with Thimotée Robart.

This purchase secures you a high-quality print of the film's poster based on an image produced on set.

A handcrafted pièce-unique item conceived for the film by French brand Rettinatraktiv.

A handcrafted pièce-unique item conceived for the film by French brand Retinattraktiv.

Special mention in the end credits

This purchase secures your name in the film's credits. For any investment over 200€.