In this Orwellian nightmare, I am the Doubleplusungood! I've come to murder your darlings! 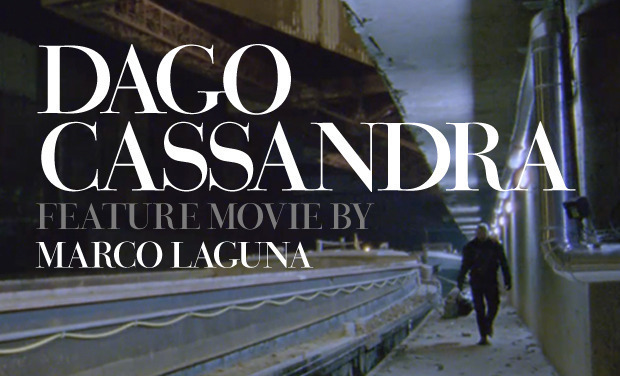 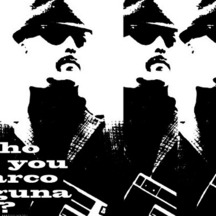 and individualist and a true westerner

A man dead or alive

The essence of Dago Cassandra writing comes widely from the passion I have for American writers like Harry Crews, Iceberg Slim, N.Tosches. Its also In- spired by the Belgian fantasy literature such as Jean Ray – Exploitation films – the French « Nouvelle Vague » - Japanese activist cinema of the sixties – the Rock & Roll and due to this little thing that shaped me since childhood : the belgian attitude...

My encounter with Wild Dee, the main actor, was crucial - not only because we share the same literary and cine- matic universe but furthermore due to our comparable musical experience ; both of us were singers in iconic bands of the 80s in Belgium, respectively for him, “The Wild Ones” and for me, “Marine” (70/81 – 3 singles on Les Disques du Crépuscule) and “La Muerte” (84/94 - 6 albums on Pias).

The main intention of the project is to recapture the spirit and codes of the ultra- violent exploitation films but also those of the literary movies of Godard. You’ll understand, I love the excentric cinema, wild, dreamlike, delirious, low budget, made of sex, violence and debauchery.

The use of Kodak hypersensitive film roll allows to shoot in minimalist technical conditions.

The crew is reduced to 5 people to ensure maximum mobility. In contrast to the appearance deliberately “trash”, the photography - inspired by William Klein, Jacob Holdt and Tobe Hooper – is particularly smart.

If the film takes place nowadays, it waves between documentary and fiction, switching from past to present.

The role of the music is important, the composition is original and draws inspiration from François de Roubaix, Lalo Shiffrin, John Carpenter, Michel Colombier.

Bouli Lanners well known as a director and actor for his movie ”ELDORADO” participates to the project.

A third of the film is already shot and edited.

2000 - Nomination for the Academy of Motion Picture Arts and Sciences - Los Angeles, USA

THE DEVIL ON LSD

The founds will be invested in 16mm reel and laboratory.

If we get more than 10.000,-€, we will invest in the SFX, make-up, insurances, cars stunts, post-production, mixing sound.

guest for the Première

Previous compensation + The first one will receive le STEERING WHEEL of the Jaguar, the second : the front pannel, the 4 last : one complete wheel.

Previous compensation + THE BIGGEST INVESTISOR WILL RECEIVE THE HEADBADGE OF THE JAGUAR !