Dead Links episode 1: If it wasn't a dream

Dead Links a web-series in which the dead come back to life... Help "Dead Links" to come to life. 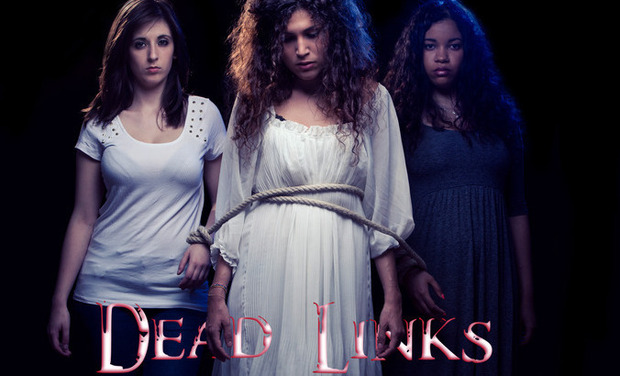 Dead Links episode 1: If it wasn't a dream

April, a young student from Porpington has lost her mother in a terrible accident. Alone, she now faces new responsibilities, caring for her little sister. April can count on the support of her two best friends, Jessica and Eileen. While April tries to find a semblance of stability, the girl is violently stabbed, she thinks she has recovered from her injuries unscathed but she soon discovers that she has in fact died and this enables old secrets to resurface.

Nao Soraya Baha in the role of Eiyleen

Carette Justine in the role of Oksana

Joyelle Luthi in the role of Sandra

Axelle Viala in the role of Abigail

Your donations will fund the filming of the first episode of this webseries.

All actors and actresses, as well as the technical team are volunteers on the project.    The budget of the governed, and the purchase of costumes are our personal expenses.