Provide some escape to hopitalised children! Children will discover the realm of outer-space, stars and planets with animations in astronaut suit 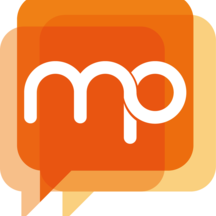 <p>The association "les p'tits cueilleurs d'étoiles" was created in March 2016 with the aim of engaging and reigniting the imagination of hospitalized children. How? By immersing them in the realm of outer-space, stars and planets. For the past year, Les P'tits cueilleurs d'étoiles has worked in several hospitals in France. During our events, the children have touched meteorites, discovered the different planets of the solar system, walked on Mars or discovered impact craters on the surface of the Earth and the other planets.</p><p>Thanks to the support of researchers from various French research laboratories (Géosciences Paris Sud, Muséum National d’Histoire Naturelle, Université de Lille, Laboratoire de Planétologie de Nantes), each child has had the opportunity to encounter “real-life” astronomers who willingly share their passion. Every child gets the gift of a small meteorite donated to us by "Labenne meteorites". During each session children can play, dream and also receive education at the same time.</p><p> </p><p><img alt="Capture_d_e_cran_2017-04-18_a__13.30.30-1492515092" src="https://d3v4jsc54141g1.cloudfront.net/uploads/project_image/image/414290/Capture_d_e_cran_2017-04-18_a__13.30.30-1492515092.png"></p><p> </p><p>The association would now like to provide one on one entertainment at the bedside for the youngest children while dressed as an astronaut. This proved to be a particular success in our partner hospitals and provided a real moment of escape for these children. The association already has 2 astronaut suits for Paris and the South-West of France and we would like to purchase 2 more suits for the Nantes and Lille branches of the association. .</p><p> </p><p>    <img alt="Capture_d_e_cran_2017-05-17_a__10.20.43-1495009261" src="https://d3v4jsc54141g1.cloudfront.net/uploads/project_image/image/424466/Capture_d_e_cran_2017-05-17_a__10.20.43-1495009261.png"></p><p>In Lille, the association is led by Pierre Marie Zanetta and Mathilde Ferrand. Pierre-Marie is a PhD student and works on meteorites and Mathilde is a researcher in chemistry in Lille University. They both organize animations each month at the hospital called “Jeanne de Flandre et Roger Salengro”.</p><p>In Nantes, the association is led by Marion Massé, project officer in planetary sciences at CNRS/Planetary Geosciences laboratory of Nantes. Specialist in planetary geology, Marion and her colleagues from the laboratory are sharing their passion for planetary and space sciences with children in Nantes hospital.</p><p> </p><p> </p><p> </p><p> </p>

<p>The aim of this fund-raising event “Des étoiles dans les hôpitaux” is to buy 2 astronaut suits in order to enable the one on one bedside sessions in Nantes and Lille hospitals. The suits are replicas of the suits used for Lunar Apollo missions. Their realism gives the children a real impression of what a astronaut might look like. Because the astronaut suits cannot be bought in France, they need to be purchased in United States, with each suit costing 1600 euros plus 650 euros for transport and customs. Therefore we want to raise a total of 4500 euros. If successful, these suits will be ordered at the end of June 2017. The first events with these suits are planned for November. The association "les p'tits cueilleurs d'étoiles" will receive all the funds collected via the site and will commit the entirety of them to the purchase of the suits. If our fund-raising exceeds the minimum 4500 euros, the association would like to buy a small telescope (400 euros) which would allow us to do observations at the beginning of evening in some of the hospitals. Please give generously!  </p><p> </p><p><img alt="Capture_d_e_cran_2017-04-18_a__19.58.30-1492538818" src="https://d3v4jsc54141g1.cloudfront.net/uploads/project_image/image/414569/Capture_d_e_cran_2017-04-18_a__19.58.30-1492538818.png"></p>