Des Rives is a photographic project that I started in 2004. Since then, I've been walking along the French coastline, backpacking between sand and sea, trying to see the coastal landscape through human eyes. At the end of this journey, everybody will be able to travel all over the French coastline, follow their own image and audio route via an interactive web application. 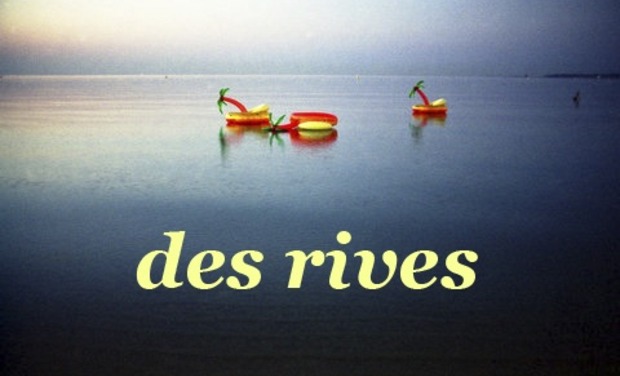 Systematically following the French coastline, backpacking between sand and sea, immersing, observing... in order to accurately describe this frontier, which is often natural only by name.

Choosing to travel by foot allows me to observe at an eye level, to take time to get involved with the landscape. With no motor, no tricks, no pre-established stops, time and space are inseparably linked, forcing oneself to be “here and now”, immersed in a very unusual meditation, open to the outside world, both active and contemplative.

This inner state allows me to have a global and sensitive perception of the world surrounding me, beyond a solely analytical and informative formal framework. This way I  lay bare everything that hisses and rumbles, everything that lies under the limit of visible,  under a smooth and formatted vision of things.

I offer a personal approach on how infrastructures and human activity influence and define the land. I intend to make the viewers think about the part they play in the changing landscape.

Since 2004, I have walked 5000 km along the French coastline. I have produced the first part of this project – the Mediterranean coastline, from the Italian border to the Spanish one – by myself. In order to complete the second part of the project – from the Belgian border to the Isle of Noirmoutier – I reached out to different partners (IGN, Laboratoire photographique Dupon, Canon France, Fujfilm, the Region of Languedoc-Roussillon, the Region of Brittany, Picturetank's network).


I intend to cover the entire French coastline by foot to underline its diversity. No piece land and no activity should be left out.


At the moment, only the third part of the project is left. I still need to cover 2000 km more: from Vendée to the Spanish border and the Mediterranean islands, which I should be able  to do in five months.


I call on the KissKissBankBank community to help me complete the third part of the project: to walk along the rest of the coastline and to create an interactive web application that would show all the pictures taken.

When the user chooses a specific segment of the route, the map fades and an image and sound narrative starts. The user can go back to the map with a slight movement of the mouse. He can also choose the speed of his wandering. A quick stroll will only show the most documentary and artistic images, a slower one will allow access to more pictures. The whole photographic journey will be defined according to the starting point chosen by the user.

This application is conceived as an intuitive tool for an “initiation trip”, a poetic immersion  accessible to everyone.

I am honoured to be surrounded by talented and motivated people:

Vincent Olivari, of the Goondi society, in charge of the creation of the interface on Internet, digital tablets and smartphones).

Jean-Philippe Lambert, in charge of the audio design.

Eleonore Corlieu, Vasantha Yoganathan and Marjory Duprés, respectively in charge of the documentation service, photo editor and cultural projects manager at the cooperative Picturetank, which I am a member of since 2004.


My name is Bastien Defives. I am a professional photographer based in Montpellier. I grew up in the countryside. When I was a kid, I used to go hiking very often with my parents. We spent our holidays discovering many places by foot. This experience has profoundly marked the way I look and choose to represent the world photographically.


I started studying Engineering and realized quite quickly that I wasn't made for mechanics. So I went to Brazil for 3 years to study performing arts. I was involved in various projects that included projecting images, photos and videos (which I still do with the collective PulX). I have also worked as a stage and reportage photographer. Back in France, I joined the photographers' collective Transit in Montpellier in 2002 and became a member of Picturetank in 2004.

To have a look at my work in general:  www.bastien-defives.fr

When I arrived at Montpellier, I was impressed by the flow of seasonal tourism and the infrastructrures on the coasts. So I decided to photographically document the coastline of the Region of Languedoc. The rest came naturally, with several exhibitions and publications on the way.


Although I have been through several phases of discouragement, linked to production difficulties, I still find the project very fulfilling and hope it provides an interesting outlook that questions things as well as it carries you away.

What is the fundraising for ?


So far, I have taken pictures of the following regions' coastlines: PACA, Languedoc-Roussillon, Nord-Pas-de-Calais, Picardie, Haute and Basse-Normandie and Brittany.

Discover the photographs by following this link: click here.


I have turned to the KissKissBankBank community for the following reasons:

3000 €: conception and creation costs of the interactive application.

1500€: travelling and living expenses for the 3 months of shooting.

Your name on the acknowledgements page

A message to the sea: I receive your message and write it on a biodegradable piece of paper which a throw into the ocean + postcard + your name on the acknowledgements page

A set of 10 prints (15*22,5cm) of the geographical area of your choice + message to the sea or postcard + your name on the acknowledgements page

A 40*60cm print of your choice, numbered to 25 and signed + your name on the acknowledgements page

A chance to meet the photographer and photo viewing at your home (metropolitan France): I come to your home with the projection material and give you a 60*90cm poster of your choice + your name on the acknowledgements page

A meeting with the photographer, at dawn or dusk, somewhere along the coastline between Noirmoutier and the Spanish border (according to my route, between July 2012 and January 2013) + your photographic portrait + 5 prints of your portrait (40*60) + your portrait on the website (subject to prior agreement) + your name on the acknowledgements page

A meeting with the photographer, at dawn or dusk, somewhere of your choice along the coastline between Noirmoutier and the Spanish border (date to be determined together) + your photographic portrait + 5 prints of your portrait (40*60) + your portrait on the website (subject to prior agreement) + a 40*60cm print of your choice, numbered to 25 and signed + your name on the acknowledgements page