Contribute to the creation of the new documentary film by directors Marcel Ophuls and Eyal Sivan : "Unpleasant Truths" 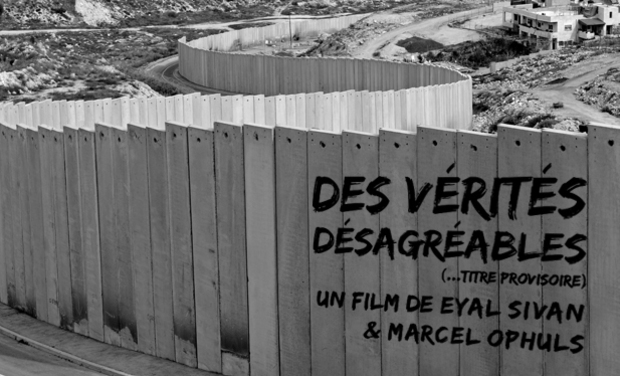 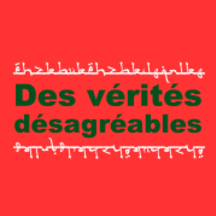 THE PROJECT IN TWO MINUTES

Jean Luc Godard had once offered to Marcel Ophuls to co-direct a film about the Israeli-Palestinian conflict. Marcel had refused. Prompted by the Israeli attack on Gaza in the summer of 2014, Marcel urged Jean Luc to follow him there to direct the said film. This time Jean-Luc declined. This is when Eyal Sivan came along, as Marcel offered him to co-direct the film. But time has changed, and so have conflicts…

In Israel, some exhort the “national preference”. Others, usually younger, find exile… in Berlin. In France, the National Front Party defends “the Jews”, while intellectuals casually spill their islamophobic rants on TV. Has the world gone topsy-turvy?

Shock interviews, encounters, confrontations: from Tel-Aviv to Paris, to the West Bank, this journey in film will cut with sharp hits a map of the ideologies of our time. It will give the opportunity to reveal a few unpleasant truths about anti-Semitism, Islamophobia, the real or alleged importation of the conflict…

DETAILED PRESENTATION OF THE PROJECT

A film by Marcel Ophuls and Eyal Sivan

De Gaulle: “But what is there, in that documentary, The Sorrow and the Pity?”

Let’s consider on the one hand Marcel Ophuls, one of the greatest interviewers in the history of French cinema (“the greatest” he might object) and look at him: subtle, with a dry humour, intrepid and overacting, seasoned and youthful. Let’s consider on the other hand, Eyal Sivan, one of the most insolent Israeli filmmakers ever (he’d certainly say the most insolent).

And let’s imagine now that those two men join forces to share a filmic reflection about what is going on today, here in France, there in Israel.  A film that would intertwine and harmonize two outlooks and two styles: one director being the heir of the pre-war European cinema, and the second notably fed with the films of the former…

Those two share more than mutual admiration. As wide as is the difference in their age, nationality or education, their pieces of work are informed by the same will: to help citizen to be aware of their own history, rather than to adhere to a consensual “national fiction” that would hold the society together. This ambition has brought about films that, no doubt, have angered many. But shall one shut his eyes or rather open them? In other words, shall one film the Sorrow and the Pity or profess that all were partisans and that Petain saved many Jews? Shall one watch Road 181 by Eyal Sivan and Michel Khleifi, or pretend that Palestine was an empty desert upon the arrival of the pioneers of the Zionist movement?

Both filmmakers, in their own ways, have upset the understanding of the history of their own country. Today, cameras in hand, they want to confront the present and its complex realities.

How not to ask…

…Why today in France, many senior members of the National Front defend Israel and “the Jews”?

Why a few Jewish French intellectuals feed the National Front ideological corpus, number how many black they are in France’s football team, when they are not working to rehabilitate Marshal Petain?

How can we understand than a former speaker of the Knesset and member of the Israeli Labour party, and religious as well, is nowadays an advocate for a common State for two people? Is “the national preference” enforced in Israel? Does the policy of the Israeli government foster anti-Semitism in the world? Is Islamophobia the new anti-Semitism of the day? Are we subdued by the bad memories of a not too distant past?

Are we lost in the most complete confusion?

Those questions are all linked together, they resonate with France’s colonial policy, with Israel’s policy, with conflicts past and present who shake both societies. They will be asked all along the film by two filmmakers who embody the Jewish cosmopolitan tradition, in all its singularity and charm. For it is still a living language, part humour and part affliction, irony and seriousness, fatalism and hope. To contribute to their film is to endorse a courageous endeavour and an ambitious cinematographic project.

Born on November 1st, 1927 in Frankfurt in Germany, Marcel is a French and American citizen. The son of Max Ophuls and Hilde Wall, he followed their exile in France in 1933 and in the USA in 1941.

He came back to France in 1950 where he became an assistant for major names of French cinema, including his father.  He then started directing his first feature films (“Banana peel”, “Fire at will”, “Munich or peace in our time”). 1969 marked a watershed in his filmmaking career with the release of “The sorrow and the pity”, nominated at the academy awards for best documentary film. The film would live to be censored by the French national TV for more than a decade, only shown on TV after the Left rose to power in 1981. “The sorrow and the pity” chronicles the life of a provincial town (Clermont-Ferrand) between 1940 and 1944. The film investigates the German occupation, the Vichy regime, and the notion of French collaboration during that time, through a dialogue with various protagonists (military men, statesmen, key witnesses). Many other films would follow, among which “Memory of justice”, “Hotel terminus”, winner of the academy award for best documentary feature un 1989, “November days”, “The troubles we’ve seen”, “A traveller”.

Symbolising a dialogue with history, Marcel Ophuls has distinguished himself by addressing the most tragic subject with humour and solemnity. Questioning the powerful of the world, his films are always dedicated to the victims, the weaker ones.

Eyal Sivan, is a documentary filmmaker and theoretician based in Paris, born in 1964 in Haifa Israel and raised in Jerusalem. As teenager Sivan abandons formal education to dedicate to his hobbies: still photography and political activism. After exercising as a professional commercial photographer in Tel-Aviv, he leaves Israel in 1985 and settled in Paris. Since he is sharing is time between Europe and Israel. Known for his controversial films, Sivan directed more than dozen worldwide acclaimed & awarded political documentaries and produced many others. (Common State 2012, Jaffa 2009, Route 181 2003, The Specialist 1999, Izkor 1990...) His cinematographic body of work was shown and awarded various prizes in prestigious festivals. (Berlinal, Cinema du Reel, IDFA, TIFF Toronto, VDR Nyon, Yamagata...). Beside worldwide theatrical releases and TV broadcasts (ARTE, BBC, CANAL+, CBC, FRANCE TELEVISION, NHK, RAI, WDR, ZDF...). Sivan's films are regularly exhibit in major art shows around the world. (CCCB, Documenta, Manifesta, ICP NY, BDF HKW...) He publishes and lectures on the Israeli-Palestinian conflict, documentary filmmaking and ethics, political crimes and representation, political use of memory, genocide and perpetrators representation, etc (UCLA, Goldsmiths College, SOAS, NFTA, NABA...). He is the founder and artistic director of the Paris based documentary films production company momento! and the film distribution platform momento distribution-Scalpel. Eyal Sivan is the founder and Chief Editor of South Cinema Notebooks - journal of cinema and political critic published by the Sapir academic college in Israel where he is regularly visiting professor. In the last years Sivan was co-leading the MA program in Film, video and new media as Associate Professor in media production at University of East London's (UEL) school of Arts and Digital Industries (ADI). Currently Sivan is honorary fellow at the European Center of Palestine Studies in University of Exeter UK and a regular visiting professor at the Master in artistic research through film that he co-wrote the curriculum for the Netherlands Film Academy (NFTA) in Amsterdam, in the NABA in Milan, in the Sapir academic college in Israel as well as member of the editorial board of the Paris based publishing house La Fabrique.

ZEUGMA FILMS has been producing documentary films for cinema and television since 1996 with the same demanding purpose to offer unexpected, exceptional, ambitious creations.

We aim to produce films that were vital for the director to make, that put his own soul at stake, films that let the spectator think for himself. The subject does not determine our production policy, only the way it is addressed matters. Our projects are a unique encounter between a matter, an author, a crew and us.

Since 2011, Zeugma Films has also been distributing documentary films, including Common State – potential conversation by Eyal Sivan – released in October 2013. The goal of this new engagement is to defend auteur cinema, where politics is at its most profound, where we can look at today’s world, the eyes wide open, sometimes at awe, often intrigued, surprised, upset, always unresolved.

WHY DO WE NEED YOUR HELP ?

The project was decided on the spur of the moment and we hope to have the film ready for the Cannes film Festival of 2015.

Due to the speed of manufacture and the use of a small but very energetic crew, this production is doable with a limited budget. We estimate it at around 500.000 Euros.

We cannot however count on the traditional means of cinema production, which are too long to funnel. We have nonetheless the guarantee of key partners necessary to distribute the film in theaters and we are currently negotiating international pre-sales in Germany, Switzerland, Israel, Canada…

The enthusiasm of our first partners indicates us that the shooting can be done quickly, but many uncertainties remain and invite us to caution, as we will to keep control (the final cut as Marcel would put it) on a demanding project, of cinematographic and political nature.

This is why we imperatively need your help to secure the costs for the postproduction and film finishing processes. Those are complex technical operations, to be performed by specialized providers, having the tools and know-how.

The postproduction encompasses all the technical processes necessary to complete a film after from the raw footage of the shooting. We need, for the different steps:

- €16000 for the image and sound editing. The sum amounts to the rental of a digital editing station with the necessary software for 12 to 15 weeks, and the chief editor’s salary.

- €8000 for color management and calibration: the sum covers the rental of a color calibrating device with a specialized technician hired to balance the color and density of the diverse edited footage, recorded with several different cameras.

- €6000 for subtitles. Subtitling will be a key aspect of film combining several languages: Hebrew, Arabic, English, French… The international broadcast will necessitate an English version, a French one, and what is called the international version, on which each country can add its language.

- €12000 for audio mixing. The sum covers the rental of a mixing studio and the hire of a sound engineer for 6 days, to finalize the film’s soundtrack.

- €8000 for the film’s final output mastering and encoding, and the creation of commercial copies. The DCP has become the standard digital format for worldwide commercial release in theaters. Other less expensive formats such as blu-rays or HDcam will also be manufactured for the different needs of our distributors and broadcasters.

Fundraisings sometimes exceed expectations. If we raise more than €50000, you money will help to quantitatively and qualitatively optimize the film. A few items of expenditure are likely to be underbudgeted, notably :

- Archive use. The use of archive material is inherent to Marcel Ophuls’ cinema. The costs of archive use are high, for a long-term lease (15 years minimum) on the world market.

- Existing or original music : its use faces the similar copyrights demands than archives, in terms of lease duration and cost.

A warm thank you on our social media

A warm thank you on our social media + a large poster (40x60cm) of the film, signed by both directors

Private screening of the film “Road 181” by Eyal Sivan at the Confluences center. Group lunch, followed by a debate and a masterclass by Eyal Sivan: “Marcel Ophuls’ cinema”

Diner with senior journalist Sylvain Cypel, author of “Walled, Israeli society at an impasse”, in Paris. (Per group of 5)

Diner with both directors

Attend one day of editing.