Free yourself from gravity and support the creation of my theater play on the historical debate between Albert Einstein and Niels Bohr. 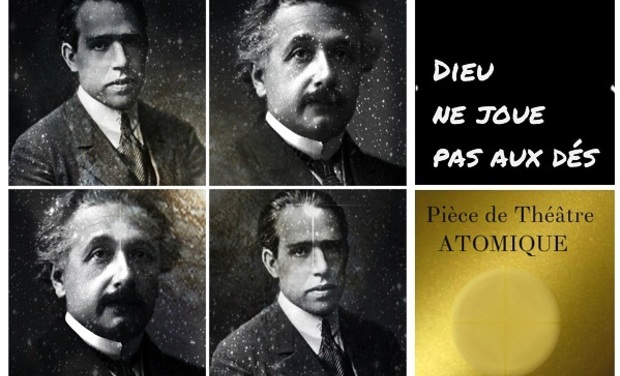 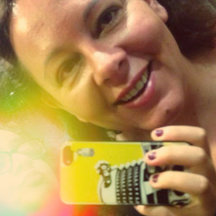 GOD DOESN'T PLAY DICE is my Theater Play Project on the debate between Albert Einstein and Niels Bohr.

This is the story of a travel agent,  a bit dreamy, a bit crazy, who as Obelix (the circumference is almost equivalent ...)   fell into a cauldron, the one of the fabulous history of science and has constantly since asked about the reality that surrounds us, the forces that dominates us and the all the contradictions unresolved till now.

The subject is a cinch. Two giants of physics, Albert Einstein, the first superstar of science, the father of gravity and large ensembles and Niels Bohr's father quantums,  and whose influence on the science of our century was stronger than anyone, have been fighting for 20 years. Their two physics is rigorously exact but undoubtedly irreconcilable.

The highlight of this debate took place in 1927, following the Solvay congress held in Brussels, place where my play will be located and where the characters will engage in a verbal joust jubilant located.

There followed numerous confrontations between these two scientific monsters, or it will be question of the moon (which may not exist ...) a cat (dead and alive) and love (no I'm joking).

It is a play especially intended for refractories with any fundamental science, for the traumatized of mathematics courses,for those  who know nothing there but are  simply curious or have in the corner of their head, somewhere, somehow, a desire for exceeding the assets of the real world.

A LITTLE BIT OF HISTORY ...

The photography of the participants of the fifth congress of Solvay which was held in Brussels from October 24th to October 29th, 1927 summarizes the most spectacular period of the history of physics.

With the presence of 17 holders or future award-winnings of the Nobel Prize on the 29 participants, this congress was one of the most remarkable meetings of brains which were never held.   This insane week put forward the ditch which separates classical physics from Einstein to the Physics of the particles, of Niels Bohr. Einstein spent the week to be tempted to prove that the physics of Bohr was incoherent, that it could be only erroneous. The quantum physics reveals that an electron in an atom, can be in a place, and then, as by magic, reappear in another place in to have been nowhere between the two.  It is as odd as if an object disappeared mysteriously in London and reappeared at once with the La Rochelle.

Einstein was persuaded that the Universe could not be governed by different laws. All the rest of his life he remained resolutely opposed to the idea that the universe described by quantum mechanics is governed by uncertainty. He could not accept that an electron can “really decide in  which way to go and when."

Bohr always regretted his failure to adhere to the cause of Einstein quantum mechanics.

Nevertheless discussions were civilized, sometimes funny and that's what I want to demonstrate.

During a debate, Niels Bohr argued with Albert Einstein about the reality of quantum physics. At one point Einstein, exasperated, threw to Niels Bohr: "God does not play dice! ", To which Bohr replied," Who are you, Einstein, to tell God what to do? ".

Einstein never ceased to struggle against the theory of Niels Bohr that otherwise he supported. He shot even in 1935, quite a challenge which was not resolved until decades later by a French Scientist  ... cock-a-doodle-do !!!

COLLECTION will allow me to do further research needed to write my play to make sure that all the facts and concepts of physics are solid and irrefutable.

To produce the play : Financing the material needs of the show, broadcast, communication, salaries .... The budget was set below:

10 euros and more : Many Thanks + your name listed on the facebook page.

An autograph from the comedians autographed + previous consideration

Good Lord …. I fainted ... I offer a public Love declaration , my autographed panties (size 54) + an invitation to attend rehearsals without forgetting my eternal gratitude