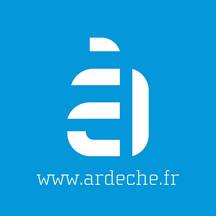 You can leave me there alone in Winnemucca

Leave me at Winner’s Casino and let me disappear

As an echo to this song, I started two years ago a series of photos representing these apparently insignificant places which, in my personal mythology, are so more representative than all my childhood remembrances .

The only places where, alone with empty pockets, I would feel perfefctly at ease. And where anything could somewhat be possible again, without being able to say why. These pictures tell me more than I could ever tell.

In this series, there’s a still of Winnemucca’s Winner’s Casino, a small lost Nevada town and I have always believed that this captured image on GoogleStreet would satisfy me without trying to go there physically speaking.

As I happened to manage in my previous works, I thought the  essential of the image wouldn’t lie on a snapshot or litterally I had taken that picture and that was it !

In my previous project (T)HERE, I‘ve taken photos of a stranger on the Web, wherever she was around the World. She didn’t know me, didn’t see me, I gave her no directives.

We had dozens of appointments on Skype each time she arrived in a new town. She was on her own, alone in front of her computer, I was taking photos of the screen, thousands of kilometers away.

On the one hand, by following such a procedure, I tempted to rise the contemporary question of ubiquity.

On the other hand, I tried to strip a use of tricks and bring under the limelights its specificity by leaving the questions unanswered : without its traditional qualities which are the choice of light and framing,  what is a photographer, and what happens to his subject ?

What happens to the  «  I was there » when you take a photo of a place where you’ve  never been, of a subject you’ve never met ?

With DROP ME OFF, it means going there physically to meet imaginary souvenirs.

Once again, it will be questioning the frontiers between a documentary and a fiction, display and privacy, tempting by the uptake of invented lives to scrap a reality flushing out  multiple virtualities which compose it .

In counterpoint of the analysis accepting the photograpy as a fatal art, I want to define and prove its capacity  to give life, focusing on what is there, waiting, but has not emerged yet until a picture reveals it.

Like a quantic fishing rod giving reality to a disolved fish in a pond, the act of taking photos, is, I think, inventive, in the  sense you use this word when discovering a treasure.

Now I know a treasure is waiting for me at the Winner’s Casino, and I finally understood I would never end this series without going there, physically, and confronting the previous image of the project to the one I will shoot there, and if I don’t take a photo of it, it will never exist.

From this desire, a film project was born. It will deal with invented lives, memories to come and essential fictions.

There will be slow shots and focalisation on a reality.

It’ll be dark, there will be lies . In fact it’ll be a true story.

The title of the film will be « Drop me off » the epigraph will be « True Stories Start At The First Lie » the number of people on the credits depends on YOU.

The film will be shown next to the exhibition of the series of photos as part of the Exhibition  TRUE STORIES Start At The First Lie at the Galery Le Magasin de Jouets in Arles from May 19th 2017 to the end of June 2017.