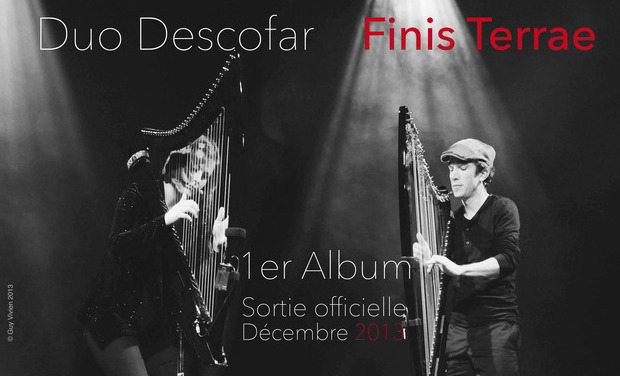 After a year of touring all around France with our show "Finis Terrae" (production JMF), we have decided to record our first album for this quite uncommon association: an electric harp duet.

The challenge of Duo Descofar is to take a fresh look at the traditional celtic music, plugged in amps, using the resources of electricity, but still deeply rooted in a musical and cultural patrimony. We mean tradition in its very modern and lively sense.

Further more, we will have a very special guest on that recording: Cristine Merienne will be singing on one track!

The official release date is december 2013.

Do not hesitate to contact us directly for any question!

A huge thank for your support!!!

Transportation fees and hiring of material: 400 €