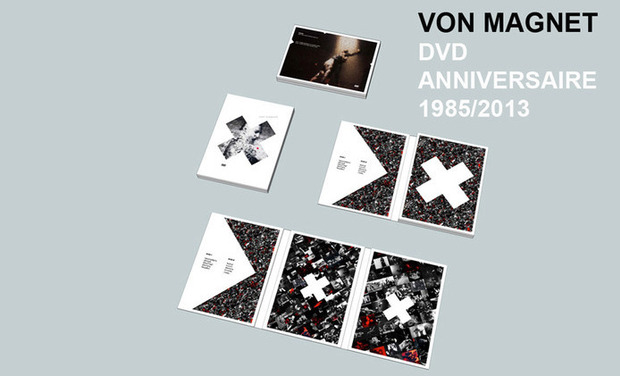 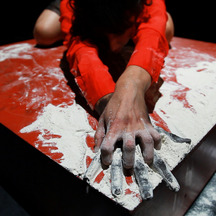 After  27 years of existence, the cult group Von Magnet is about to release its very first DVD.

Issued from the post-industrial 80’s underground scene, Von Magnet has been known for their eccentric “Electro-flamenco” style. They produced a dozen of CD’s and created challenging theatrical concert-performances.

“Time calls for reformations or unexpected come-backs, but certain bands never stopped developing and pursuing their work. It is the case of this collective called Von Magnet, rare representative of the post-industrial scene. Since they launched their venture in 1985, the multidisciplinary troupe carried on digging their transversal groove in the soil of theatrical & musical electronics, fertilizing flamenco, cinematic sound, world music, dance performance..."

In  1987 in London, Von Magnet invents the “ElectroFlamenco”. Flore has just arrived from Andalusia bringing with her a flavour of Spanish “Movida”. Phil is taking Flamenco classes near Brixton with dancer Nuria Kurland who will later join the group. Somehow they are fans of Suicide, DAF, Joy Divison, Cabaret Voltaire & Kraftwerk. Helped by sound wizard Philipp Erb (keyboard player with Psychic T.V) in control of the first Emulator samplers, they shape together a strange fusion mixing their common and antipodean tastes. Will follow a studio production signed by Ken Thomas, legendary producer for the craziest post-industrial projects on the planet. "Genius never Dies", "The Magnet" & "I" become underground hits.  Their first album “El Sexo Sur-Realista” is a shock. With the arrival of saxophon/keyboard player Stocha, actress Samia Doukali, visual artists/performers Laurence Abraham & Erik Yaeger, the group writes its first multidisciplinary performance.

Attractions / Repulsions, Von Magnet is born and our history begins....

1987 ... "El Sexo Sur-Realista"  in the middle of an arena covered with sawdust and encircled by television screens.

1991 with the legendary "Computador" in an Amsterdam shipyard, the early Aéronef of Lille or a car factory in Asnières...

Your contribution will help us to finance the pressing of this DVD.

A signed copy of our last Von Magnet C.D "Archipielagos" released this year

a signed and numbered copy of the DVD

A collector piece, testimony of our work since 1985, signed and numbered copy of the DVD with texts, poems + archive photos + artwork & special packaging.