Contribute to one new doc. feature production by EcoDreams 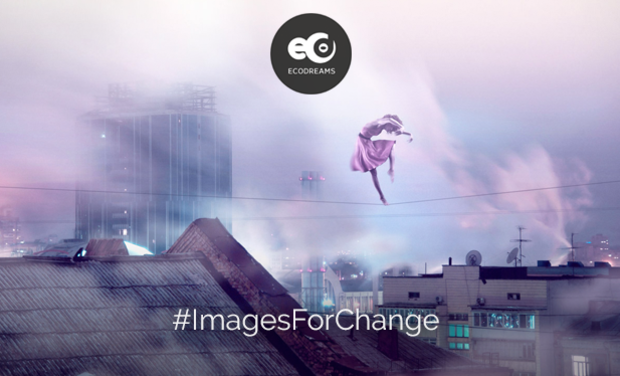 video above is english subtitled > click on the red underline icon

WHY THIS FUNDRAISER? WHY HELP US ?

THE NEXT ECODREAMS PROJECT will be led by Julie Lotz - www.julielotz.fr

In the United States, it is not rare to find innocent people locked up in prison or condemned to death. In this country which has the largest prison population in the world, ten individuals, on average, are released from prison every month after being exonerated. Yet proving their innocence is no easy task. And according to the experts who fight such injustices, the task is all the more difficult when it concerns women because they generally cannot use their DNA to prove their innocence. Indeed, women are commonly accused of crimes committed within the family environment where their DNA is omnipresent. While DNA is usually the key to exoneration, here it becomes useless. Without it, however, the path to innocence becomes much longer and more difficult. In this film depicting a different side of American society and a flawed legal system, Julie Lotz gives voice to these women whose lives have been shattered.

In 1990, Debra Milke was 26 when her 4-year-old son was killed in cold blood. He was shot three times in the head. Her roommate, who was babysitting her son at the time, was supposed to take him to the mall to visit Santa Claus. The lead investigator affirmed that, during her interrogation, the mother admitted to having ordered the murder to receive the insurance money. There was no proof, no witness, yet Debra Milke was convicted nonetheless. Three years ago, a new investigation revealed that the investigator had lied. Debra Milke was finally exonerated on March 23, 2015. This woman lost her son, she nearly died, and she lost 22 years of her life locked up behind bars.

Audrey Edmunds was 34 years old when she was wrongfully sentenced to 18 years in prison.

In 1996, Audrey Edmunds was living in Wisconsin with her husband and their three daughters. She was babysitting a group of children, as she often did, including 7-month-old Nathalie. But that morning, Nathalie suddenly lost consciousness just an hour after arriving at Audrey’s house. Audrey was immediately suspected of the murder, accused of having “shaken” the baby to death. Despite her repeated claims of innocence, she was imprisoned. She would spend 11 years of her life behind bars before being exonerated.

Kristine Bunch was 22 years old when she was sentenced to sixty years in prison for homicide.

In 1995, Bunch, who was pregnant at the time, was accused of setting fire to the mobile home where her 3-year-old son was sleeping. It took the justice system 17 years to realize the fire was accidental.

All of these women had no criminal records. They were all wrongfully convicted. They all lost several years of their lives because of a flawed criminal justice system.

NON-PROFIT ORGANIZATION SUPPORTED BY THE FILM

Since 2009, this organization has exonerated four women. Six lawyers work on these cases full time, with the help of students from the Northwestern University Pritzker School of Law in Chicago.

WHAT THEY PLAN TO DO WITH THE MERCHANDISE SALES PROFITS

(VOD of the movie, soundtrack MP3, theatre showings in PARIS/LILLE/NYC)

[$15,000] Organization of a public event for all the women exonerated throughout the US, so they can meet one another and raise public awareness about this issue.

[$25,000] Fees for medical experts and investigators working to exonerate other wrongfully convicted women.

[$50,000] Hiring of another lawyer to work on the large number of cases they don’t currently have the means to treat.

We need to finance the production of our film, which will allow us to travel to the US to meet philanthropic producers. If our project is to have the best chance for success, we need to raise €45,000. Our financial package is composed of a bank loan for €20,000 taken out by EcoDreams and a contribution of at least €25,000 from our KissKissBankBankers. The company behind the project, SEE YOU SOON OR LATER SAS has already invested €110,000 since its creation in September 2014, thanks to the consulting services offered by its founder:  www.sysol.fr

So far, these investments have financed:

- the French and English versions of our website : www.eco-dreams.com

- the documentary “WelcomeToAngkar” by Christophe Hamon: www.welcometoangkar.com a 52-minute documentary and its promotion in 20 festivals.

The documentary “Welcome to Angkar,” EcoDreams’ first production, was released in 2015. It tells the unique and dramatic story of Thell, a 28-year-old Cambodian who, along with her loved ones, found herself embroiled in a genocide that cost the lives of nearly 1.7 million people from 1975 to 1979. A tormented country, a devastated family, a compelling need to share the story so it is not forgotten… “Welcome to Angkar,” which was selected for numerous festivals around the world, depicts the destinies of a people and a family, thus providing audiences a different perspective of one of the greatest tragedies of the 20th century.

A film submitted to more than 120 international festivals, nearly 20 selections, a dozen nominations and 2 awards…

WELCOME TO ANGKAR | THE TRAILER

MEDIA : HOW HELPING US HELPS YOU

Through this digitally-focused distribution model, EcoDreams aims to hit a presice target audience, namely individuals in political and activist circles, before reaching out to the wider, general audience.   The majority of the revenue raised will be donated to the film’s partner NGO. (See the list above about what the CENTER FOR WRONGFUL CONVICTIONS, WOMEN’S PROJECT plans to do with the funds raised thanks to our INNOCENT WOMEN documentary.)

A team of 40 indie professionals, including 10 artists, with a crazy leader.

[€40,000] Financing of the documentary Innocent Women