I warmly invite you to give your support to a Catalog project presenting my 2015 photograhic serie " Mother & Daughter" - 2015. 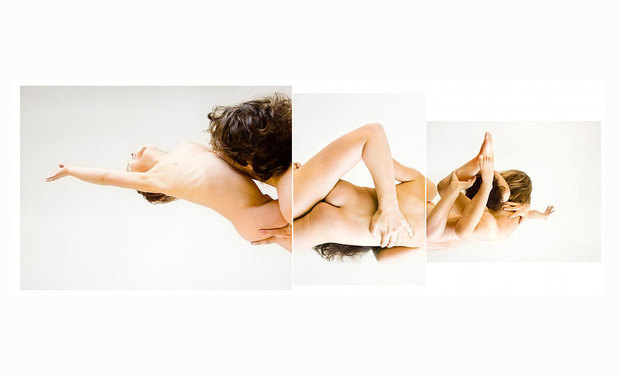 This censorship was based on 7 requests sent by post:

Those ones have been posted to the attention of the Curator Françoise Paviot , the galerist and myself, claiming the removal of all works belonging to this serie during the exhibition. (even without seeing all of them!)

These requests came from people, incest victims,  who saw in the image "Lion", the represention of a mother and a daughter, not corresponding to an "act of love".

Until today, the whole serie has never been showed: only in magazine "NEXT" (french national magazine Libération supplement) was most of the serie published and shown, with a text of introduction from Marie Ottavi.

-you would allow this serie to be brought out from this pedophilia-incest-censorship controversy.

-you would help the images to retrieve their original background:

20 years of art works narrated though an illustrated interview which would be published in the catalog.

-you would support a Mother and Daughter representation, which can not be reduced only to a candlelighted breast-feeding.

-you would allow the autors (below) who support the project, to be published, and so to provide to the images a better understanding.

-you would ensure to this work a continuity: allowing me to promote this photographic project with the help of this catalog in the best conditions.

This catalog will come with the following shows:

Stéphanie Boulard (Ph.D, Emory University, 2006) is Associate Professor of French in the School of Modern Languages at Georgia Tech and affiliate of the Groupe Hugo-CERILAC (EA 4410) of Université Paris-Diderot, France.

I'll be glad to answer to any of your questions about this project.

Set of the 7th images from the serie. A6 postcards Satin glossy paper 350g/m2