Let's revolutionize cycling with our emotions! 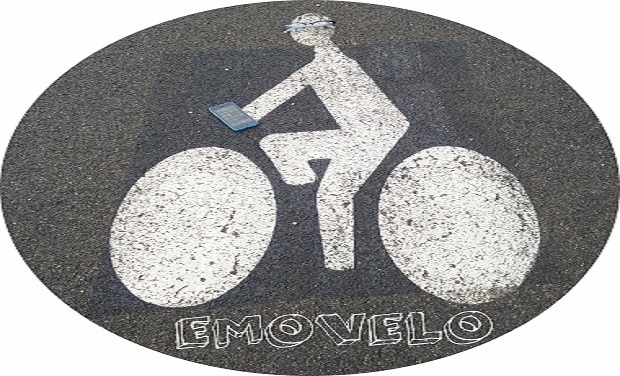 It all began one year ago when I thought of possible ways to relate ergonomics to the environment. Having worked for a year at IFSTTAR during an apprenticeship, I thought of ways of non-motorised transport and particulary the bicycle. So I started researching this form of transport. What surprised me the most is that the French population does not cycle. Check out on EPOMM .

Let’s compare the best French city for cycling with Strasbourg with one of the best cities in Europe, Copenhagen. We can notice in the modal part between the two cities. However Strasbourg has invested a lot to facilitate cycling with more than 560km of cycling lanes.

So how can we explain this difference?

I’m sorry but we will have to start with a few technical aspect. There is a thesis published in 2007 by Mrs Rocci analysing incentives and obstacles to behavioural change when reducing car usage. Lots of things to keep in mind.

·       There are multiple factors which can enhance or deter behavioural change.

·       Feelings and experience in different mode of transport helps to understand the obstacles to change.

·       We need to set up structures (facilitators) and incentives.

And it is this that led me to the thought that ergonomics could help and change the behaviour of individuals. Everyone has heard of ergonomics but what is it? Taking a quotation from Monod and Kapitaniak wich is easy to understand “fitting the job to the worker”. By studies in the field and in real life, ergonomics tries to understand what happens in order to modify the environment in a global sense in order to adapt itself to the individual. So ergonomics is a method of investigation capable of collecting people’s feelings and proposing solutions.

It’s not a miracle method but will better understand and clarify the problems.

How to encourage people to cycle?

Two points seems interesting. Patricia Delhomme, Werner De Dobbeleer, Sonja Forward, Anabela Simões created a manual to evaluate road safety campaign. And one of their conclusion is that users need to be specifically targeted in order to have a strong impact on them. If one wants to target young men, a knowledge of this population is necessary in order to have an impact on them. So for this thesis, it is necessary to target a specific population but which one?

It’s the second point that will help to target the population. There is a model (the transtheoritical model of change in behaviour by Prochaska and DiClemente) which helps to outline the different processes which exists when one want to change behaviour.

·       Contemplation: the individual starts to reflects on his behaviour

·       Preparation: the individual feels ready and wants to change behaviour in the near future

·       Relapse: the individual goes back to his old behaviour

We feel that by targeting those individuals in the stage of preparation, we could have a strong impact on encouraging them to take up cycling.

These are people who have taken the necessary steps to begging cycling. But what steps? They could also have an influence on others who are contemplating this activity. But if the influence is negative, the individuals in the state of contemplation will not go on the preparation stage. So it would seem that this population is significant in the process of changing behaviour.

Three studies will be undertaken.

·       A survey to identify the principal characteristic of non-regular cyclist using the transtheoritical model of behavioural change.

·       A diary, fitted out cycles and interviews to fully understands cyclists feelings before, during and after cycling. Emotions on track ? What motivates them to cycle regularly?

·       The same methods will be used on cyclists cycling regularly as a comparison.

Have you noticed I don’t say I but we?

I say we because I’m not the only one involved in this thesis. I have a fantastic director who is helping me to prepare this project, Mrs Patricia Delhomme from IFSTTAR. Without her I would still be reflecting on how to relate ergonomics and cycling.

And cycling-friendly in all this?

There are several concepts behind this idea.

·       In ergonomics we often talk about adapting the environment to the user. While watching the video of Pierre Falzon on the concept of capability environment it occurred to me that this concept could be used for road users. But how?

·       Comes the concept of Christian Nold with his emotional charts of pedestrians. With rather complicated equipment, he charted pedestrians emotions so as to have another point of view of the city.

Mixing these two concepts, we get an image of cycle-friendly environment. An environment where cyclists give their opinion based on their emotions. So the environment becomes preventative, universal and developmental.

To put in use these two concepts, we can use what is in common usage at the moment: smartphones. In the era of digital and shared information, the smartphone app can give us information not restricted in time, all most in real-time.

How can emotions can evaluate the environment?

An interesting aspect in emotions is that they are not only a reflection of an individual but a reflection of our society (Averill, in the book nature of emotions: fundamental questions). According to Cahour and Lancry, studies in the professional world show that emotions have a real impact in the quality of work. If we apply the same to the environment of cyclist we could do what is necessary to render the environment positive and this could encourage people to cycle.

How can you help us?

The budget is substancial, I admit it. It’s lots, lots, lots of money. So, we are looking for 17 500€. This money will help us to start the project by researching what has be done and publish an article. It will also show that the world wants this app. It will also contribute to paying the necessary equipment to realise the project: camera rideye  and gps, transport cost, contribution to kissbankers.

In a perfect world I would ask 102.000€ (The region of Ile-de-France finances a thesis to the sum of 102.000€ for three years) because I believe it is a real project for the future. But we are in difficult times and 17 500€ is a significant amount.

Your generosity will help us to grow, give weight to our project and hopefully give other sponsors the desire to help finish the project.

The recommendations for the cycle-friendly environment would come at the end of the studies.

A bibliographical research will be conducted to have knowledge of what has been done in behavioural change, cycling and emotions.

We begin our studies. These studies will give us knowledge which will be used in the project the cycle-friendly environment. For instance, which situation could we encounter?

Finally, we our working on the cycle-friendly environment in order to have basis from which to start a prototype for this concept.

Yes, all this work will take time. But, it’s more often better to take your time than to rush a project.

I am not good at saying goodbye, so I will leave you with an interesting “did you know”?

Statistically, the more cyclists there is, less accidents they are. It’s one of the only mean of transport (with walking) that can do that.