Encourage a scientific project studying one of our planet’s most iconic species: the humpback whale! 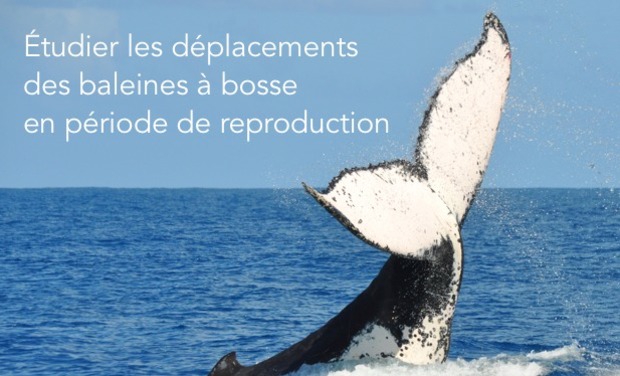 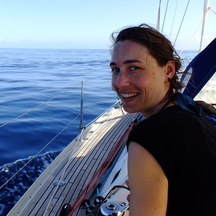 Humpback whales travel several thousand kilometres from the cold waters near the poles where they feed in summer, to the warmer waters near the equator. They stay in tropical waters during winter, where thy breed and where pregnant females give birth. The breeding season is a very interesting period for humpback whales, as they fast and therefore live on fat reserves during this time. Where do they go once in these breeding areas ?

During my PhD research, I tracked the movements and habitat preferences of Southern Hemisphere humpback whales during breeding season. I worked mainly on the population of humpback whales in Madagascar, one of the prime breeding areas of the southwestern Indian Ocean. In collaboration with Association Cetamada, I studied them over several consecutive winter seasons in Sainte Marie channel, northeast of Madagascar. I wondered what these highly migratory species were doing during those winter months when they were there exclusively to reproduce and / or give birth. Prior to my PhD findings, we had no ideas of their movements during this period. It was very exciting topic, you can imagine !

To collect information on their movements on a large scale and over several weeks or months, we equipped individuals with satellite tags that transmit the whales’ positions in near real-time.

I decided to initiate collaborations with researchers from around the world to access data of the same type as those obtained in Madagascar (data from satellite tags) from other breeding grounds in the Southern Hemisphere. Thanks to the researchers who kindly agreed to collaborate on this project, I was able to obtain data in 6 other breeding grounds (Central America, Brazil, Gabon, Western Australia, Eastern Australia and New Caledonia). A unique dataset !

In order to extract the full potential of this dataset and to open all potential opportunities of my job as a scientist, I would like to conduct this study at the NOAA Marine Mammal Laboratory, located in Seattle, USA, for 6 to 8 months.

To work with a researcher specializing in one of the Humpback whales’ Southern Hemisphere breeding areas (Brazil), who also has a great knowledge of large whales and this type of study.

What does this represent for me ?

It is a wonderful opportunity to carry out the project that I initiated and work in an international laboratory! A PhD is a big job and a lot of investment. Carrying out this study would allow me to extract the full value of the dataset that I was able to gather through international collaborations and give me the opportunity to produce quality scientific work, an essential step for the career of an ambitious young scientist.

What will this contribute to science ?

The fidelity of humpback whales to their breeding grounds, which are generally very coastal, is an important feature to consider in the management and protection of marine areas. The main threats to humpback whale populations in Madagascar, and in other regions, are anthropogenic (related to human activities), which is why it is important to increase our knowledge of their breeding and calving habitats and their movements. The information from our study will contribute to better knowledge of the populations and can be used in future management decisions for the conservation of the species and its habitats.

Why are whales important for our ecosystems ?

Humpback whales are migratory species, and are excellent indicators of the health of our oceans ! They live in all the world’s oceans, near coasts as well as in the open sea. Moreover, as they are located at the top of the food chain, study of the evolution of their populations informs us about the changes which take place within their environments.

Thus, humpback whales, like other large whales, are so-called “umbrella species”. By protecting this species and its habitats, we are protecting many other species in their ecosystem and therefore the oceans in a broader sense.

How can you help me ?

Talk about it, share this project on social networks.

Encourage this project by donating any amount you wish or be tempted by the incentives below to contribute larger amounts!

I also undertake to provide updates on my project throughout its duration and to inform you of public events and information sessions!

Thank you again for your generous support !

Who is behind this project ?

My name is Laurène Trudelle and the marine environment has fascinated me since my childhood. This passion has since guided me in my studies and professional choices. The project presented here is a wonderful extension to my chosen path ! I travelled to Sainte Marie, Madagascar, for the first time in 2008, where I first discovered humpback whales as an eager ecovolunteer. I returned in 2012, and then 2 more years in a row (to collect data) as part of my PhD work, and in 2017 to continue working on the collection of scientific data as scientific coordinator for Association Cetamada. Every trip brings magical animal encounters but also helps build strong human bonds.

At a time when biodiversity is under heavy threat and where there is talk of history’s ‘sixth mass extinction’, it is increasingly difficult to find funding to carry out scientific studies in favor of knowledge and the conservation of biodiversity. That's why I need you !

What’s this money for ?

The total cost of this project is 15,000 euros for 6 months. This includes:

- Attendance to an international conference (depending on the period) that includes air travel, conference registration fees, accommodation and food costs.

I have already received help from the Academie Française (Jean Walter Zellidja) and the Society of Friends of the National Museum of Natural History of Paris but I need you to complete this funding and make this project reality !

And if I exceed my goal ?

I'm going to jump for joy, dance and scream with delight!!!! The idea would then be to spend 8 months in Seattle. I would then extend the duration of this project.

THANK YOU FOR YOUR ATTENTION AND KIND CONTRIBUTION TO MY PROJECT!

Thank you to finantial supports:

A special thanks for your help in this project:

Heartfelt thanks for your contribution and support.

Receive 2 beautiful pictures of Madagascar humpback whales in postcard format. Choose from a selection of 9 photos taken by Association Cetamada during the 2017 season !

Receive 4 postcards + 1 high quality digital photo for your wallpaper ! I will also post your name and / or logo during the events that I will be presenting on the subject to thank you for your enormous support.

I offer 4 postcards to choose from + 1 sculpted-wood "tail fluke keychain" ! I will also post your name and / or logo during the events that I will be presenting on the subject to thank you for your enormous support.

Many thanks that include all previous rewards + a beautifully sculpted wooden "whale" (about 25 cm long) of your choice, made by a resident of Saint Marie Island. I studied the whales in Madagascar and love these sculptures. This choice also contributes to a local artist’s livelihood.

Previous rewards + a conference or less formal meeting or talk over a hot drink or other setting. I propose to come and talk to you about humpback whales, marine mammals, science, ecology and all that surrounds this fabulous project ....