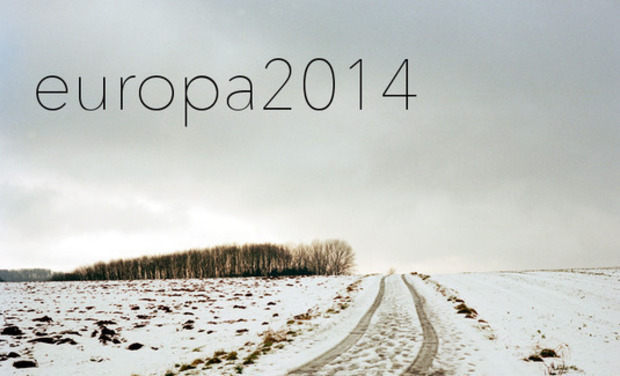 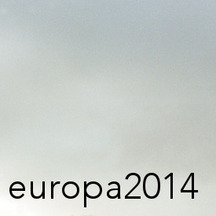 NOTE FROM THE 2ND OF DECEMBRE 2014 : the first crowdfunding campaign for europa2014 was unfortunately unsuccessful. But this doesn't mean we give up! We will developp the idea further and come back for a more ambitious try. To be updated about the project, join our facebook page :

(We wrote a very detailed description of the project in french, to download here. We will be pleased to translate some parts on request : for this, or other questions, write us at europa2014project@gmail.com)

europa2014 is a documentary series project that will be available for free on internet, to watch online or to download. Along 6 episodes of about 15 minutes, we will meet european citizens from various social backgrounds. Through villages, towns and cities of Germany, France, Belgium, the UK and Ireland, we want to discover their wishes, their reality, how they are looking at life, the way they consider their close and distant society, and how they are part of it. The variety of points of view given by this patchwork of portraits will be the cornerstone of the project. Combining three portraits per short episode aims at giving a starting point to think about what european society is in 2014.

A sequel to the Chronicles of a European Winter

(episode 1 to watch here and episode 2 to watch there. Click on the small rectangle shaped icon at the bottom right of the video to activate subtitles, and choose your language.)

The idea of europa2014 came after leaving some questions open at the end of our previous project. After finishing the 3 documentary films of the Chronicles of a European Winter, we realized that in 2012, people living in a Greece hit very hard by the crisis were forced to redefine their life projects.

Towards what? Some interesting thoughts were emerging, but somehow diluted in the constant anxiety and instability provoked by a crisis of an intensity never seen before. We now want to develop further on this question, in countries where a common language will allow a relationship as close as possible to the people : what do people actually want for their own lives in Europe?

europa2014 is a project conceived to be part of the new production dynamics allowed by digital networks and the internet :

A presentation video of the Creative Commons license concept, which will be used for europa2014 :

- the whole series will be free to watch, share and use under the terms of the open Creative Commons license,

- a direct consequence is that our initiative is and will remain not for profit (which is guaranteed by the Creative Commons conditions),

- our only possibility is then to finance the project thanks to a crowdfunding call, aimed at covering our production costs which are precisely defined in advance.

We want to produce a documentary work for the community, financed by the community and to put aside any consideration of profit or financial returns, even in the wished case of a consequent “audience success”.

The main component of our project is a series of 6 documentary films of about 15 minutes, which will be released online at a weekly pace in Mai and June 2014.

Each 15 minutes long episode will be a crossed editing of three portraits of european citizens, each one of them speaking one of our three program languages : english, french and german. By talking “about life” with people coming from different countries, different social backgrounds and different kinds of surroundings, we want to show the diversity of points of view that can exist in this Europe in crisis.

The three languages will weigh equally in the program time, and the subtitles as well as the homepage will be from the beginning available in english, french and german. This makes the project international “by essence”', and it will be presented as such, without giving more importance to any country or language than to another.

A dedicated website will allow a very easy access to the content, and everything will remain online on the long term. In addition to this main site, a making-of blog will be launched as soon as the work on the project starts, to regularly publish additional contents : texts, images, short videos, links, etc.

The facebook and twitter platforms, already available, will allow a direct way of communicating with the people curious of the project.

How are we going to achieve the project?

Our team of about 10 people who met during the "Chronicles of a European Winter" project will intensively work from Decembre to Mai to produce the whole series. It will then be progressively released in Mai and June 2014.

The team of "Chronicles of a European Winter" in the french national press :

Étienne Haug as a director, producer and sound technician, Nicola Bertasi, Richard Delaume, Delphine Ménoret and Valerie Schmidt capturing moving and still images, Nelly Ollivault for the editing, Tim Kieneker and Benjamin Miller to compose an original score and Roberto Laghi, Maria Strati and the association Radiofonies Europe for the communication will spend a cumulated 250 working days in the coming months to achieve the project.

We consider that fairly rewarding this work is the priority of our budget. Technical aspects come at a secondary place. (more details below, in the budget section)

The shooting will take place in december and january, the editing from february to april and the release in mai and june.

We already have a media partner in France : the online magazine Bastamag showed interest in following the project in the long run. Once the project is funded, we hope to get many more partnerships in all the countries of english, german and french language.

Producing a not for profit crowdfunded documentary in real professional conditions.

Our previous project, Chronicles of a European Winter, has already been made possible thanks to a crowdfunding campaign. This was an experimental try : we managed to collect 2000€ which were used to cover our material production expenses. All the work was then done “voluntarily”.

After this achievement, we would like to push the concept at its maximum potential with europa2014. Ideally, we would like to work in professional conditions to offer a quality documentary work to the community. In the frame of a modest professional documentary production, we would need a budget of 60000€ for this. This would include a retribution of 1,5 time the french legal minimum hourly wage for each person taking part to the project, no matter which competence. This would be the ideal case.

This ideal seems impossible to reach. Nevertheless, the whole team really would like to make this project a reality. This is why we are all ready to accept a huge compromise, and work on the project without the ideal budget. We defined a floor of 5000€ that we need to make the project exist in “amateur” conditions : the work furnished will be almost volunteer (20% of our ideal retribution, equivalent to 30% of the french legal minimum hourly wage), we will try to fulfill our technical needs thanks to the generosity of our friends, we will add additional personal funding...

Here is a summary of how it goes, according to the goal reached by the crowdfunding campaign :

(note : all financial details are in the detailed project in french, starting at page 15. Translation on request.)

- the project will not happen,

- all the pledges are cancelled, the website kisskissbankbank will NOT process to ANY bank withdrawal.

-the project will happen in the minimum budget conditions, far from real professional working conditions, and the director/producer is bringing 4000€ of private funding to complete the 9000€ necessary budget :

*125 working days by the team, with a small retribution of 40€ per person and per day : 5000€ (excluding the work of the director/producer, who renounces to any retribution)

- the daily retribution for each person participating to the project will be increased from 20% to 30%, then 40%, then 50%, etc. of the “ideal and modest” retribution, until reaching 100% of it (which is 200€ gross for the employer per 10 hours working day, which is 1,5 times the french legal minimum wage) This excludes the work of the director/producer, who renounces to any retribution.

- the real technical costs will be considered : all things lent for free by friends will be payed back at the usual rental costs : sound/image material, editing stations, vehicle.

-the 4000€ brought to the budget by Étienne Haug, producer/director of the project, will be given back.

We will invest this sum in a more achieved promotion of the work, to highlight the result of everyone's effort : subtitles in other languages, more active promotion on internet, public screenings, more flyers, posters, stickers, etc.

NOTE : Those 3700€ are not planned in the original budget, but we consider that if we reach 30000 euros of donations, the project deserves 10% of this budget to reach a broader audience.

- the director/producer of the project accepts to get a financial compensation for his work, starting at 20%, then 30%, and so on until 100% of the same daily rate that we defined before for all the other members of the team. (125 working days as : producer, director, sound recordist, sound editor, sound mixer)

Goal reached of 60 001€ : we managed to produce a documentary in professional conditions thanks to a crowd funding campaign. A big party will be organized with the last euro of funding!

many thanks + your name or nickname on our website.

all previous rewards + your name in the last episode's endtitles + an individualized postcard, sent from one of the stops of our shooting tour.

all previous rewards + one DVD/Bluray (to choose) of the whole series, in a limited edition packaging + one photo print, taken from our making-of pictures.

all previous rewards + an exclusive CD of the soundtrack composed especially for the project + our previous series "Chronicles of a European Winter" on a DVD/Bluray (to choose) in a limited edition packaging.

all previous rewards + the "culture" pack containing some masterpieces that inspired us for the europa2014 project : one novel and 2 films on DVD. We already know which ones, but this present will be a surprise ;-)

all previous rewards + your name mentionned as "coproducer" in each episode's endtitles + a meeting/debate with the director, at a location of your choice, for an event of your choice : private meeting, public screening, private or public event, for an institution...

all previous rewards + the status of project patron : the label "Project brought to you by {your name}" will be displayed at the beginning of each episode as well as on every support concerning the project : flyers, DVDs, posters, etc. It is also possible to use the name of an institution, IF IT IS NOT FOR PROFIT.