Europe Beyond Borders : a european tour that give voices to the inhabitants of the continent about european identity 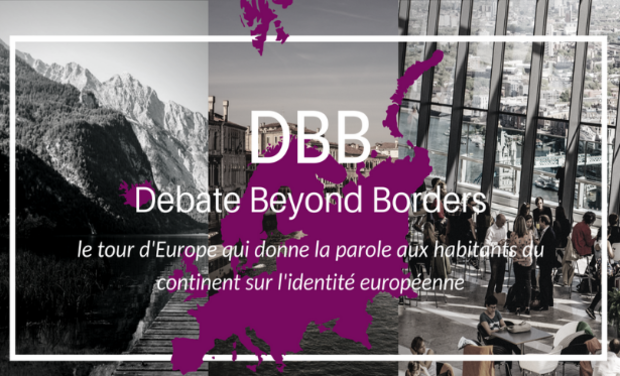 That is why, in September 2018, we go to meet Europeans and ask ourselves if there is a European identity.

Thus, we will cross the continent to allow its inhabitants, while exceeding the framework of the EU, to share their opinions on the existence of this European identity, necessary to the legitimacy of the Parliament and more largely to the European construction.

These exchanges and these testimonies will contribute to the debate on our common future. Is our unity destined to prosper by via an ever-stronger integration towards the creation of a federal state, or, as some hope, is it destined to crumble?

Purpose of the project:

Following this trip which will last the whole first semester and will extend on the month of January 2019, we will compile all the testimonies and our own observations in a report dealing with the state of Europe and the European identity necessary for representation in the European Parliament.

The results of this collection will be published in paper format, but also on this site and social networks, where we will share during the trip the progress of our work. The report will then be presented to the media, associations interested in Europe and citizenship, political parties, universities, high schools ... before the European elections.

At the beginning of September our European tour will start. We will meet the European inhabitants without social, political or religious discrimination.

This tour will stop in 20 countries. 16 are European Union member states : France, Italy, Austria, Slovenia, Croatia, Greece, Bulgaria, Romania, Hungary, Poland, Lithuania, Estonia, Finland, Germany, United Kingdom (which will still be in the EU at this time) and Spain. And 4 are not EU member states : Albania, Turkey, Ukraine, and Russia. To note that this itinerary might be subject to modifications depending on circumstances and opportunities.

Debate Beyond Borders is an association that aims to promote dialogue and citizen debate. Two law students, Mathis Commere and Marius Girard-Barbot created it in April 2018. It collects testimonies about the world around us.

DBB is particularly interested in Europe in its broadest sense and its relationship with the rest of the world. We are all volunteers, which is why your donations are important and decisive for our projects. They also allow us to maintain our independence, essential to the realization of a healthy debate.

As a French law student, I feel attached to Europe and its culture, a feeling that was developed over my travels and encounters. It was during my Erasmus year in England, after the "Leave" vote with regards to Brexit, that I became aware of belonging to something that went beyond my own country, but which remained clouded in confusion to the masses. Then during a study trip to Brussels, with Marius, we finally could put a semblance of a face  on what  we called the European Union. But this

international organization is very recent, all European states are not part of it and even among its members there are tensions. The idea of going to meet European citizens has therefore appeared to us as the best way to better understand what makes Europe, as well as figuring out in which state it is on the eve of the election a new Parliament. Moreover, my involvement with DBB allows me to show that despite our student status, it is possible to get involved in ambitious projects with meaning, exceeding what is expected of us at the university.

Very early, I developed a special relationship with Europe. As far back as I can remember, it has always placed the medals of my great-grandfather who fought in Verdun on the wall of my living room. For me it was Europe, a violent story. Later, during my law studies in Bordeaux and Paris, I discovered another Europe: the political and institutional Europe. I chose to spend an Erasmus year in Poland in the particular context rise to power of a very conservative government. This trip has  jostled  my conception of Europe.

In search of new European values, with Mathis, we went to Brussels for a study trip. We concluded that our academic knowledge of institutions was proportional to our ignorance of Europe as "people". Who are its inhabitants, what are their dreams, what are their fears? So, we wondered what unites us, what makes us Europeans. Faced with these unanswered questions, we had the idea to meet Europeans, whoever they are, to ask them what they thought.

The association Debate Beyond Borders will receive the integrality of the donations.

The crowdfunding campaign will be used to finance transport expenses. In order to meet as many Europeans as possible and to cover a large part of the continent, we have to move a lot, which explains why this is one of our most important expenses.

If we exceed the amount, the rest of the funds will be used to finance accommodation and / or our meals, which are other important expenses of our budget.

A personalized picture took during our trip and a big thank you!

Our report (PDF) + personalized picture took during our trip and a big thank you!

A poster of a picture taken during our trip + Our report (PDF) + a big thank you!

A personal call (phone or skype) to talk with you about our tour + a poster of a picture taken during our trip + Our report (PDF) + a big thank you!

An invitation for our post-European tour cocktail + a poster of a picture taken during our trip + Our report (PDF) + a big thank you!

An invitation to a dinner prepared by us with specialties of the countries we visited + an invitation for our post-European tour cocktail + a poster of a picture taken during our trip + Our report (PDF) + a big thank you!