Understand excellence, approach those who live it. The 7 characters in the film share a common denominator... A FactorX 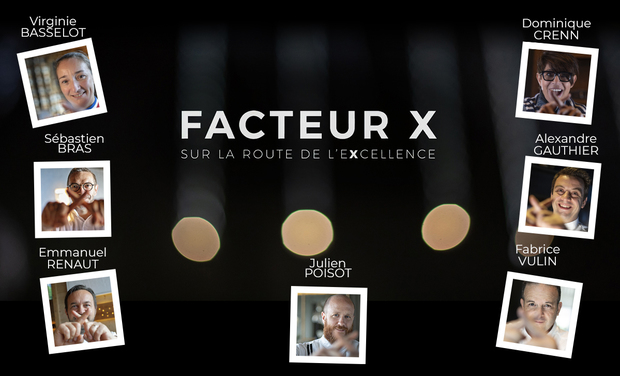 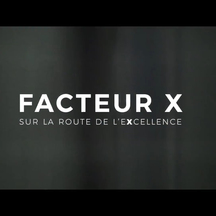 This is not a film about gastronomy, or even cooking.

The history of life paths,... the birth, the family, the territory, the schooling, the professional path(s), the encounters and the moment that triggered the ENVY. The characters in this film have had, in their life stories, a triggering element that makes them brilliant, happy today... but the path to eXcellence is not without obstacles!

Gastronomy, made up of rigour, knowledge, creations or madness, is highlighted to illustrate what is being said. Because the team that surrounds these great chefs is very similar to our society: Excellence is made of honesty, truth and a perfect awareness of what is right. Finally, this Excellency can be a way to multiply these little moments of stealth, happiness and well-being.
This film highlights, men and women of the kitchen, to give some keys to the spectators, some answers to all those who do not dare, who have not succeeded in letting their desires dominate their fears.
A motivating, beautiful, smiling, human film, carried by Alexis Maingaud's musical compositions, with seven emblematic and charismatic characters of gastronomy who share the poster on a field where we hear them only too little.

7 emblematic characters of French gastronomy, on 3 continents... They share, they transmit their experiences
Where did they come from?
Where does this strength, this desire come from?

A film about the perpetual battle between fears & desires!

They share their lives, transmit, without giving lessons, to perhaps trigger a momentum:
"Be fair and honest with yourself, in word and deed,
do not judge,
do not make assumptions,
do your best."

A small team to build strong relationships with the characters in the film.
the objective of the shooting in the kitchen is not to stage, just to capture the life, the looks, the exchanges in the kitchen and especially the magnificent alchemy that animates these teams.

Olivier, the director is an "Imagist", his career as a photographer for the magazine press has opened the doors of many high-end gastronomy brigades.

He was inspired by it, fed by it.

"The world of cooking has so much in common with our society, those who are in the light and the workers in the shadows. Yet these brigades are united as a beautiful rugby team.

Solidarity, everything is beautiful, this micro society is magnificent in terms of mutual aid, responsibility, balance, accuracy and excellence. “

The first 2 partners of the film kindly support the organization of the shootings and the numerous trips.

The director, talk about FacteurX

Inspire / Transmit / Challenge
To make the viewer aware of his or her ability to live better through the prism of excellence... do a little better every day than the day before.

The filming began in April 2018, thanks to the support of a first partner. He gave the impetus, the first impetus!
The rest of the investment is taken from the author's modest savings.
80% of the budget of the film already completed

There is still to be financed:
- the soundtrack of the film
- sound mixing
- colorimetry
- the rest of the trips (and there are many of them)
- all ancillary costs

- A first step of €6,000 to finalize the basic post-production
- Second level at €12,000 : 5.1 sound mixing in the auditorium
- Last level at €30,000 : Traductions & subtitles
Any additional amount at the last level will give the film crew the opportunity to repeat some scenes with more technical means. Because the very subject of the film pushes us, every day, to be in detail and precision, we would have the opportunity to repeat some scenes.

The important thing is to participate

Thank you! Even if it is minimal, your contribution gives us a lot of energy.

Be regularly informed of the progress of the film

Thank you! Because this film is based on transmission and sharing, you will be informed of the important steps of the film! - You will receive an invitation, by email, to participate in live shows with the director and some members of the film team. - Access to BONUS videos

To be in the credits

Step 1 AND … 2 / Your name or video in the credits of the film Yes, you could be present in the film FacteurX for the grand finale of the movie, in a photo or with a "homemade" video footage

An invitation to one of the 9 "Previews", with the film crew and some of the film's characters. Screening followed by a debate.

You are a cooking school, a company, a training centre or even a private individual. We are at your disposal to organize a private screening for you (in the cinema, on your premises, outside, or even at your home).