Support the production of the videoclip 'Kumbuka' by FAFOUL!

Support us in the production of a socially engaged videoclip that retraces the Belgian colonial past! 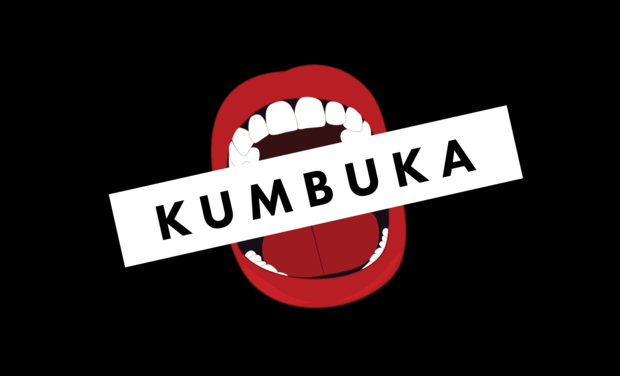 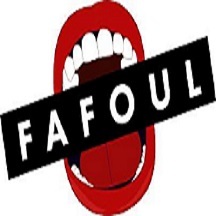 Support the production of the videoclip 'Kumbuka' by FAFOUL!

Our first album 'STOU!' was released in 2019 and we would now like to make a final videoclip for a song that is dear to us, "Kumbuka" (= "Remember").

The song questions our ancestors about the colonial past. It retraces in a chronological way the two periods that marked the Belgian colonization of Congo. The song is meant to be educational, without taboos and calls for a collective awareness!

Genesis and creators of the project

FAFOUL are two 'zinnekes' from Brussels, Gilles and Renaud. Two childhood friends whose paths crossed again in their twenties. Both share a love for music and share the same commitment on a professional level, both being social workers. The idea in 2018, was to create an album together around social issues that move them.

It's after having recorded a 'love song' entitled 'Mon étincelle',  that they came up with the idea to produce an album. The idea became more refined and the aim was to have an eclectic, grass-roots and socialy engaged album.

Renaud being multi-instrumentalist, composed & arranged the songs. Gilles having an experience of writing and rapping in the Brussels group Ozmose, wrote and interpreted the lyrics.

The album deals with topics such as gender, migration, capitalism, our relationship to consumption, the situation in Palestine, ... .

Three songs led to a featuring: the group Ozmose for the song "Nunca màs", the Palestinian singer Alaa Shublaq for the song "Pour Mahmoud" and the Belgian-Congolese sisters Anita and Marie Daulne for the song "Kumbuka".

The video-clips that accompanied the songs were entirely self-produced and FAFOUL was able to count on numerous collaborations with committed citizens and militant associations.

For example, "Nunca màs", which deals with the issue of migration, was filmed during the anti-racist demonstration in 2019 in collaboration with the citizen platform in support of refugees, the M.R.A.X., the 21/3 platform, the coordination of undocumented migrants, Nomad's Prod and other artists, activists and citizens committed to the issue such as Alexis Deswaef, Joy Slam, Zakia Khattabi, Zoé Genot, the voice of undocumented migrants, Francine Kouablan,... .

For "Kumbuka", we wanted to take the message further!

The song already counts on the beautiful collaborations of the Belgian-Congolese sisters and artists Anita and Marie Daulne. Two singers ans sisters, engaged for more than 20 years in the fight and the recognition of an Afropean identity, through music.

It is, among other things, after a "de-colonial" guided tour organized by collective colonial memory and fight against discrimination in Brussels that we found it important to address this topic in our album.

Indeed, we started from the observation that this period is very badly known by the Belgian population and that, in the need to come to terms with this dark past, it was necessary to go through a duty of memory. Because 'kumbuka', 'remembering', is a first obligatory step towards recognition of what happened!

For without knowledge, don't we risk reproducing the mechanisms that justified this colonial practice in the first place? Isn't it, among other things, the lack of knowledge about the colonial past that, to this day, feeds the racist and imperialist trends again and again?

It is clear that colonial propaganda has allowed to justify and convince this tyrannical project! History has not been restored, but rather has been evangelized, whitewashed in the image of a so-called civilizing work.

It only takes a short walk around certain cities, to observe certain monuments, statues, street names, folk traditions, expressions,... to realize that this past still praises the dominant, while picturing a denigrating image of the so-called 'dominated'.

Getting to know this past better is therefore also a way to become aware, to nuance and to be able to position oneself as a citizen of Belgium and of the world.

Be aware, far from us the will to appropriate or be the protagonists of anti-colonial struggles! This song is an interpellation, an appeal to the awareness of our country, its royalty, its institutions and its citizens to learn about, to recognize, remember and never forget this past, hoping that acts of reparation and deconstruction will continue to follow!

From a song to videoclip...

For the realization of this last videoclip, we wanted to call upon external people, sensitive to the topic and with an experience in the production of videoclips. We are therefore pleased to collaborate with David Marolito as a director and as co-director and cinematographer Pierre Vanneste.

Here, according to our director, is the universe (in french) in which we would like to immerse you through this clip:

Without revealing everything, the clip will thus picture a declamation, dance and urban calligraphy in a black box.

All this, with a dynamic and contemporary post-production.

Help us to finalize this latest project in the FAFOUL saga!  Support us in the making of our video!  It's also a way to show that you care! You will find all the counter-parts on this page but feel free to contribute or share this call for support in your network and on social media, that is another way to participate in the project!

Please note that if we exceed the expected amount, not only will we be able to properly pay the people involved (and we all know that professionals in the cultural sector have suffered in recent times ...) but we will also be able to make a generous donation to the organization "colonial memory and fight against discrimination" which do a great job of awareness and interpellation on this issue!

To your piggy banks and a big THANK YOU!

You will find below a breakdown of the budget and therefore of your contribution if we reach our goal: 3000€!  A clip with small means but with committed people and creativity

YOUR NAME IN THE CREDITS!

A big thank you and get your name in the credits of the videoclip!

YOUR NAME IN THE CREDITS + DIGITAL ALBUM!

A big thank you, your name will appear in the credits of the videoclip and you will get our album for free in digital format!

Our gratitude + crédits + album and come see the preview !

Your name will figure in the credits and you will recieve the digital album. And with all of that, an invitation to see the preview together! If you can't come we will send you the clip before it's release ;-)

In addition to the basic counterparts, and with all of that, a special decolonial and social citytour of brussels !

Album + credits + preview + citytour + a song for you!

Beyond the album that you will recieve, your name in the credits, an invitation for the preview and a citytour...pick a song from the album and we will sent you a personnalised live accoustic recording of it!

150€ or more? WAW! Thanks a lot! You'll get all the rewards and the whole world will know how grateful we are!