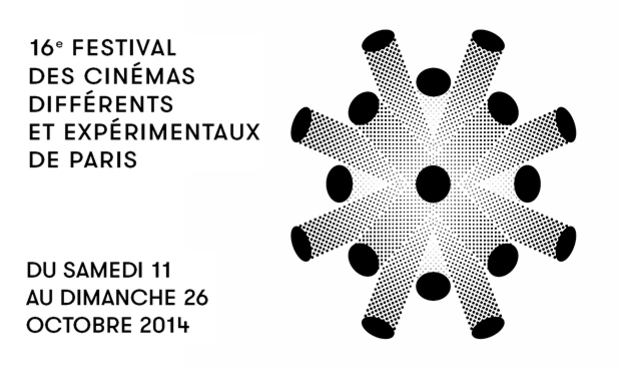 The 16th edition of the Paris festival for different and experimental cinema will take place from the 22sd until the 26th of October 2014 in one of the most creative and alternative place of Paris 13th area: les Voûtes (the vaults). The public will beneficiate from an original program combining screenings of experimental cinema with presentations, performances and new musical interventions. Other events will take place between October 11th-19th in different venues and organisations also contributing to this year festival edition (Église Saint-Merri, Les Instants Chavirés, Studio Galande, Shakirail). Join in and enjoy those surprising and original programs, investing and experimenting different ways to still be prompt to astonishment and discovery!

This festival edition will consist of two sections: the international competition programs and a series of screenings curated around the thematic of “music and experimental cinema”.

The seven international competition programs will present a selection of 58 recent films from 25 countries constituting a large spectrum of films and videos taking multiple overlapping forms as diverse as being un-narrative, documentary like, contemplative, minimalist, extravagant or poetic. The festival is committed to promote contemporary moving images practices as free and different gesture of esthetical, political, social and individual concerns. The audience will be invited to take part in the public debate with the five juries members composed of independent researchers, critics, journalists and curators. This public debate shall be the occasion to exchange point of views on those atypical creations.

This year special programs section will focus on interactions between experimental music and cinema with the aim to open up our programs to a wider audience without giving up on presenting demanding and challenging artistic works. 13 programs will take place taking various formats such as screenings, cine-concert, performances, installations, presentations and discussions with the audience in order to make us aware of the pleasure of sounds and images combined. Musical genres as divers as live experimentations, jazz, electro-acoustic set, concrete music, noise, post-rock, rap… will meet detonating moving images works crossing over several decades of experimental cinema.

We will have the great pleasure to have many filmmakers present for this festival edition (Martha COLBURN, Patrick BOKANOWSKI, Patrice KIRCHHOFER, Robert CAHEN, Xavier CHRISTIAENS,...), as well as musicians (SCORPION VIOLENTE, MAGIC MALIK, Joana PREISS, Alexandre YTERCE, Lionel MARCHETTI, HEADWAR...). Some of them will present their long-standing collaboration; others will be associated for this special occasion in order to present a one off audio-visual program.

This edition will present several key experimental practices across different decades with cinematic works from the early 20th century (Alice GUY, Georges DEMENŸ, Luis BUNUEL...) along with more contemporary experiences (Lis RHODES, Stuart SHERMAN, Stanley KUBRICK,...). It will also be the occasion to rediscover some of the key figures the 70’s French experimental scene such as the filmed-journal practices influenced by the psychotropic substances of the time  (Pierre CLEMENTI, Étienne O'LEARY,...) or the experiences that came out from the notorious radio and television laboratory and its research department led by Pierre Schaeffer from which many composers and filmmakers emerged (Michèle BOKANOWSKI, Piotr KAMLER…).

This festival edition is resolutely trans-disciplinary and will present synergistic programs both creative in a musical and cinematic sense. It will combines the rediscovery of key artistic practices both playful and demanding along with several contemporary creations takings as many different forms as they touch on various topics. By supporting this festival, you are also contributing to the maintenance of a lively alternative culture. Your support will help encouraging artistic practices that are not coined by a mercantile vision of culture as a short-term profitable investment. Instead, your support will hep us foster a more ethical cinematic and musical culture.

Pictures of the 15th edition

HISTORY OF THE FESTIVAL  HERE

The organisation is publicly funded by state entities such as the Île-de-France region, DRAC, CNC and the Paris town hall. However, our state subsidies diminished slightly over the last three years given the overall economic climate and the consequential general budget reduction that took place across all cultural organisations. Despite such dim context and that our grants do not allow us to maintain the standard of our activities anymore, we choose to carry on developing our programs. This festival edition is the most ambitious we ever programmed since it will be resolutely trans disciplinary across experimental music and moving images.

All the persons working on this edition are volunteers except the two full time employees running the administrative aspects of the organisation along the year. Many artists, filmmakers and musicians already made an effort regarding our limited budget situation in order to make this edition possible.

We did everything we could to come out with this year program in this context. Now we need a final push to make it happens and this is why we our calling out for your support.

Your donations will help us with the renting of the equipment (1000€) and paying technicians fees (500€) as well as help us pay for the return journey and stay of the Kolkata based artist and musician known as Q who will present the closing event of this year edition (1500€).

previous rewards + become a CJC’s sustaining member and benefit from the possibility of tax exemption in France (please contact us if you wish any assistance with the administrative process) + the organisation of a one hour special screening curated by you from films and videos that are part of CJC’s catalogue.

partnership with a structure or a brand. The structure’s or brand’s name will appear on our website with an active link towards your site.