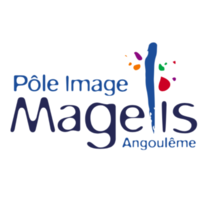 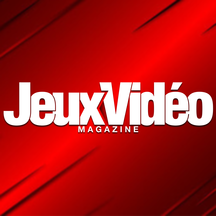 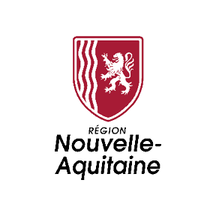 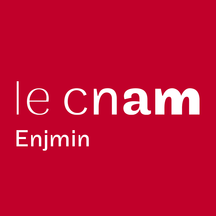 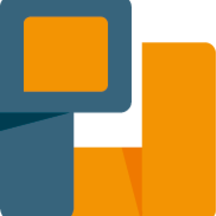 This is the project of a lifetime. Our baby. A great adventure and role-playing game that will take you on the trail of a wolf and her cub in a vast open world.

Follow My Steps is a narrative role-playing game, punctuated by spectacular action scenes, which takes place in a dreamlike universe inspired by the natural world. Snowy mountains, dark forests and desolate ruins will serve as the backdrop for this great adventure. In this story, your decisions will impact the story and the outcome. It’s up to you to make the right choices.

Your goal: to raise and protect your cub, Lou. Survive together, and try to escape the mysterious Midnight Pack that is chasing you.

Inspired by classics such as Zelda Breath of The Wild, Okami, The Witcher, The Last Guardian or Shelter, we wanted to create an emotional experience, a game that leaves no one indifferent and which will remain in the memory of players for a long time.

Our team focused on writing an original and engaging story. The members of the Game Cup jury (the equivalent of the Coupe de France for video game creations) were not indifferent to the game: along with the public, they selected Follow My Steps as the best project of the 2020 edition, making our game the first winner of the competition.

In Follow My Steps, you will explore a vast open world with a wolf and her cub. Using your wolf senses, you will be able to find the elements which will enable you to survive in the wilderness. You will have to solve numerous puzzles to progress, while carefully observing the environment surrounding you.

Throughout the adventure, the player will experience the strong and unique bond between a mother and her cub. Lurking in the shadows, the Midnight Pack hunts down the wolf and her child. Protect your child by fighting spectacular and epic battles.

With four different styles of magic, you can vary and adapt your fighting tactics. Some boss fights should also give you adrenaline rushes, and as many lasting memories.

Between exploration, puzzles and fight scenes, you will also have to make choices that will have consequences on the story and on your cub’s behavior. The story will be yours, shaped by your choices and your own temperament. Hopefully, this will arouse emotions that are rarely felt in video games.

The story of the game is inspired by the codes used in Disney/Pixar productions, with mature themes such as parenthood, the transmission of knowledge, the sense of responsibility, solidarity, determinism and human relationships. The game is intended to be a breath of fresh air, positive and agreeable. It will be entirely dubbed in French and English.

You will be in charge of your cub, Lou. It’s up to you to protect him, to help him discover the world and to provide for his needs. Throughout your adventure, Lou will ask you questions about the world around you. You will have to answer him as best you can, but be careful: each choice will have an impact on his personality and the rest of your adventure. Will you try to keep him out of danger or will you harm him to face the Midnight Pack?

Join us in this great adventure! In order for the game to see the light of day, we have created different packs for you. A way to offer you items inspired by the game exclusive to this campaign, but also to multiply the levels so that everyone can support our project as he wishes.

Since we do not want to make you wait too long, all these packs will be delivered in December 2021. However, because it is an ambitious project, the game (PC Steam code) will be sent later in December 2022.

All the visuals of the packs presented in this campaign are non-contractual and may be subject to change.

Midnight Games is an independent video game and interactive experience development studio founded in 2015. After the release of Running Gods on PC and Exorcise The Demons in 2019, the studio is experiencing a beautiful evolution in the ambitions of its internal projects. The studio has been awarded by industry professionals and the public: grand winner of the Gamecup (the French cup of independent video game creation), among more than a hundred projects.

Follow My Steps is already the third game of the studio.

Founder of the studio, and with a rich experience in the video game industry with more than 40 titles ranging from AAA to mobile games, Sophian will be the designer of the project.

An actress who has worked on iconic licenses such as Dragon Ball Z (yes, it’s the real voice of San-Goku!), Brigitte will be in charge of the artistic direction of the game’s voices.

With over 200 films and video games to his credit, Olivier Michelot will offer you and epic and relaxing and musical experience.

Iconic actor who worked in Warcraft, Star Wars, League of Legends or Diablo, PADG will lend his hoarse voice to the game.

But we are also joined by a team of 3D animators, testers and level designers who will reinforce the production at the end of this campaign!

Join us on social media to see the latest game news, enter contests, and unlock additional physical rewards for top tiers from the Adventure Pack! Follow us to grow the community and share the project to support it with a simple click!

Help us promote the project on your social networks! For each level reached, we will add additional mini-games to thank you for your enthusiasm!

With the campaign budget, we will be able to expand the team to provide you with high quality cinematics, enrich the open world and offer you the best possible gaming experience. Moreover, the sound is an important part of your gaming experience, so we will pay special attention to the music in the game.

All pack contents will be delivered in December 2021. The game, a PC code (Steam) will appear in December 2022, the time we need to finish the game whose production has just begun.

And that’s not all! More resources will also allow us to consider new developments. We have already calculated the amount of money needed to enrich the Follow My Steps adventure. If we reach these levels, we will be able to go further in the ambitions of the project, recruit new people to help us create a game that meets your expectations and even, we hope, beyond!

The future of the project is also in your hands, we count on you!