My home : FUKUSHIMA – If one day, you live in a radioactive zone, how will you react ? 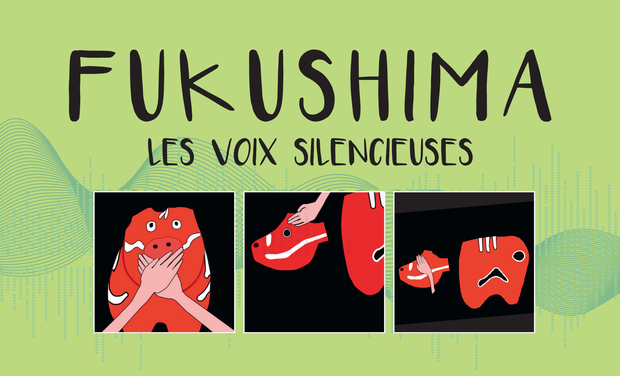 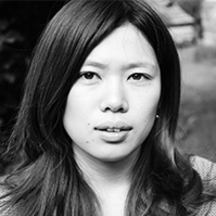 My name is Chiho SATO, I live in France since 2010. I was born and raised in FUKUSHIMA. My whole family lives only 60 km away from FUKUSHIMA DAI-ICHI nuclear plant in an area called : “The Voluntary Evacuation Zone”. More than four years after the disaster, the invisible radioactivity is still omnipresent, but gradually vanishing from the locals 's mind.

Unlike the apocalyptic and anxiety-provoking images often shown in Europe, I'd like to make an intimate documentary with genuine stories coming from the people who live in one of the most radioactive places on earth.

My aim is to reignite a debate regarding Fukushima's situation including the voices of the locals.

The explosion of FUKUSHIMA DAI-ICHI's nuclear reactor that occurred on March 11, 2011 had a large impact on the public's opinion against nuclear energy.

Some countries even changed their energy plan, as did Germany. Many demonstrations and anti-nuclear movements shouting indignation were seen across the world. But what have we heard from the first concerned: the people from FUKUSHIMA.

Since the accident, I have been back four times to FUKUSHIMA. While I worry about my family's health, my dad keeps telling me : “Everything is okay, there's just a small amount of contamination”.

But I don't get it ! I don't understand how he can stay so confident or optimistic knowing he is getting contaminated more and more every single day. Does he say that just to comfort me ? Or is this a form of fatalism, maybe even a kind of resignation ?

Just after the earthquake, worldwide medias admired the phlegm and resilience of the Japanese people facing adversity. There is certainly a part of truth in this cliché...Perhaps it is related to our culture, our beliefs, or our education. However, the fact remains that TEPCO, the company managing FUKUSHIMA DAICHI nuclear plant, admitted that there are leakages of 240 millions of becquerels per day. In other words, the same amount of nuclear pollution created by HIROSHIMA's bomb... every day.

How can we not be outraged when the legendary Japanese phlegm eventually looks more like apathy than bravery !

Now, I've decided to go back to FUKUSHIMA with a certain goal in mind : to have my family start talking about the catastrophe, which seems to have become a deadly, but useful omission to them.

I want to make sure that they fully understand the risks they are taking by staying there.

Early after the accident, very concerned, I asked my mom and dad if they were thinking about moving somewhere else. They easily answered : “No”.

It was at that time when I noticed by surprise that concerns, doubts, fear, or debates regarding nuclear contamination never came up in our family's discussions.

The disaster, which at the time moved deeply so many people in France, was an absent topic for those who were actually living it. Naturally, during my visits that followed, I've never heard my parents's point of view on the subject. I never had the opportunity to share my interrogations, my feelings, nor my sadness about our province's future.

I understand now that the more time goes by, the more invisible radioactivity threat is flying away from the minds of FUKUSHIMA citizens.

This is the reason why I've decided to make this documentary.

For FRANCE not to forget. For my family not to forget. Also I would like to try to understand together how the everyday life of people in this region could be damaged for the next 300 years.

This documentary has to be in the intimate family circle, privileging free talk.

Therefore, technically, I plan to shoot with a small compact HD camera, not to disturb our family moments.

In March 2015, we've shot several scenes necessary for film editing. There are those you can see in the trailer above, but also many others :

We've shot my grand-mother to whom I proposed to visit a radioactive analysis laboratory where her vegetables were analyzed.

We've shot the discussion I had with my grand-cousin who is the leader of an agricultural association in FUKUSHIMA.

We've shot a commemoration event of the catastrophe, which was the only one that took place in FUKUSHIMA CITY on March 11. It was very shocking to see how few people were there. Not a single Japanese media was present. We were the only ones filming.

We've shot anti-nuclear protests in the streets of TOKYO. Very well (or too much) managed by the police forces.

We've shot the tents occupied by anti-nuclear activists that stood in front of the Ministry of Economy in TOKYO. We've also interviewed the leaders of this action. Since our shooting, these activists were summoned to court and judged guilty for disturbing public peace.

We've even shot the Prime Minister of Japan doing “high fives” to people at FUKUSHIMA train station during his political campaign.

But we are still missing the main part of the film : Discussions with my parents, grand-parents, and sister. To make sure to shoot free and natural family conversations, we need to stay longer with them. This is the reason why we plan to go back there again for two months in November and December.

My mum : Michiko SATO, 60 years old, nurse. She goes to work at 7 am and comes back home at 7 pm. On March 11, 2011, when the earthquake struck, she was on duty in a nursing home in FUKUSHIMA CITY. Michiko was already aware of the nuclear risks in the region led by a big earthquake. In the past, she had protested against overproduction of nuclear energy in her province.

My dad : Michiaki SATO, 63 years old, retired hospital accountant. Diabetic, insomniac. He spends most of his daily time gardening and housekeeping. After the accident, he read dozens of books about radioactivity.

My grand-ma : Mino SATO (maiden name : SASAKI), 84 years old, farmer. She's always lived in the same neighborhood of SABARA (FUKUSHIMA's prefecture). Disillusioned by “contradictory and complex medias”, she has decided not to listen to news anymore. She keeps harvesting and selling her vegetables to agricultural cooperatives.

My grand-pa : Zenkichi SATO, 89 years old, retired construction worker. Born and raised in the same old family home we live in today. Now, as my gran-ma does, he cultivates vegetables in their fields. He also takes care of dozens of Bonsaïs left by his father and grand-father. He takes daily long walks in the mountains around. He feels that radioactivity is not dangerous but complains about medias.

My sister and family : Kana MIYAZAKI (Maiden Name : SATO), 33 years old, housewife, married to Hideaki MIYAZAKI. They have two children aged 7 and 10. They were living in FUKUSHIMA when the accident occurred but then moved to another province. But a few months ago they came back to the region. My sister's very poorly informed about radioactivity risks. She knows it's dangerous but doesn't feel concerned. Very often, she grabs vegetables cultivated in our fields to feed her family.

My husband, Cameraman and Director, has been working on this project with me. He's the one filming and helping me in every step of this documentary.

Lucas studied in ESRA (Ecole Supérieure de Réalisation Audiovisuelle), a famous film school in PARIS.  After his graduation in 2006, he worked on more than 60 films (Short Films, Music Videos, Documentaries, TV Shows and Feature Films as Director, Assistant Director, Director of Photography, Cameraman and Gaffer. He also assisted American acting coaches for a while (Susan BATSON and Bob Mc ANDREW). In 2008, these experiences led him to become an Acting Coach himself at “L'Entrée des Artistes” an actors school directed by Olivier BELMONDO.

In 2013, he co-founded a film production company named Nautéin prod

First, I have to say, that we have found a production company that has shown interest in our project, but after one year of writing and rewriting the script for them, we are facing lack of sufficient budget and they were never able to find a TV channel to purchase our project on paper.

Although, for me, making this documentary is not about money, it's not an option, it's become VITAL!

My husband and I already filmed some scenes in March 2015 (as you can see above) and we're not going to give up halfway down the road. Therefore, we chose to go forward and get this documentary done by ourselves. We take care of our travel tickets, on-site expenses, and obviously do not receive any income during the film making process (preparation, shooting, editing, etc., which takes about 6 months long).

However, to improve the visual quality of the documentary we absolutely need your help.

NB : If we are lucky enough to get more funds than expected, we intend to fully reinvest it to offer you a better documentary. For instance, we will be able to have an original soundtrack or a professional color grading... All these improvements could allow us to create a better quality documentary to submit to film festivals and hopefully get more people to watch it. And to not be forgotten.

I appreciate from the bottom of my heart your generous donation to continue our work and for spreading the word to whomever might be interested in this project through social networks.

THANK YOU !!! - 2 invitations to the projection in PARIS when the film will be done. - Your name in credits.

THANK YOU !!! THANK YOU !!! THANK YOU !!! THANK YOU !!! - Full presentation file of "FUKUSHIMA : Silent voices" including : script + note of intent + photos . - 2 invitations to the projection in PARIS - Your name in credits. - One AKABEKO Akabeko ( 赤べこ) the RED COW. This is the TÖHOKU region symbol of which FUKUSHIMA is a part. As the legend says, a red cow saved the region from the threat of epidemic a long time ago. The Akabeko is made from papier-mâché covered of painted wood. The head moves when you touch it.

THANK YOU !!! THANK YOU !!! THANK YOU !!! THANK YOU !!! ありがとう aligato !!! - Full presentation file of "FUKUSHIMA : Silent voices" including : script + note of intent + photos . - 2 invitations to the projection in PARIS - Your name in credits. - Okiagalikoboûshi (起き上がり子法師) = buddhist monk who get up. - One AKABEKO Akabeko ( 赤べこ) the RED COW. This is the TÖHOKU region symbol of which FUKUSHIMA is a part. As the legend says, a red cow saved the region from the threat of epidemic a long time ago. The Akabeko is made from papier-mâché covered of painted wood. The head moves when you touch it.

THANK YOU !!! THANK YOU !!! - Full presentation file of "FUKUSHIMA : Silent voices" including : script + note of intent + photos . - 2 invitations to the projection in PARIS. - Your name in credits. + 1 post card send from FUKUSHIMA to let you know how the shooting's going.