FUTATSU NO HAZAMA DE ( in between)

I want to make a film, which is a result of the project "Fukai Shizukesa" (photographic exhibition, 2011) on the affected areas in Japan. 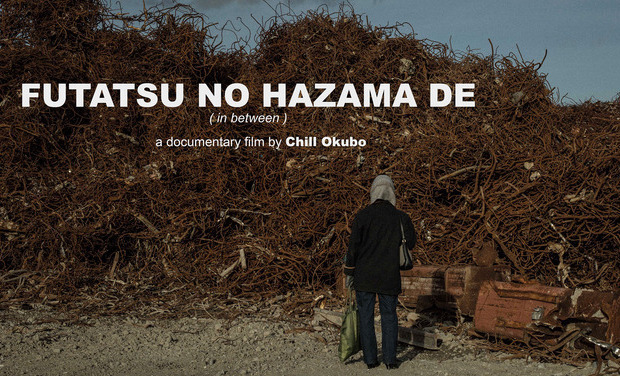 FUTATSU NO HAZAMA DE ( in between)

which means "in between"

It expresses the "between" cultures, societies and countries. I'm talking about a woman who has lived in Japan from his childhood up to 25 years, and who made the choice to leave their country to live in France, this woman is my mother. I speak from my point of view "in between" mixed Franco-Japanese with a very marked by the growing maternal education.

Since my project on the affected areas of the tsunami on March 11, 2011 which resulted in the exhibition "FUKAI SHIZUKESA" during the Rencontres photographiques du 10e arrondissement (LINKS : tab EXHIBITION ) I am working on a documentary film on the same subject.

I want to address in this film's view of a Parisian Japanese national, my mother, who lived these events far from home. While at his place of work (semi-governmental organization) she received information from Japanese media continuously, France, the subject was quickly forgotten and put in headings anecdotal. We have embarked on a journey to the scene to see that on which the French State did not communicate.    We realized that many small coastal towns remained in the state of destruction. Observing and talking to the residents of these cities, life seemed to have taken its course significantly differently.

Arriving in a missing cities , I will show to my mother the pictures I took during our first visit to the same place, then follow it with a series of questions on the memory of our first passage and other more personal about his life, our life. And I will establish the portrait of a woman in transition between two very different from other companies. We will question the inhabitants of these victims about the measures that the State has set up places for them. With this protocol, I will highlight the impact of the disaster a few years after their lifestyle, their thinking, their future. I will show the difference between the Western consciousness of subject and the Japanese people. Confrontation with my mother these people by addressing political, economic and social issues take the form of interviews where socio -political issues and intimate alternate.

A Sound Designer will be hired to compose a soundtrack from the city noises recorded. City that was, city remains. Will add the voice interviews and direct sound. I put forward and off spacio-temporal fields on images.

The budget would allow me to better absorb the production. My goal would then broadcast the documentary in festivals in France, Japan and abroad, and to solicit television channels. In addition, I want back my exhibition "Fukai Shizukesa" in a gallery incorporating the film.