Get on the road to Brazil with the artists of Futura! Circus, music, painting and typography together for a unique and creative expedition. 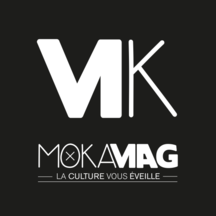 Embark with Futura Brazil on an original journey where circus, painting, music and typography will lead us for one month of creations and encounters.

Follow this adventure day-by-day and discover this unknown future. Returning from Brazil, a book will be edited to tell the story of this collective adventure.

12 artists: circus I painting I typo I music I photo I video

Trained at the National Advanced School of Circus Arts in Châlons-en-Champagne (FR), the Collectif was created to follow this simple line « If not everybody goes to circus, ours will go to everybody » and this becomes a reality for the ones who crossi their road. They created in 2012 «Rien n’est moins sûr » (Nothing could be less certain), a off-line and off-roaded circus show. One year later, the show « Quand Quelqu’un Bouge »(When somebody moves), an « under the big top » show is played in many public places. The last Collectif ’s show « Histoires de Blues » (Blues Stories), is a tribute to Afro-American music. Today, ti is more than 150 shows, 640 hours in a van cab, 5000 jumps and 150 000 km driven across the world. The Collectif is composed of Fanny Alvarez, Antoine Guillaume, Marius Ollagnier, Maxime Reydel, Karim Messaoudi and Samira Boukhnous.

Native from the South of France, Alexandre Bellando came to music with classical violin and acoustic guitar. Aged of 18 years old, he joined the ALTA School in Paris, than became a music teacher at the New School of Music in Reims. He also played on parisian stages, ventured into many artistic experiments and musical influences such as Jazz, Blues,  Arabo-Andalousian music, balkan, cuban and brazilian musics, but also contemporary sounds like Hip hop, Trip hop and other electronic musics. Thanks to the experience he has gained, he created Baklawa Music, a production structure designed for migrant music. Concerts, shows, a mobile recording studio, master classes, Baklawa paves the way for the creation of a bridge between France and Morocco, linking Africa and Europe.

Interactions on the Futura Project:

Concerts -  Live sessions with other artists  - Recording in mobile studio

Founded 5 years ago by Guillaume Betemps on his return from Brazil, the Atelier à l’Envers presses lead types, wood types and above all, the eternal idea, that traditional printing remains a magical liberty, that must be rediscovered. With traditional typography l'Atelier à l’Envers offers a real journey through letters, words and meanings…

Considered one of the pioneers of brazilian street-art, Ozi created many artworks on São Paulo city’s walls and has been involved in multiple collective projects, and in particular across the city’s suburbs. His work has been exhibited in galleries, museums and cultural centers both Brazil and abroad.

Artistic project created by Felipe Ribeiro, the Circo Fusca invests the countyside of Minais Gerais by inviting local people to come and see a show but also to participate, exchange and discuss in order to share a common passion for circus.

Workshop dedicated to creation and typographic learning, created in 2000 by Claudio Rocha and Marcos Mellos, the Oficina plays with our perceptions of the visuel language. Away from the standardized productions, here is a single message made of lead types, wood types and fed with the unexpected.

Our goal is to reach 12000 € with this crowdfunding campaign which corresponds to 1/3 of the overall budget of the project.

If this goal is exceeded ?

+ 5000 € = creation of an exhibition/show of Futura Brasil in France when we come back to present teh creations of this expedition.

+ 10000 € = invitation of several brazilian artists to take part in this exhibition/show.