Fuzzyphone The 1st Germanium distortion microphone! "Vintage is in the tone" 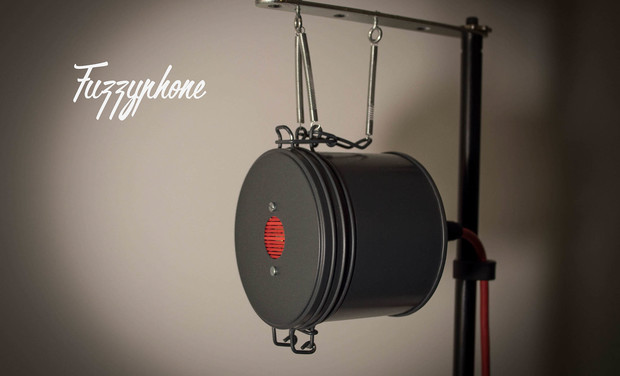 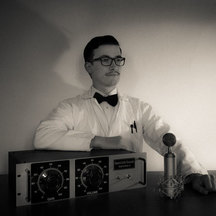 The first microphone capable of recreating the retro sound of the beginning of the century!

I was looking for recordings to find that distorted sound and saturated with some folk, country and blues recordings at the time when everything was recorded directly from the microphone to the acetate disc.

I thought the soundtrack of the period material was incredible The plugins vst in post production did not really bluff me and it was impossible to be able to reproduce the same effects live.

So I looked for the way to recreate this effect to be able to use it in concert. It's done with the Fuzzyphone!

The Fuzzyphone is a small TOYS dynamic microphone manufactured by hand in Brittany in St Brieuc. The particularity of this microphone is its germanium distortion circuit giving a retro and vintage effect perfect for your creations and musical productions.

It is as good on the voices as on all kinds of acoustic instruments where you want a strong coloring.

You can use it for both studio and live recording.

Measure the desired effect! The potentiometer at the back of the microphone lets you increase or decrease the "Fuzzyphone" effect. It is possible to choose between a clean sound or more retro with much distortion according to your choice.

As for a conventional static microphone you plug it with a balanced XLR cable on a mixer or an external pre-amp that has phantom + 48vdc power and you're done!

everything need a f*****g colors

The higher the sound pressure, the more pronounced the saturation effect The choice of germanium gives a particular saturation and more vintage than conventional components A jump in the 30's immediately!

The Fuzzyphone is entirely handcrafted in my workshop in St Brieuc in Brittany. We need you to finalize the project and start production in the month of February / March! And rewards will be distributed by July 2017. After the crowfounding The microphones will be available for sale on the website Microrocco.jimdo.com Thank you for your support !

1: The collection will be used to finance the launch of the Fuzzyphone project and to produce a microphone package at an attractive price for all participants in the collection

3: The purchase of some tools allowing me to increase my production capacity

4: If we exploded the scores, we could realize what we would like so much pleasure: find a workshop and move the manufacturing that is currently in my living room!