Help Myanmar youth creativity by supporting Get Away, the first Kayan movie ever ! 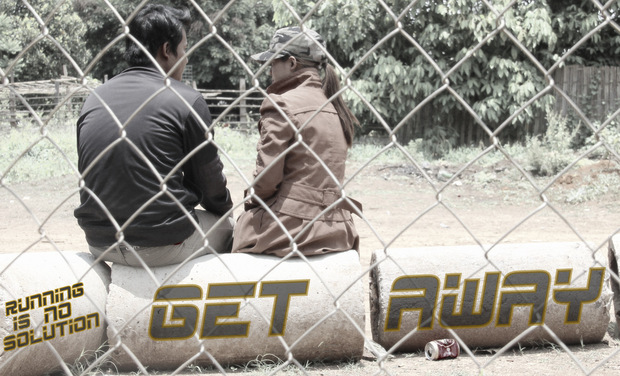 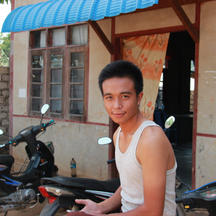 A short word from the director, Philip Soe Aung

The Kayan ethnic group lives in the mountainous border areas of Eastern Burma. They are around 50 000, living in Burma's smallest and poorest state, Kayah. For almost 60 years, the ethnic groups in Kayah State fought the Burmese military junta, to assert their right to self determination and the democratic rights of all Burmese people, whatever their ethnicity. Today, Kayah State found peace. But the various tribes here still live in very poor conditions and struggle to be heard at a national level.

My name is Philip, I am 21. I am of Kayan and Kayaw ascent. I live in Loikaw, capital of Kayah State and I work with a local civil society organization called UKSY (Union of Karenni State Youth). This organization is mainly trying to help all the local people defend themselves against the various injustice still happening here : land-grabs, mining projects affecting people's livelihood, lack of education...

With the support of my organization, I try to shoot documentaries about all of this.

But today, I would like to do something new to express the Kayan culture. Not a documentary for people to pity us, but a movie, an entertaining piece of art – to show what we can do. A movie for people here to enjoy, to tell in a fictional way, what our lives are about, but also what we are fed up with in our very conservative society.

Philip is talking about the movie. - with French subtitles

We need to prove that we are able to create our own new culture. Not just absorb it from elsewhere, nor just inform people through documentaries about the humanitarian help we need. I think cultural freedom is a good way to emancipate ourselves. Here, young people have no space, nothing to enjoy themselves and create their own cultures. No space for art, nor for music, no bars, or nightclubs. We just want to do something about it, by creating the first ever Kayan-made movie.

This movie would be a one-hour long crime-love story without complacency, taking place around Loikaw and dealing with ethnic issues here that were never shown on screen. For now the in-progress title is Get Away. Get Away because this movie is about running. Running away to free one's self from the shackles of our trouble past, to build a life worth living.

Alex was forced to join a local armed group when she was thirteen. Ten years later, she could escape from it by working her way up the ranks. With the people she met during her years as a child soldier, she was able to make a living and provide for her family by selling drugs. Now she has a flourishing business in Loikaw's neighborhood and she is known as the only lady drug dealer around.

Still, being a woman in this underground world is very tough. She had to become strong to face the other local drug dealers. The movie starts when her business is getting into a lot of trouble. Her deals with local armed groups and corrupted police officers are collapsing. But among her usual customers, yaba-addicted (the drug that makes you crazy, Burmese/Thai name for meta-amphetamines), there is James. He witnesses the hardships she had to face. Although trying to overcome his addiction, he can't get her out of his head. As the movie goes, James might even be able to help her, as he is a journalist. Together, they will have to fight their way through adversity and try to create their new path.

In Kayah State, drugs is a sensitive issue that no authority really adress. With meta-amphetamine being very easily available in this area. For a long time, armed groups financed their rebellion by encouraging people to grow opium so they could benefit from the trade. Everyday lives are ruined by the addiction, and no one can do anything. Police just let the well-connected dealers do what they want, while local organizations lacks funds to deal with this issue and help the users.

We choose to take a woman as the lead character, to promote women's rights in Kayah State. In our society, in every aspect of the daily life, women are still considered as subsidiary. If you are a woman, older males will always disapprove if you speak too loud, if you drink, smoke or get out at night. They all think a Burmese girl should just behave “properly” and nothing more.

The movie will be in Burmese, Kayan, Kayah etc + English subtitles

Once completed the movie will be uploaded on Youtube, for we cannot aim for official release (Myanmar board of censorship will never allow it).

If ever we manage to achieve this project, we will give free copies of the movie during humanitarian events in Myanmar.

A lot of our crew has no experience in acting or directing, but they are all ready and excited about this project, and all they need is to get a chance to prove themselves.

Philip Soe Aung : I shoot mainly small scales documentaries for UKSY. I learned how to shoot from everywhere I could and I spend a lot of time experimenting on different subjects.

Taw Mas : 21, the most experienced in the crew, he already directed two movies about Kayan youth. But without any financial or technical supports, his movies remain mainly underground.

Dee Dee : one of the prominent activist in Kayah State, he has no experience as an actor, but knows a lot about police officers and armed groups related stories here. He is also helping us raise funds in Myanmar and encourage our ideas.

Bu Myar : 22, she may not be famous yet, for it is her first time as a lead character. But she may be one of the only girls who has the guts to impersonate a strong feminine character. Besides this movie debut, she works at UKSY office.

James : 23, this is his first step in the acting business, but he fits the part perfectly. For now, he is working as a human rights teacher in a local organization called KNGY (Kayan New Generation Youth).

For now, we lack everything to make this project a reality. We do not have enough funds to buy all that is needed to make more than a cheap movie.

For now we are shooting with canon eos 550D. It is the best we have, and still we had to borrow it. It is not easy to find this kind of things around here, Loikaw being 15 hours of bus away from Myanmar's capital city Yangon. As for the audio part, we do not have any good mic yet, so for now, we are only starting and thinking about the locations and storyboard writing. We are aware of all the technical issues here. Finding all that is needed to make a movie is really an ordeal in Loikaw. For the same reason, you have to understand the trouble we have promoting this project and getting it on the Internet. Slow or inexistent Internet connections, this kind of problems. That is why any help would be precious, for every fundamental aspects of this project.

So, I hope some of you will be interested in supporting our movie !

Why we need the money for ?

We decided we wanted to reach a 4000 euros goal. This may not be much to make a movie, but it could cover most of our expenses. But if we can go beyond this, it will only help improve the movie quality, by buying new softwares, and invest in others upgraded equipments. Below you will find a detailed list of how we would like to spend this money.

Get your name in the credits.

Get the movie poster and your name in the credits.

Get the official Get Away T-shirt and your name in the credits.

Get your name in the credits and get a copy of the movie !

Get a very limited edition of the movie, signed by the actors. This will also reward the first 10 KKBankers beyond 60 euros.

Get your name in the credits, the movie poster and a copy of the movie. The five first KKBankers will get a signed copy.

Name in the credits, copy of the movie, and we will upload a video on youtube with all the crew singing your name ! First 5 KKbankers above 110 euros will get this too !

Get your name in the credits, the movie poster and a copy of the movie. AND if you ever come to Loikaw, you will have very private local tourist guides and accomodation, just for you. You could meet the whole crew and learn every thing you want to know about Karenni state.