Help us to produce 500 cd's of the new album 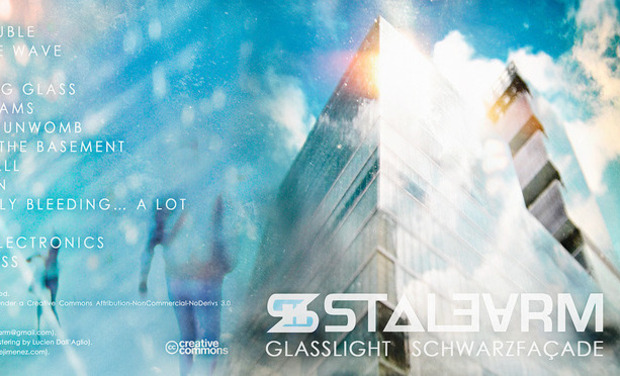 Hi! Here's the new album by Stolearm, "Glasslight Schwarzfaçade", just finished to record and right now mastering. Our album is a collection of 13 new tracks of Synth Rock spirited with Shoegaze, a compilation of Tractopelle contemplative Pop and agressive melodies, a big part of them are based on my actual dreams, street life, deceptions, glass, sleepwalking, music and memories on old cassette tapes.

After all those experiments, Stolearm is about preparing his new album with a physical release for the first time on CD, with a generous number of copies. Of course the financial obstacle is here, and no big label is yet present to help as well, so we'd like to organize a subscription, just like Killing Joke, Ian McCulloch from Echo & The Bunnymen or David J from Bauhaus used to do in these late years. This fundraise will help to pay all the costs of the CD pressing.

The fact that a band can reach to live and pay the rent with their music concerts and their albums is evidently rare from the core of live music organization and concert venues, the bars and all of the producers or event organizers, them too, fight to stand and go on.They also have to survive in the push of anarchy of the actual cultural sphere.

Selling CD is also the best way to promote the live band, to feed the merch and defraying all kind of stuffs which are inherent to the fact of touring or playing live (broken gear,socks with holes, reheasharls, gastro-enterite, broken arm ... etc.)

Why the CD : Now that vynil is back to press for a lot of indie projects, cause it's cool and sounds better etc. and it's actually too present in the market again for albums of less than 40 minute lentgh, we have chosen to stay with the old 90's format which is more comfortable with our 55 minutes of music. Of course Vinyl is cool and the possibility to adapt our work for that would be a next step in our minds, maybe for a remix sample album, or something else. We'll dig about that, and we'll let you know!

Also, to be honest, the first reason why we want it on cd is to make it real! To leave a concrete trace of our work (the 500 copies will be easier to preserve from some simple downloaded files) and It always sounds better than poorly downloaded MP3's

Well, all excuses are finished, we'd like to thank from now all the people that will allow this project and all the participants for your taking action and make this happen concretely – we kind of really say – of militancy (activism) Merci MERCI and see ya very soon ;)

(Thanks for Davide Tomaselli for the translation)