GURU Portrait of a hijra family…

« We, the hijras, are born neither man neither woman. We are born somewhere in the middle." 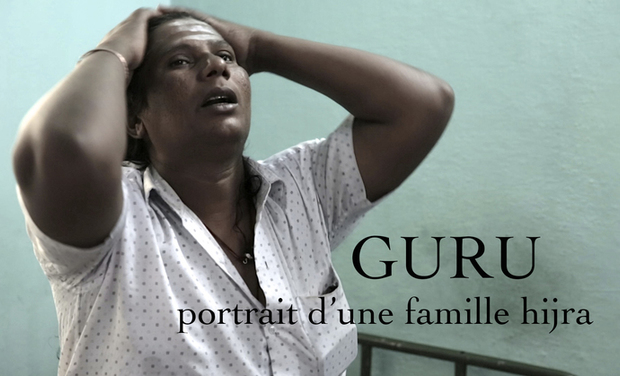 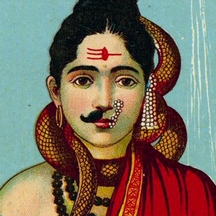 GURU Portrait of a hijra family…

«  We, the hijras, are born neither man neither woman. We are born somewhere in the middle. Our name was already mentioned in Sanskrit texts, more than a thousand years ago. It evoked beauty, bravery, and straightforwardness. I try to act as a good guru towards my chelas, I want to teach them how to live properly. It’s not essential to only seek happiness, one must learn to be respected. If one of my chelas is frightened, I tell her : « we have cut off one of our body organs, thus we can live freed from fear when faced to death ». Those who fear don’t survive. Strength is life. You understand, in my next life, I want to be born hijra again, so is my wish and God is witness that we are strong people with pure hearts. This is what I believe and what I wish to pass on… » Interview with LAKSHMI MA.

During centuries, hijras had a specific place within the Indian population : after having undergone a sacrificial emasculation, they became the vehicles of goddess Bahuchara Mata’s powers, therefore gaining their own power to bless and curse the people. They held key positions at the Sultans’ courts in Moslem India as well as in the Maharadja soldiers’ brothels in South India. Whether rich or poor, the population called upon the hijras when a birth occurred so that the child be blessed and Shiva be satisfied. The hijras, considered as third gender half-gods and having such powers, enjoyed many more advantages…

At the arrival of the English occupying forces, the balance maintaining the coexistence between the various Indian specifities was broken and the hijras, suddenly deprived of their magical aura, were systematically criminalized, pursued, locked up. Becoming then beggars, slaves, thieves, prostitutes, they had to progressively get organized so that they could go on perpetuating their initial vocation.

While getting acquainted with the hijras, we understood that beyond their history and personal sensitivity, it’s belonging to a group that best tells about who they really are. Ruled by a complex hierarchic structure, the hijras’ social axis is articulated around the NAYAK-GURU-CHELAS emblematic figures (nayaks : those who govern / gurus : those who teach / chelas : those who learn) and forms a solid spine for ensuring power and passing on their principles in their community which counts nowadays more than a million members all around the country.

During a period of over five months, we have shared Lakshmi Ma’s and her family of seven chelas’ intimacy which has enabled us to closely bear witness of this filiation through the singular guru figure representing all at the same time the mother, father, grandmother, sister, spiritual guide, and even husband. The guru rules by her authority and imposing stature the clan’s every day life. Thrisha, Mahima, Priyanka, Vasundhara, Kuyili, Silky, and Yamuna are Lakshmi Ma’s young chelas or longstanding sisters. All of them are the actors of an universal play telling how their community, enclosed in a secretive society, is compelled to re-invent itself as their mere existence and dignity are so often put at stake.

It has taken us four years to prepare this film. Such a length of time was necessary for us to enter the rather closed hijra circles. Year after year, we returned to India to pursue further our various contacts that soon started opening doors for us. That’s how Silky, encountered at the Nilgiris bus station on a wet afternoon, became the keystone of our wild bet. By following her life’s hazards, by sharing her dazzling experiences and setbacks during several years, it became evident for us that we should shoot a film with the hijras rather than about the hijras. This goal helped us to stay afloat, come hell or high water, to make up for lack of equipment, lack of facilities and maybe some experience, to refute the remarks of those advising us against hanging around with this sort of people, to prove wrong those who believed we were crazy. Luckily, there were those who trusted us like Tarantula, Kolam production, Rosa Bonheur (and our close relatives).

So, finally, in January 2014, we were able to move in the home of Lakshmi Ma, a guru living in Coimbatore, all but conventional, who found the idea of making a film with these two strangers, vaguely met the year before, an experience worthy of her own craving for knowledge. Our adventure was turning into a real cultural exchange. For the following five months, we lived, filmed, ate, slept, travelled, shared our hosts’ celebrations and dramas, the tensions, the heat, and sometimes the boredom.

With a total of more than 90 hours rushes, we hope to be able to share with all of you some of this humanity that united the hijras and us, during these long months and certainly forever. The immersion and strict set-up choice (Laurie camera / Axelle sound recording / Translator intermittently) allowed us to create a very particular climate of intimacy and confidence, leaving us convinced that it will reveal the richness and strength of our project. The film shooting being finalized, we now have all the post production work to carry out. We have decided to collaborate with Albertine Lastera for the editing (http://www.imdb.com/name/nm1493372/) and with the artist Chloé Thévenin for the original music creation (http://www.listentochloe.com).

How will the funding be used ?

Part of the post production has already been taken on but we are 10 000 euros minimum short, accounting for all items together, in order to complete our financial plan. Without this amount, we won’t be able to finalize our film production line. Therefore, it’s essential for us to collect these 10 000 euros to balance our financial final budget. For your information, here is the listing of what our film post production represents :

And what if the funding exceeds our expectations ?

We would be able to better communicate on the film giving us the chance of reaching a maximum of viewers. We also could hire a press attaché who would work on promoting the film, on the one hand to conceive the graphics’ work for display posters, cards and DVD, and on the other hand to work on festival enrolment management for the coming two years.

In addition to our eternal and grateful thanks and to the inherent returns of the film (DVD/ invitations/ credits), we wish to share with you some « hijra vibration » by offering a kit specially concocted for you by our guru Lakshmi Ma that will transform you into an accomplished « chela » and protect you wherever you shall go !

Our kit contains one or several temple necklaces blessed by Lakshmi Ma and a perfect little collection of articles so you can create your own personal hindu altar (its contents vary according to the donation amount).

Your help with enable us to reach the end of this adventure.

If our project meets your appreciation, please share it and talk about it amongst your acquaintances !

WE THANK YOU SO MUCH !