North Korea? No one can really tell what is going on there… except the ones who escape Pyongyang dictatorship and reached the south. 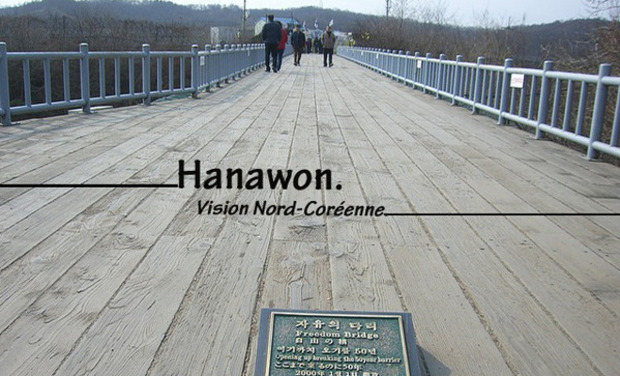 A few months ago, I read an article about Hanawon, in South Korea. The journalist describes the Korean centre where refugees from the North try to adapt to our society and Culture: Fashion, Facebook, competition spirit, English… How to survive in a totally unknown world? How to understand this new way of life, which is seemingly nonsense and the complete opposite of their norm?

I began to try to imagine what it must be to be propelled into the 21st century after an entire life in the most closed country on earth… I began my research on the subject, but after several weeks without success, I realised that the project may be unrealizable at my current level of experience in filmmaking.

That is, until March when a conference was organized by my Erasmus University in York. “Why has the world abandoned North Korea? » Naively, I thought I knew the answer… “Because of the nuclear weapon, no?”. Instead, the speakers’ well-supported arguments served as a strong critique of the situation and showed that the question is still relevant today…

One speaker, Byul Ryan-Im concluded her presentation by saying that “nothing is made to let the refugees talk about their stories: what they lived in Hanawon, what they find in the South.”

It may sound slightly utopian but I took it as a sign and decided to talk to her about my project! Byul agreed to help me and, so, I arrived back to my research.

After some hesitation, I finally made my choice: I will film my third movie in South Korea.

Why does this documentary seem important to me?

Today, in South Korea, thousands of Northern refugees try to escape from their country to start a new life. Indeed, Pyongyang is known for its disrespect of the human rights. However, few people realize the concrete consequences of a regime that based its survival on an authoritarian politic.

The documentary I want to make will let the refugees tell their stories, their daily lives under the Kim Jung‘s dictatorship, their escape to the south, their arrival in Hanawon and the discovery of a totally new world.

Through these testimonies and interviews of specialists, I want to show how severe the consequences of Kim Jung Un’s regime are for the respect of human rights. Moreover, I want to understand why the international community doesn’t intervene more than they are obliged to.

That’s why I have begun my third crowd founding collection.

After,  "Amerindians, another Brazil. " (no subtitles)

I hope you will give me the opportunity to realize "Hanawon", here an extract of the film plan :

Subject: Vision of the Korean situation by the North-Korean refugees.

People contacted (may accept to help)

-       1 psychologist working in an association for refugees.

Synopsis: The documentary would explain the actual situation of the North Korean refugees and the reasons why the world has abandoned the idea of an intervention.

The first part would clarify the unprecedented situation lived by the refugees.

=> The first interview: A refugee talks about a situation occurred as a result of his arrival in the south and the discovery of a completely different universe.

- We discover him first going through his daily life. (No explanation except his voice)

- Images of the extract of the interview begin.

- Images of landscapes without soundtrack.

=> The second interview shows that despite the absurdity of the adaptation situation difficulties arise quickly. The second speaker tells a darker story than the first one.

- Images of the interview.

- Images of the city.

The film begins with historical explanations of the political situation.

-       Excerpt from the interview of the historian.

-       (Transition from the historian point of view to the political specialist interview: just the voices).

-       Political explanation: images of the actual city/life in South Korea.

-       Excerpt from Cathcart interview:  "Why so much acceptance from the West? What future for North Korea and its people?"

I want to go to South Korea and travel in the country to be able to give a more complete picture of the situation.

I already have my own camera and Zoom so I don’t need more.

As usual, I will use Couch Surfing to be hosted, I hope, by awesome people like in my past travels.

This part of the budget concerns food, translation and daily life needs.

A huge thanks and a postard ;)

A ll the above rewards + the DVD of the documentary