Tony Hoffer (Phoenix, Depeche Mode, M83,..), Barry Fratelli and many others already support this indie pop band from Brussels, will you? 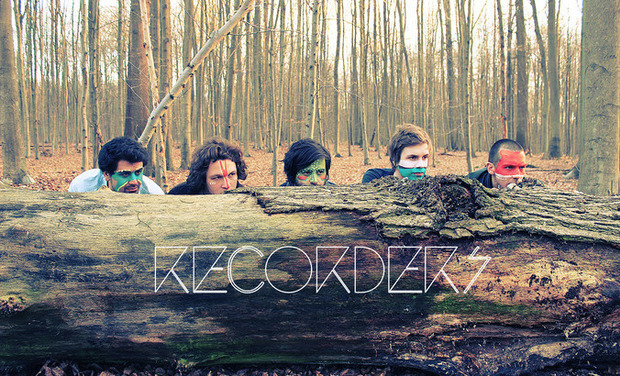 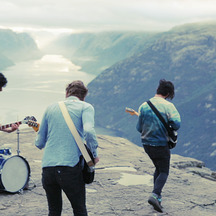 Recorders, young recruits from the Belgian indie pop scene, are on the verge of releasing their first opus. Having played close to a hundred gigs including Dour Festival, Nuits Botanique and a UK tour with none other than The Fratellis, the band flew to L.A. in 2013 to work on "Above The Tide" with the legendary Tony Hoffer (Phoenix, Depeche Mode, Beck, M83,...). After having battled on a rough sea for a few years, they are finally ready to reveal their debut album on March 1st, 2014 - and for this they need your help.

The production has already been finished, excellently recorded with the best sound engineers in the best studios, mixed by no other than Tony Hoffer (Beck, Depeche Mode, The Kooks, Supergrass, M83, The Fratellis, etc.) and mastered by Elysian Masters ("Hurry Up We're Dreaming" - M83).

Wanting their first album to be as close to perfection as possible, Recorders have invested every drop of energy and every last penny in its high-quality production. But to get it all out there, they now need your support in order to be able to pay for pressing CDs and vinyls.

Get a glimpse of the dancy and atmospheric album with the following videos:

- 200€ for promotional material (stickers, posters, and so on)

The Premium Pack: The vinyl album + the CD album + a T-shirt + a digital copy of the album + 3 exclusive bonus tracks + a poster + signed photograph + a personalised thank you card + stickers

The Exclusive Pack: Your name in the thank you section of the album booklet + a large-scale canvas print of the album artwork + the vinyl album + the CD album + a digital copy of the album + a T-shirt from the band's animal series + a thank you note

A duo ticket to an exclusive, private acoustic show in Gordon's garden in Brussels + the CD album

The Emperor's Pack: a hard copy photo book looking behind the scenes of video shoots, recording sessions and more + your name in the thank you section of the album booklet + the vinyl album+ the CD album + 2 T-shirts from the band's animal series + a thank you note

One duo VIP pass to a Recorders gig of your choice (excluding festivals): the band will personally pick you up, bring you to the venue and get you backstage passes giving you the chance to see the soundcheck, hang out with them, enjoy the concert and party with them afterwards + the CD album

An exclusive, personalised and brand new song written by Recorders just for you!

An indie rock DJ set at your private party (300km radius around Brussels) with Gordon, Alex and Arnaud (Flo and Pierrick might join in too) + a bottle of Jack Daniel's to drink with them + the CD album