Help me get to Siberia and participate in the finalizing of my film! 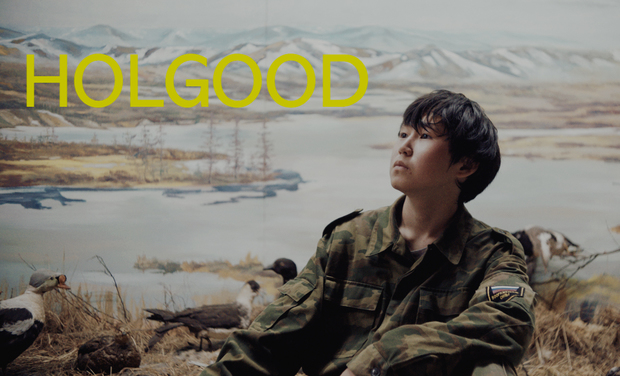 My name is Liesbeth De Ceulaer and I’m the director of HOLGOOD. More than 6 years ago I embarked on a cinematographic adventure. It started with me reading an article on the extinction of ancient animals and getting fascinated about the tense relation between humans and animal extinction. This fascination has evolved into an almost completed film.

Over the past years, I have made multiple trips to Northern Siberia. I experienced this immense and mesmerizing territory during white winters and sunny summers, both at -50°C and +30°C. I met with scientist Semyon, who is specialized in extinct Siberian ancient animals. I visited Kazachye, a remote village deep into the inhospitable wilderness, and explored the endless tundra with local brothers Roman and Kyym. In the summer of 2018, I was ready to start filming. With a small enthusiastic film crew, I returned once again to Siberia and shot HOLGOOD.

In HOLGOOD, the Siberian permafrost is melting, ancient bones rise up from the ground and wild animals seem to have disappeared. It is a contemporary tale based on traditional and current stories. Two brothers and a scientist venture into the vast Yakutian wilderness on two separate hunting quests. Each in search for Holgood, an animal that has lived for ages, and takes on many different shapes and forms. For the brothers this means wild reindeer, but for Semyon it is a viable cell of the ancient mammoth, which he wants to use to clone the extinct animal. HOLGOOD maneuvers boldly between documentary and fiction, between captivating reality and visual poetry. Amidst a Siberian ivory rush, science fiction seems to become reality and reality seems to become myth.

I'm not alone in making this film, I've got a strong team behind me. Let me introduce them to you!

Produced by Minds Meet and Stempel, who also worked on my previous film: Behind the Redwood Curtain. Here you can find the trailer of that film:

Set image of the tundracrew in Siberia by Jonathan Wannyn

Set image of the tundracrew in Siberia by Liesbeth De Ceulaer

Since the filming in summer 2018, I have been working hard on the editing of the film, and it has gradually become clear that I will have to return to the coldest city in the world, Yakutsk, one last time. During this short trip, I will need to make some additional voice recordings to complete the film. I will rent a sound studio, work with a local translator and have two intense sessions of interviews with Kyym. Making this trip is essential for finalizing the film but unfortunately we're all out of funding...

So for this, I ask for your help!

Please donate a chosen amount and become part of this great adventure!

Here's exactly where your financial support will go to:

If we exceed the requested amount, the extra funding will be used for the rest of the post-production of the film.

The trip to Siberia and the recordings will take place right after the crowdfunding campaign. After this, there will be more editing in november and december 2019, sound design in december 2019, and finally grading and mixage in january and february 2020. We anticipate the film to be finished in march 2020.

The funds will be deposited into the account of Liesbeth De Ceulaer and will be used entirely and solely for the realization of this project.

Eternal gratitude + daily update with pictures of my trip to Yakutsk