IF WISHES WERE FISHES

Help us to realize this ambitious project, mixing an exhibition of 20 young European artists with workshops for the local youth! 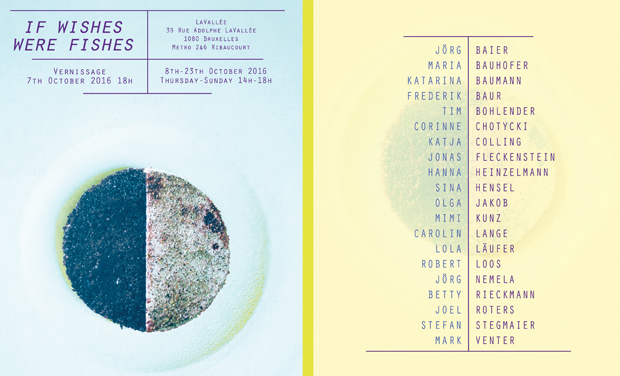 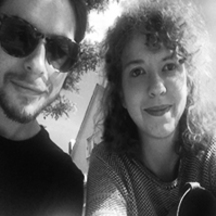 IF WISHES WERE FISHES

What is our project ?

If wishes were fishes is an ambitious group exhibition presenting no less than 20 young artists based in 10 different european cities.

The exhibition will be called If wishes were fishes. The title refers to an old scottish saying which is an admonishment against «dreaming» and «hoping» versus «actually working».

The exhibition is curated by us, Frederik Baur and Sina Hensel, while the collect is supported by Art For Good, that aims to work for artistic project with social impact.

We perceive Brussels as a momentary mirror of european history and culture. But we have intentionally invited 18 other artists, who choose not to reflect or to comment on the world in a political manner but to use the impressions of everyday life as an accumulator to create art.

Under the title If wishes were fishes paintings, textile and graphic works, as well as drawings, light installations and videos are shown on the floor of the exhibition hall, on its walls and suspended in mid-air. The works meet through colours, forms, and their orientation, and can be read like one giant installation.

It will take place between the 8th and the 23rd of October 2016, opening on the 7th of October at 6pm at LaVallée in Brussels.

During the opening hours of the exhibition there will be several highlights : for example the opening with DJ, drinks and BBQ and one corporate dinner with Brussels personalities (organized by SMart). All in order to attract the most people possible around the project.

At the opening and the other highlights of the exhibition there will be a bar, run by the members of LaVallée and SMart.

What is the goal of this specific exhibition ?

From the start it was clear to us that LaVallée in the center of Europe’s capital but also in the center of its currently most notorious neighborhood was the perfect spot for our endeavor: Molenbeek as a mirror of European history where all its problems are present- but also its richness and diversity. The district is an exceptional stand-in for the challenges which Europe needs to overcome in its further development.

Indeed, these last months European citizens were confronted with scenes of isolationism. Nationalist and xenophobic voices have grown stronger and louder. As artists, we want to reverse the trend by realizing a shared vision across borders.

This exhibition is aimed to inspire a peaceful way of living and communicating in a time of negativity and fear. Art has always connected people, regardless of their way of life, social status or education, thus color, sexual identity, nationality or belief are never boundaries but enrichments to the event taking place. It brings people together, celebrating their varieties.

Besides, with the organisation Art For Good, we have decided to propose 3 free workshops (one each week) during the exhibition period at LaVallée. These workshops will be open to all young people in the neighborhood and are intended to let them experience and position themselves to visual art. We intend to provide this service for people who usually don't go to the museum or exhibitions. The artists in charge of the workshops will work closely with local and municipal associations.

Who's this collective of artists ?

We are 20 artists based in 10 different European cities spread over 4 countries (Germany, Austria, Belgium and The Netherlands). We met each other during our studies at the Art Academy in Karlsruhe. Today the members are spread all over Europe. The interest in abstract art brought us together. We formed a collective and most of the artists are working together now for 4 years. So far we realized 4 exhibitions. Every member of our group has his/her own career, but every year we organize one exhibition with the whole collective.

The creative spot LaVallée in Brussels Molenbeek officially opened up in September 2014. On 6000 sqm it harbors 102 artists and workers in the creative sector as well as offering exhibition rooms.

Artists, architects, and designers from all over Europe share studios in two buildings, creating a most diverse network.

The whole project is owned by SMart, a european non-profit organisation with the agenda to support people in the creative sector.

Why do we need YOU ?

We need you at several levels to make this project happen: Since the participating artists hail from 4 European countries, we need a budget to rent transport-vehicles, accomodation for the artists and for materials needed to install the exhibition itself.

Here's what we calculated, always trying to make the most efficient pricing:

- Exhibiton Room : 1000€, since SMart is a non profit- organisation, we haveo to cover the running costs of LaVallée (such as security, electricity, heating, restrooms) - Installation and construction equipment: 200 € - Other costs: 400 € (8% kkbb, 5% Artforgood and communication / promotion costs)

We are going to ask 1000 € from the municipality of Molenbeek to support the initiative, Sina and Frederik will bring € 600 from their own resources, so we lack just € 3,000 to realize this great project!

A big thank you from the whole team!

Your name will appear on the final exhibition poster!

A unique postcard, showing one of the displayed artworks + Your name on the final exhibition Poster!

An Invitation to participate in a painting workshop at the studio of 2 participating artists at LaVallée + An exhibition catalogue 'deluxe' (with japanese binding), signed by all artists + A coffee/tea and a guided tour at Studio LaVallée + A signed A3 poster, showing one of the displayed works + A unique postcard, showing one of the displayed works + Your name on the final exhibition poster!

A 2h private Painting-Workshop at the studios of 2 participating artists at LaVallée + An exhibition catalogue 'deluxe' (with japanese binding), signed by all artists + A coffee/tea and a guided tour at Studio LaVallée + A signed A3 poster, showing one of the displayed works + A unique postcard, showing one of the displayed works + Your name on the final exhibition poster!