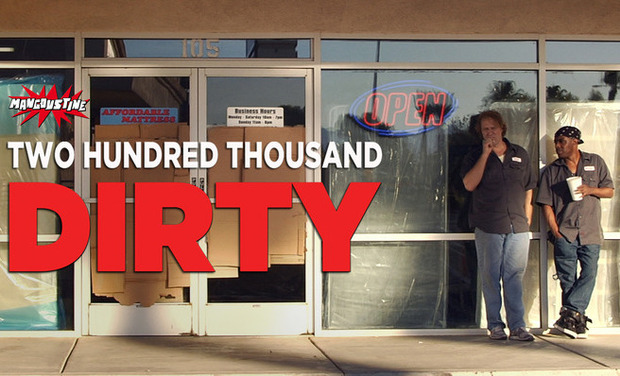 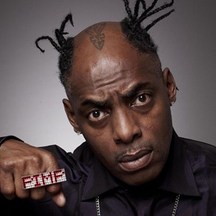 Welcome to the monotonous, oppressive modern American byproduct of suburban sprawl: the urban strip mall. Native to this environment and products of outdated pop culture are Rob (Mark Greenfield) and Manny (Coolio), the unsuccessful, unrefined and uncouth sales force behind Affordable Mattress.  When new employee Isabelle (Rocío Verdejo) is hired in hopes of improving dismal sales, some things do change and after recruiting fellow strip mall burnout Martin (C. Clayton Blackwell), she’s got everyone working together to split a common goal – 200,000 dollars.

OFFICIAL SOUNDTRACK OF THE FILM

Tim is originally from Denver, Colorado and studied film and languages at the University of Nevada – Las Vegas and New York University.  In addition to roots in stand-up and sketch comedy, he has also enjoyed the great privilege to study directing, theater, and performance at both American Conservatory Theater in San Francisco, California and the historic St. Petersburg State Theatre Arts Academy in St. Petersburg, Russia.

Tim has since written, directed, and produced his own short films and music videos that have been showcased and distributed in festivals around the world.  He has also had the opportunity to work closely as an assistant director with acclaimed NYC-based Iranian director Amir Naderi.  In addition to film, Tim has directed for the Stage, translated literature, loves to travel, and enjoys music, history, tutoring, sports, and romance languages among other things.  Two Hundred Thousand Dirty is his first feature-length film.

Mark Greenfield is a New York based actor, writer, and director.  His recent film credits include Amir Naderi’s Vegas: Based on a True Story, which premiered in Competition at the 2008 Venice Film Festival and the 2009 Tribeca Film Festival.   Mark is also the founding director of the Faux-Real Theatre Company with whom he has created and directed works that include FUNBOX, William Shakespeare’s Haunted House, Htebcam (Macbeth in Reverse), All-Male Oedipus Rex,  All-Female Seven Against Thebes, and most recently Jason and the Argonauts (all of which were presented at NYC SummerStage).  Mark currently teaches theatre at Fordham University.

Coolio is originally from the Compton area of Los Angeles, California and is one of hip-hop’s foremost pioneers and best-selling artists of all-time.  Upon releasing his Platinum debut album It Takes a Thief in 1994, his career success would continue to skyrocket with the release of 1995’s “Gangsta’s Paradise”. Originally written for the soundtrack of the film Dangerous Minds.  Coolio followed with several hit singles and albums to date and is still creating new music and touring all over the world.  In addition to his music career, Coolio is a cuisine aficionado and has acted or appeared in dozens of films and television productions around the world, including his own television programs Coolio’s Rules and Cookin’ with Coolio (for which he released a subsequent cookbook).

Rocío Verdejo is an actress and mother of two originally from Tampico, Mexico.  She has appeared in numerous feature films including the highly successful dark action film Matando Cabos, which had its US Premiere at the 2005 Sundance Film Festival.  Among many others, she has appeared in such films as Vantage Point, Tear This Heart Out, Desafío,  Ella y el Candidato, and most recently Espacio Interior.  She also recently starred in the television series Paramedicos.  Rocío currently lives and works in Mexico City.  Two Hundred Thousand Dirty is her first leading role in an American film.

C. Clayton Blackwell is a Wyoming native.  He received his B.A. in Theatre with an emphasis in Acting for the Camera at the University of Nevada – Las Vegas.  His Las Vegas show credits include Star Trek: The Experience and Tony n’ Tina’s Wedding.  His feature film credits include Kar Wai Wong’s My Blueberry Nights, which starred Norah Jones, Jude Law, and Natalie Portman and premiered and was nominated for the Palm d’Or at the 2007 Cannes Film Festival.  Recently, he portrayed Captain Ahab in Orson Welles’ Moby Dick Rehearsed, and he is currently a second year M.F.A. Acting Candidate at Northern Illinois University’s School of Theatre & Dance.  Two Hundred Thousand Dirty is his first leading role in a feature film.

Kenneth is a Philadelphia-based actor and director with extensive credits in both film and theater.  Having appeared in over 50 films including Cocktail, X-Men, and The Hurricane, he enjoys recounting that Ms. Piggy was his first leading lady in Muppets Take Manhattan.  Kenneth is also a fine teacher of his craft and recently, he was honored with a Best Actor award at the World Music & Independent Film Festival in Washington, DC.

Spence is originally from Union, New Jersey and is presently working at The Goodspeed Opera House in Los Angeles.  He recently appeared in the independent film After School Special starring Sarah Paulson and Wes Bently.  Spence is an admitted comic book and Star Wars geek, loves baseball, old movies and cooking.  He is married to his beautiful wife Brandy, and will be performing in an upcoming production of Dames at Sea in San Diego, California.

Well, trying to release a true independent film in cinemas is difficult and expensive.  If you really want options at the cinema, the more independent films that can find an audience and make dents into the industry wall, the more quality options at the theater you'll hopefully start to see.   That's why we started Mangoustine, and that's why we want this to be the first film that we release!

In total we are aiming for a release budget of €35,000.00, which although may sound like a lot, it's a really small budget for releasing a film in theaters.  We think we can put in and find the initial €22,000.00, which will go towards all marketing costs, a press officer, press kits & DVDs, promotional artwork and materials creation, CNC registration, and various technical work: but we need your help for the remaining €13,000.00 to be able to make the release happen!

€5,000.00: A proper translation of the film complete with professional subtitles creation and encoding.

€8,000.00: Master DCP creation and duplication for exhibition in collaborative cinemas across France.

Thanks for your time and any help to get real independent films into cinemas!

Thank You! Your name in the end credits of the film.

Thank you ! A "Thank You" email written by the director + Your name in the end credits of the film.

Thank you !! A postcard featuring the film written and sent directly to you by the director from the U.S.A. + Your name in the end credits of the film.

Thank you !! A limited edition audio CD of the original soundtrack of the film + Your name in the end credits of the film.

Thank you !!! Two Invitations to the press screening of the film in Paris with the director present + A limited edition audio CD of the original soundtrack of the film + Your name in the end credits of the film.

Thank you !!!!! A framed and numbered limited print (30 cm x 45 cm) from a scene from the film (your choice from a selection of 5 images) signed by the director (single object, personalized if desired) + Two Invitations to the press screening of the film in Paris with the director in attendance + A limited edition audio CD of the original soundtrack of the film + Your name in the end credits of the film.