Help us to support this ambitious, singular and hard-hitting project ! Rémi and Mathis 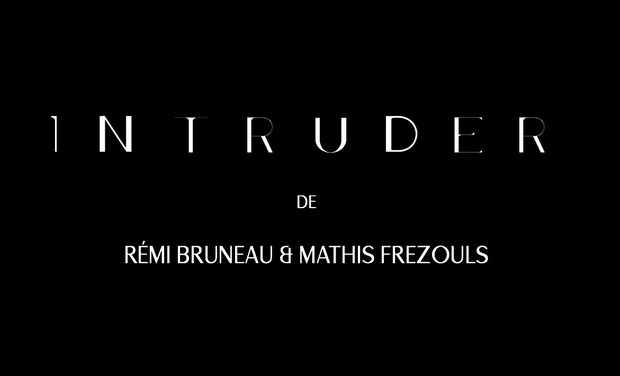 We are two students in a Bordeaux's film school. After the selection of our short film, we are now in preproduction to shoot it from May 14th to 17th.

This is a project that has been maturing for over a year and a half. We appreciate aesthetics and have sought to sublimate a theme that can scare, Death.

Here some of our works :

Edgar, a famous photograph tormented by his next exhibition, discovers a corpse one evening by the seaside...

First disguted, he finds himself fascinated by the corps. Carried away by this sensation, Edgar begins long researches to put death at the center of his art. Picture after picture, death becomes ubiquitous in Edgar's life.

A year and a half ago, one night, after listening to the Intruder song, Moderat, images came to mind. I imagined a man on a deserted beach discovering a corpse. From this, I sought to deepen this concept through a script. For a few months and a lot of different scripts, no version could really hold water. Mathis intervened, we started to work together to move towards co-writing and co-production. We were inspired by films like It Follows, Sinister, Enemy, Nightcrawler or even A Ghost Story. What was a real asset was the vision we shared on these films. We really enjoyed the dark, heavy and aesthetic atmosphere of these films. Finally, since we were young, we both have been very intrigued by death.

The theme of death and the obsession that can be had for it was directly the thread of our conception of the script. In our opinion, those questions are unique to everyone but it's impossible to obtain answers. This principle will be translated through the character who will develop a morbid obsession as the story progresses. With this short film we hope to show that the maximum we can answer stops at the experience of death. Everything that happens after remains the domain of the unknown.

We want to make beautiful this theme seen as a taboo and frightening in general. By focusing on the form of an atmospheric film, a lot of work will be done on aesthetics and music.

Concerning the aesthetic, we opt for composed steady frames and frozen actions assimilating to paintings. Three dominant colors will convey an atmosphere that symbolizes the states of the character. Blue for discovery, red for experimentation and yellow for reflection. The music will support a heavy and distressing atmosphere throughout the film.

Our third desire is to highlight the art's ability to treat any subject by detaching from the vision implanted in society. We seek to highlight the fact that this theme is universal but remains a taboo and therefore these questions become personal and not shared. For this, we focused on an isolated main character that we follow in his daily life. It will have almost no interaction with other characters to finally get in touch with them only in the final sequence and through art.

Just like the trinity of colors, music has a very important place in this film. These three musical themes each represent a color, accentuating Edgar's state of mind. As said in the note of intent, the music will support the heavy atmosphere of the film.

Each piece has the same bass line, very serious, which will be present throughout the film. Very raw percussions accentuate the whole thing.

B L E U: This piece introduces the atmosphere. It will be heard during the discovery of the corpse. It sets up the bass line, the red wire of the film.

R O U G E: This second piece represents experimentation. As the name suggests it will be present for the sequences of photo lab. The percs are more brutal and heavy than in the previous piece. These percussions are accompanied by a floating melody.

J A U N E - E X P O S I T I O N: This last piece is a two in one. It combines both the yellow representing the reflection of Edgar and the end of the film. J A U N E is the most "simple" piece of the film. Only composed of a bass line and lighter percussion, it represents the calm that Edgar can have during his various phases of reflections along the film.

E X P O S I T I O N: This song is a grouping of the 3 other colors / musics. The bass line is slightly more worked with more notes that supports the inevitability of the situation. Heavy percussion is also part of supporting and increasing the already heavy atmosphere.

We fund ourselves a lot of this short film but still do not reach the necessary budget.

_400€ for the accommodation of the team and the main decoration.

Filming will take place over 4 days, from May 14th to 17th between Bordeaux and Soulac.