Support the completion phase of a fiction short movie created by young scientists eager to share their passion for wolves and sharks. 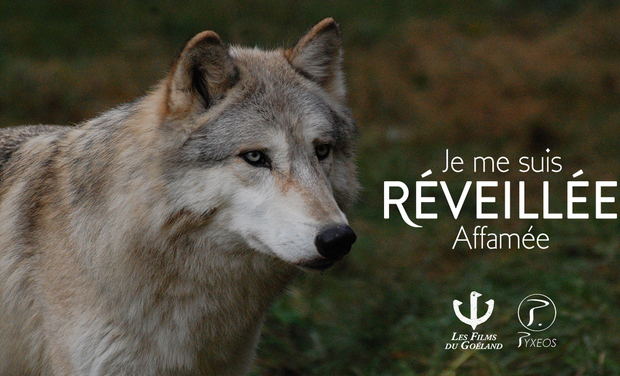 The movie “I woke up feeling famished” looks onto the awe and the fragility of the relationship between the human and nature.

Between scientific expeditions and contemplation of large natural spaces, we follow the progression of two characters passionate about the wolf and the shark, from the Austrian borders to the deep blue Mediterranean Sea.

The story of the movie as described by the actor Julien Assemat :

The fiction short-movie "I woke up feeling famished" is created around three questions and its answers across two animals, the wolf and the shark :

Q : What is the impact of the modern world on wolves and sharks ?

Explaining our relationship and understanding of links and interactions between humans and nature, and some of the possibilities of peaceful cohabitation.

Q : Why education could improve the relationship between Humans and these two animals ?

Showing what environmental scientifics do on the fields, and what tutors do to inform and educate, bringing together the public and the scientific world.

Q : Which benefits immersions into nature can provide ?

Leading you to undestand the necessities and benefits nature can bring us.

Based on true scientifics facts, the movie was born from the stroke of a pen by Jean-Baptiste Saunier, an environmentalist specialised in earth-sea problematics. His constant desire to bring people into appreciateing nature for its true value pushed him to bring together a multidisciplinary team to create this original creation :

''Everything began at an UNESCO workshop, in February 2015, called : "To learn to live together".

The prime objective of this event was to measure the importance of the Cohabitating/cooperation between humans and nature, in order to resolve problems that are happening in our society.

I then tried to understand how we could reconnect humans to nature.

To make this quest become reality, I chose to talk about two big predators that surged on the news, a few weeks following the workshop: the shark and the wolf.

This choice was also a good strategic choice as it not only allowed me to :

- create a film directly linked with my professional field "Earth and Sea",

- to demystify these species for which the prejudies are as large as its misconceptions (small example: looking at children's tales and the key role the wolf plays in each).

As scientist, I then looked at the changes in number and the moves of each species, their behaviours and how the connection linking us to them evolves throughout the years. My growing interest for these topics made me contact various research teams and meet them.

It was the start of an amazing adventure ! "

The shooting of the movie started with a scientific expedition, organised by the association “AILERONS” on the big Mediterranean sharks.

18 boats and about 30 sport fishermen of the French Federation of Recreational Fishermen (FNPPSF) joined the team on this exceptional day: Sharks and Bottle-nose dolphins joined in !

and all our little world :-)

We took the road to Austria, up to Ernstbrunn, to meet with the scientists of the Wolf Science Centre.

There, we learned a lot on the relationship between the Human, the wolf and the dog.

Actor Julien Assemat participated in the integration of young wolf cubs into an adult pack, and was acquainted to Chitto, a beautiful grey wolf with blue eyes.

But now, to carry on the adventure, we need YOU !!!

Next step is to shoot the fiction part of the short film with the actors.

The final scenes will be shot on :

- At the Mare Nostrum Aquarium of Montpellier,

- At the National Natural History Museum in Paris,

- In the French Alps.

Here is the team, in all of its aspects :

and supervised by association “Les Films du Goéland”, in association with PYXEOS, the team goes all the way to showcase all its talent.

The images and the soundtrack of the movie will be embellished by an authentic musical creation composed by Anthony Touzalin.

As a team of young moviemakers and scientifics, we have decided to produce a movie independently, to broadcast it in festivals and other large public events, and to show it to producers in order to develop other ambitious projects such as pedagogical projects.

Let’s be realistic! This is the real minimum to create a movie that will appeal to people. Between the actors, the shooting, the sound recording, the editing, the soundtrack creation and the rewards, there is a lot of people. And no one can live being a full-time volunteer. If you know one, let us know ! Meanwhile, we hope we can count on YOU !

This budget will allow us to a little bit better than the bare minimum. For example, we could benefit of better recording material for shootings and sound recording without doing exceedingly well. But there is even better ! That is really up to you !

WOW ! With this funding, we would acquire new submarine pictures, filming with several cameras, have a sound engineer on the set and benefit from new technologies such as drones for astonishing images, impossible to create with everyday material. We will be able to use a real orchestra for the soundtrack recording. And even better, we would be able to reward all the volunteers (scriptwriter, the film crew etc…) that are helping us since the beginning of the project.

The funds raised will be collected by the "Les Films du Goeland" Association.

The camera operator Marine Revenu, the actor Christel Claude and the director Jean-Baptiste Saunier on the first day of filming, in July 2016

The director of photography Johann Ismaël on the filming at the Wolf Science Center, in October 2016

WOLF CUB : You have all our gratitude as well as your name appearing in the credits.

BLUE SHARK : You have all our gratitude as well as your name appearing in the credits. + exclusive materials (downloadable script, official pictures, wallpapers)

TEAMMATE : You have all our gratitude as well as your name appearing in the credits + exclusive materials (downloadable script, official pictures, wallpapers) + online access to the movie

EXPLORER : You have all our gratitude as well as your name appearing in the credits + THE MOVIE PACK : exclusive materials (downloadable script, official pictures, wallpapers) ; online access to the movie ; exclusive carrier bag ; the DVD of the movie

OLD SEA-DOG : You have all our gratitude as well as your name appearing in the credits + THE OLD SEA-DOG PACKAGE : exclusive materials (downloadable script, official pictures, wallpapers) ; online access to the movie ; exclusive carrier bag ; the DVD of the movie ; collector cap ; soundtrack download

RECREATIONAL FISHER : You have all our gratitude as well as your name appearing in the credits +THE OLD SEA-DOG PACKAGE + Collector's water bottle (limited edition) + Collector's Key ring

OFFICIAL SUPPORTER : You have all our gratitude as well as your name appearing in the credits + THE OLD SEA-DOG PACKAGE + Official polo tee-shirt + Collector's Key ring

COLLECTOR : You have all our gratitude as well as your name appearing in the credits + SOUVENIR PACKAGE : the DVD of the movie ; Official polo tee-shirt ; Official movie posters ; Exclusive author's travel notebook during the location shots with the actors and scientists.

EXTREME OCEAN DIVER: You have all our gratitude as well as your name appearing in the credits + SOUVENIR PACKAGE + Exclusive bonuses (not included in other dvds) + Introduction to scuba diving in France with "Andromède Plongée Bio", close to Montpellier (transport NOT included)

TRACKING THE WOLVES: You have all our gratitude as well as your name appearing in the credits + SOUVENIR PACKAGE + VIP day with wolves in a French park, with one night in an unusual accomodation for 2 persons (transport NOT included)