An intimate encounter between an artist and the street : art meets society. I pose the question of how the liberty to create is changing. 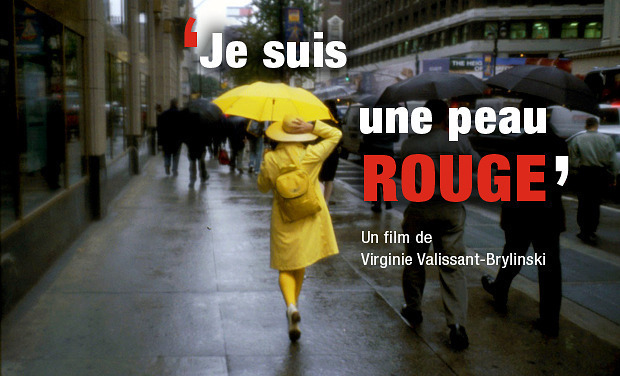 I have been filming Princesses Peluches [Soft Toy Princesses] and their creator, Caroline Amoros, for five years. It is a slice of life of the artist in her environment; in the act of creation, at home, at festivals, episodes of censorship, receiving awards, discussions with programmers or politicians ...   Through a film of a rather light, sometimes burlesque tone,  I speak of freedom of expression and I pose questions about the freedom to create. A witness of the evolution of our society, I start from where we are now : the situation of human relations, including withdrawal and social isolation. I explore the relationship between politics and society through artists working in the public space. I show the limits, the borders, the fuzzy zone of diffuse censorship. It comes from everywhere, from artists and policymakers alike. Commercial and political pressures on programmers result in a  degradation of any art that contains a message, any subversive art.

The partitioning of public space orchestrates this form of censorship: the privatization of places, their monitoring and over-regulation .... With Caroline Amoros, the loss of freedoms that results from this process becomes directly visible. Working most often in the street, this artist is recognized and supported by important institutions, but programming is rare and cautious : is  it not a characteristic paradox of our times? I chose this artist  because the same questions inspire us. We have similar sensitivities, using different media. The same gentle languor in our creations proves subversive in a world that is constantly accelerating.

And then there is empathy.

"Art is a mirror in which we see ourselves with other eyes." Rémi Checchetto

The choice of art to talk about a shrinking world is not a coincidence. A society that mistreats its artists is decadent. What place is left for humans? I question our society on its transformation:  the living arts become product, which means we are regressing as a civilization.

The form of the film is somewhere between a feature-length fiction (identified characters who are pursuing a goal, encounter obstacles etc..) and an ethnographic documentary. I tell the back story of artistic creation, with the intimacy born from my omnipresence over long periods. Slices of life, universal stories rooted in the "here and now". I do not tell the story with a voiceover or journalistic interviews: I convey moods, feelings, telling a contemporary story and its evolution throughout the Sarkozy period and beyond ... I propose to the viewer to experience the lives of artists from the inside; the things we don’t usually see: the process of creating, working conditions, social insecurity, also the comparison with other situations such as Sweden, Morocco, Germany ...

She is a woman, Caroline Amoros. Fifty, small, rather quiet. Married and has a daughter. She lives in a small village in the Jura (eastern France). She works. Her profession: performance  artist, actress ... committed artist. His work is recognized, she has won the SACD prize three times. Programmers book her, and her creations: soft-toy princesses. At first they are three princesses: Rose, Mrs. Lejaune and Kristin. As in fairy tales, along the way these modern heroines encounter obstacles, pitfalls. Censorship rears its head, in various forms, more or less diffuse. The space for artistic expression shrinks. Will the artist let herself be impressed, deterred? Will she make concessions, accept compromises, pare down her convictions, so as to adapt her cultural offer to the ambient demand? Or will she find new ways, new places to express herself?

There is also Miss Dora O'Range, a princess born in response to the censorship of which the artist was victim. Interviewed about it one day by a journalist from France 3 [public television], Caroline proudly proclaims her right to disobedience. The interview is never broadcast.

So the film follows Miss Dora O'Range, since her inception, the sketches made by Caroline in her hotel room (Hotel de l'Univers), then her work with a choreographer, her first trials, her battles with tarred oranges from Marseille to Paris and her departure for the luxurious golf courses of Morocco, all the way to the edge of the desert. Another birth, another princess, Blanche. She is more than an additional avatar of the artist; she is a synthesis of several years of work.

Princesses are not confined to being characters in a show, because they all have their autonomous existence. Princesses haunt localities before their performances, meet people, talk while shopping. Ms. Lejaune buys toy cars at the mall, to be burnt later. She drinks pastis with the homeless. Kristin goes to the beautician and while she is working carefully on her nails, asks about the employment opportunities in the industry. The lady avoids the question, and asked what color nail polish she wants. Kristin chooses red ... "A savage red! ". So sometimes people get lost a little. When they help Kristin who arranges for her car to break down in the middle of a roundabout, they do not realize at first that they have walked right into the middle of a show. Or conversely, the audience believes that the police officer who intervenes is a character in the show.

Caroline’s everyday life also mixes reality and fiction. The dressing room turns into a kind of den of terrorism, there are strings of firecrackers, tests with tar, paper dolls – the work of a visual artist. One day, Caroline in her role as mother, picks up her daughter from school. They leave by car for the Saline Royale for a show of Miss O'Range and during the journey Caroline dresses her daughter in orange, the Mini Miss is born! Caroline and her team travel, leave for an artistic residency. An article read in the waiting room of a doctor, a drink seen on a motorway service area, a phrase heard on the radio that refers to the return of the sound of boots, meetings at demonstrations ... Caroline reacts, inspires, nourishes the fiction of her heroines with our reality.

The story reveals a particular geography, that of the public space and its shrinkage. And sometimes Caroline Amoros, whose desire is to touch people, abandons the clutter of a festival to go perform on a roundabout. The destinies of the princesses evolve. Finally, Kristin plays with Kristjan, Icelandic performer. She hires 30 real cheerleaders to perform in Sweden and Norway. To deal with this whole troupe, Rose, the grandmother who eats McDonalds at the border, heading east. Miss O'Range, meanwhile, prefers the Moroccan desert for its luxurious golf courses with their abundant water! And now, Blanche comes full circle ... There is of course also all the characters in this galaxy singular, and the creation of a collective.

This story is a series of snapshots, crossings, offsets, echoes that weave the fabric of the work, which draw the path of a contemporary artist. Because if we refer to the definition of Giorgio Agemben, the real contemporary is: "Whoever does not coincide perfectly with the times, nor adhere to its claims and defines themself thus as untimely; but precisely, by this distance and this anachronism, they are more likely than others to perceive their time."

On the occasion of 30 year anniversary of the Jean Rouch International Film Festival (5-27 November 2011), 30 award-winning films are presented, among which the film Sidheswri Ashram. Sidheswri ashram is a Bengali restaurant, located in the heart of Calcutta. We feel, we taste, we are immersed in the steam and frying smells, in the crowd ...

ISKRA (Picture, Sound, Audiovisual and Achievements Kinescope, "spark" in Russian), an independent production and distribution company, today has a catalog of over 160 films. ISKRA is originally the story of Slon (Service for Launching New Works, "elephant" in Russian). And "Slon” is born of the obvious: that the traditional structures of cinema, the predominant role they attribute to money, themselves constitute heavier censorship than all official censorship. Thus Slon, which is not a business but a tool - which is defined by those who participate in practice - which is justified by the catalog of his films, films THAT SHOULD NOT EXIST! "

The film is produced by Iskra.

We have recently finished shooting that took place over five years, without any financial support other than the Centre National des Arts de la Rue Sotteville-Les-Rouen (1500 euros), Amiens (1500) euros, and 2r2c (Paris ) 5000 euros. This money has barely covered the cost of filming. Everyone so far has volunteered (producer, director, cameramen, sound engineers, editor ...).

This collection will serve to finance the image editing (6 weeks) and sound (editing, mixing, music).

A huge thank-you for your help !

The previous rewards + an invitation to the test projection in Paris before the end of post-production, where we will discuss your valuable opinions. Within the limit of available space. A giant thank you, that's worth a little kiss !

The previous rewards + a non-commercial projection of the film for you or your structure in the presence of the director. A thousand grateful thanks!

The previous rewards + a projection/performance in the presence of the director and of the artist Princesses Peluches. A huge thank you !

The previous rewards + as co-producer, your name and logo in the opening credits. Infinite thanks, you have my eternal gratitude!

A week with Princesse Peluche!