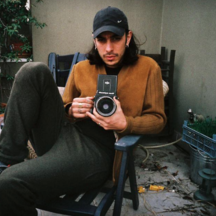 Kebab Project : The first art book and possibly a documentary film project which describes the soul of kebab shops in Istanbul, Paris and Berlin. A photographic journey with the restaurants, faces and real stories. Kebab Culture seen by immigrated artists, musicians and kebab-lovers.

If you’re not speaking the same language with the people behind the counter, you may have a low chance of actually getting to know them. All you encounter is the Chef who engages in a minimal conversation with you, asking: "Salade, tomate, oignon?" in Paris or "Mit Gemüse?" in Berlin. But they have stories to be told. And so does a student during a lunch time, party people in late hours, all other kebab-lovers, and kebab shops. That’s why our project aims to let these people’s stories to be recognized. An artistic journey with artworks, music, and films.

We’ve heard lorryloads of stories in the kitchens of kebab restaurants abroad. Those kitchens are the gathering places of migration stories which we seek after; the stories of these foreign kebab heroes as well as the emigration journey of kebab itself.

There will be plenty of faces and places. Kebab project will consist of three main subjects:

White flash neon lights, plastic flowers, photos that bring in an artificial, orientalist style from distant places, less authentic settings, wooden-looking plastic tables, small carpets hung on the walls… This kitsch spirit and meaninglessness of the place is always accompanied by a TV in the corner.

For 6€ in Paris and 3.5€ in Berlin, almost impossible to get full with anything cheaper at late hours. The wrap is stuffed with a juicy meat and full of sauces. Anyway…Who are those students, friends, businessmen, jobless or lonely people?

“Bonjour”, “Salade, tomate, oignon ?”, “La sauce ?”  is a classical conversation when in a Parisian kebab shop. Rarely, the conversation goes beyond that. Everytime, I feel like asking them their stories: where they come from, who they are, why they are here and... "Memleket nere?" But my sandwich is already here in a plastic bag and next customer is getting impatient.

I was born and raised in Adapazari / Turkey in 90's and immigrated to France in 2000's where i studied photography and graphic design. The old gentleman you see in the picture above is my grandfather. He is 80 years old now! He is a chef kebab cook who gave more than 60 years of his life to his profession. Facing a fire for a lifetime. My kebab story began with him in Turkey – the country I was born in. My maternal relatives have adopted the kebab profession for generations. My childhood have passed in meat markets and kebab restaurants. That’s why the project will also help me to personally connect with my childhood memories and will be dedicated to my grandfather!

Long story short, our project will be a photo book about certain döner and kebab places in Istanbul, Paris and Berlin as well as a compilation of migration stories. We’re in touch with many restaurants. We know each other because we’ve been eating at those restaurants for years. They have accepted to be involved in the project. Our book will be composed of real stories and artworks.

There will be portrait pictures of the chefs and the eaters accompanied with written text. Also pictures from places. Short videos will be produced depending on the budget.

Super 8 is not dead!

For friends and restaurant owners involved in this project, for the eaters and their stories, and for the experiences of the chefs, for the Turkish food culture which have spread all over the world mainly through kebab. Thanks to you, this will be a project which will be able to enhance our experiences in addition to having a huge sentimental value. All the financing provided will be used for the creation, publishing, distribution of the book and a research for the documentary film project.

Thank you very much in advance!

Cagan Okuyan will receive the totality of the campaign.

What's the next if we do exceed 8k euro ?

First of all, we increase our paper quality. If we can reach our needed budget for publishing the book and, moreover, exceed our target of € 8500, we want to make the documentary movies, like, “Where Does Your Kebab Come From?” Kebab’s whole journey coming to your table!

Big thanks ! 1 portion of kebab in our favorite kebab shops in Paris/Berlin + 3 photo from Berlin or Paris or Istanbul (10*15cm) + Your name will be on our website and facebook page!

Big thanks ! 1 Copy of the book + 1 portion of kebab in our favorite kebab shops in Paris/Berlin + 3 photo from Berlin or Paris or Istanbul (10*15cm) + Your name will be on our website and facebook page!

Big thanks ! 1 Copy of the book + 1 portion of kebab in our favorite kebab shops in Paris/Berlin + 3 photo from Berlin or Paris or Istanbul (10*15cm) + 3 Artwork postcards + Your name will be on our website and facebook page!

Merci! 1 book + Collage (size A2) + 1 portion of kebab in our favorite kebab shops in Paris/Berlin + 1 photo from Istanbul, Berlin or Paris (40*50cm) + 3 postcards +Your name will be on our website and facebook page!

You're amazing! ^ Everything said above ^ 3 books. Your name in the book + One month of free kebab in a restaurant chosen by the team in Istanbul, Paris or Berlin. Invitations for exhibitions, diners and film screenings.

Hello Boss! Everything said above + 10 books + Your exclusive company logo on our website and book. Invitations for exhibitions, diners and film screenings.