Help us promote underground cultures from the entire world and bring cultures together through a musical event and documentary! 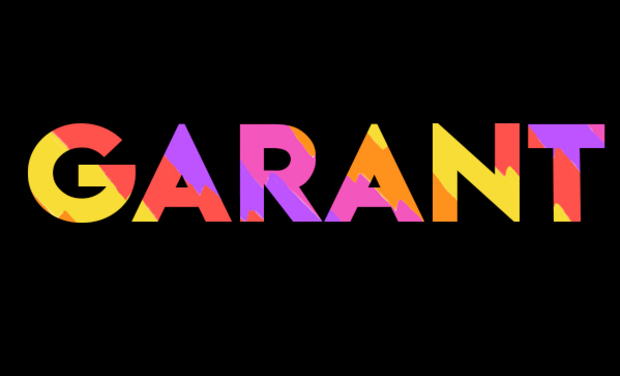 <p>This is a wonderful opportunity for you to be a part of a musical revolution that will include so much more than just music - this will be a cultural turnaround, something that we know our city needs, but can't get just yet. We will turn our heads to the world and listen to all the music that reaches our hearts.</p><p> </p><p>Our first event will take place on December 2, 2017. The funds will be used for:</p><p> </p><p><strong>- Space rental (€300)</strong><strong> </strong></p><p> </p><p><strong>The club in which our first party will take place; it's in the heart of Belgrade and it's called "KPTM". This club is one of the most important underground venues and they mentioned to us that our idea came at the right time. They wanted us to join forces for this specific event.</strong></p><p> </p><p><strong>- Booking of the artists (€700) </strong></p><p> </p><p><strong>Our guests on December 2 will fly directly from London; they are DJ/producer Sumgii (from the crews Problem Child, Cult Mountain, 616 and LDZ; he produces music for underground hip hop artists like Dabbla, Piff Gang and Black Josh) and MC Illaman (who has numerous solo projects, is the official MC for drum'n'bass DJ Goldie, currently has a tour with the French hip hop collective Chinese Man, and is 1/4 of the group Problem Child, along with Sumgii). These two artists have personally expressed immense interest in bringing their UK influence to Belgrade.</strong></p><p> </p><p><strong>- Artists' airplane tickets and accommodation (€600) </strong></p><p> </p><p><strong>Direct return flights for two from London to Belgrade (€550, with Air Serbia), and one night of accommodations (apartment per night rental for </strong>€<strong>50); it is necessary that the artists see the hospitality we are able to provide. This way, they can recommend us further and help our cause even more.</strong></p><p> </p><p><strong>- Garant street art and promotional materials (€100) </strong></p><p> </p><p><strong>We have a few interested street artists who would help us advertise through urban nooks and crannies. The "All in one print center" in Belgrade will be in charge for printing our other promo material, like t-shirts, badges, posters and stickers. </strong></p><p><strong>(http://www.copy.rs/)</strong></p><p> </p><p><strong>- The documentary itself (€200)</strong><strong> </strong></p><p> </p><p><strong>Funds would go into web promotion and distribution; the aforementioned "All in one copy center" will be in charge for the distribution of the physical (DVD) version of the documentary. This movie will represent our journey from the first steps of booking, over design and promotion, to welcoming our guests and interviewing them. </strong></p><p> </p><p><strong>There would be added footage of the party itself; the interviews of the guests will also be a reflection on how well our job was done, as well as presenting to us their music and influences. We will equally give you insight into the Belgrade underground music scene.</strong></p><p> </p><p>In case we do get more money from you guys, we're gonna set that money aside for our next amazing event, production of additional video and promo materials. Some of the people we've had contact with and who would be happy to be our guests are <strong>Sam Binga</strong> (UK, Bristol), <strong>Entek</strong> (FRA, Paris), and <strong>LEVELZ</strong> (UK, Manchester).</p><p> </p><p> </p><p>The process of making the documentary will officially start on <u><strong>25th of November</strong></u> and will continue until after our first event (<strong><u>25th of December</u></strong>). It will take approximately one month to make everything look perfect. Marija Jovic will receive the collect, as a representative of the <u><strong>GARANT TEAM.</strong></u> The money will be used for the documentary, event organization and everything we specified above. </p><p> </p><p> </p><p>We don't take help or funding for granted, and in this case, our idea is to also increase awareness of various music genres locally. In case we get more funds than listed here, we would save some of that money for future events, but we'd organize workshops and write blogs which would raise genre and community awareness, too. We have urban art in mind, and a big portion of our funds would go on supporting European and local artists alike in achieving each others' goals (for example: graphic designers, graffiti artists, DJs, and organizers who are willing to expand from their local areas, too).</p><p> </p><p> </p><p><img alt="2017-09-30_08.44.39_1-1508434252" src="https://d3v4jsc54141g1.cloudfront.net/uploads/project_image/image/459640/2017-09-30_08.44.39_1-1508434252.jpg"></p><p> </p><p>The purpose of this organization is to get help and give back. We intend to realize our dreams - then help others realize them in turn!</p><p> </p><p>Help as much as you can, come to the party and daaaaance! ;)</p><p> </p><p> </p><p><img alt="No_burpee-1508179490" src="https://d3v4jsc54141g1.cloudfront.net/uploads/project_image/image/458669/no_burpee-1508179490.png"></p>

We offer the utmost gratefulness for this kind of contribution. Small amounts still make up a big part of any budget, and in Serbia, we have a saying: "One crumb at a time makes a loaf of bread".

EVENT TICKET + FREE DRINKS Get a free ticket with your name on it for our upcoming event and 3 free drinks. You can use this yourself or give it to a friend. You'll also get a photo with us as a thank you!

YOUR NAME ON OUR WEBSITE as an honorable contributor to our project, because we appreciate your contribution immensely and will never forget it.

EVENT VIDEO as a stream and a shoutout in the credits. This is in case you're not able to attend our event. We'll definitely give you a shoutout during the party! :)

GARANT DOCUMENTARY as a stream and a shoutout in the credits. An exclusive look at the Belgrade underground scene, the making of GARANT, music and much more. We'd appreciate you seeing the documentary and telling us your thoughts on it!

ARTIST PROMOTION for ONE WEEK. If you're a performing underground artist that wants to promote himself/herself on a whole new market, we'll make sure you get just that. We'll spread the word and your music through social media and our website for a WEEK. There's also the possibility of working together and bringing you to Belgrade to perform! We would love to meet you and discover your talent!

A SIGNED DVD OF OUR DOCUMENTARY (worldwide shipping included) + a ticket for our next event. You'll get our autographs and autographs of the artists as well!

THE GARANT BUNDLE which consists of a signed DVD of our Documentary, Garant T-shirt, badge, sticker and a signed poster. You'll love this bundle packed with personalized goodies. :)

ARTIST PROMOTION for 2 WEEKS. If you're a performing underground artist that wants to promote himself/herself on a whole new market, we'll make sure you get just that. We'll spread the word and your music through social media and our website for 2 WHOLE WEEKS. There's also the possibility of working together and bringing you to Belgrade to perform! We would love to meet you and discover your talent!

ARTIST PROMOTION for ONE MONTH. If you're a performing underground artist that wants to promote himself/herself on a whole new market, we'll make sure you get just that. We'll spread the word and your music through social media and our website for a MONTH. There's also the possibility of working together and bringing you to Belgrade to perform! We would love to meet you and discover your talent!