Can we talk about democracy if art is oppressed? This documentary is about the repression faced by young socially engaged artists in Tunisia 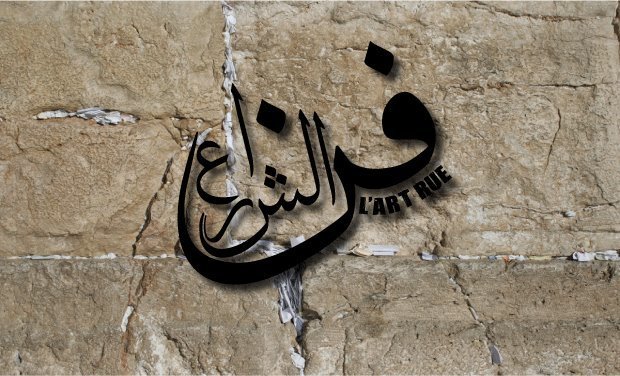 "L'art Rue" ( Art Street ) is a documentary that aims at following the daily life of different informal artists in Tunisia. The goal is to shed light on the Tunisian artistic movements rising against all that is conventional and backward. This film will talk about young Tunisians who decide to create an art school out of the street and a stage out of the sidewalks.

To these young artists, art does not only represent a way to voice their daily struggles and aspirations. The street is also a space of expression where art is a weapon to fight against the systems opposing the interest of the people.

How can a country be considered democratic while its artists are jailed and music cannot be played in the streets? This question will be one of the central themes of our investigation among young Tunisian artists.

After the 2011 uprisings which overthrew Ben Ali's regime, many underground movements emerged in the country and especially in Tunis, through artistic expressions like rap and graffitis. More and more groups of youngsters or of independent artists appeared in the streets of the capital and appropriated these instruments to express their demands, their wish for a different society but also their anger towards the current situation.

Next to the municipal theatre or in the corridors of the central station, youngsters take the floor dancing, singing or proposing street shows that make people laugh and think.

But who are these young people? The recurrent subject of political discourses and media, portrayed as the country's source of life and the flame of the revolution, these famous young people are in reality marginalized from the public scene. Ignored and oppressed under the old regime, they now refuse to stay silent and they turn to spontaneous forms of expression. The occupation of public space then becomes a place of daily friction and negotiations between youngsters and the authorities. Urban space is transformed in a ephemeral way in a public stage spreading messages.

Towards a cultural revolution

The old regime always tried to control culture and the arts to drain all oppositional political movements. Artists broadcasted on television were either allies of the system or neutral and apolitical. Those who claimed freedom of expression were excluded from the cultural and artistic scene.

The 2011 movements fostered the emergence or artistic practices boosted by young people. Beyond a social and political revolution, these young artists claim a cultural one. Not having access to formal means of diffusion of their art, some young people took back public spaces and turned them into places of teaching and learning. Rap, street theatre and graffiti took a role in social movements in response to formal artistic products and institutional political discourses.

Precariousness and unemployment are a pleague for young people in Tunsia. In the film "L'art Rue", we interrogate ourselves on the everyday life of these young people and what led them to turn to informal art. Following some artists' trajectories, we highlight their ways of organizing and the practices of solidarity that allows them to satisfy their basic needs.

We start from the example of rapper Klay BBJ, who started to write his lyrics in his family house, in the heart of a working-class neighborhood. His texts speak about injustice and social inequalities. They reflect anger and frustration at the system's apparatuses and many young Tunisians identify in his words.

We also follow the daily life of two young musicians, Marwen and Ghassan, who use the street as a workplace and reclaim their right to it. The money they collect every day allows them to pay their transport and meals. However, this job is still perceived in a negative way, considered as begging by a large part of the Tunisian population and it is not recognized by its artistic value. According to Ghassan, the street is the first scene for his career and it allows him to gain a certain visibility on the media.

Just like in music, in street dance and mural paintings young artists' daily life is a source of inspiration reflected in their creations.

While Tunisia gained international recognition for the recently awarded Peace Nobel Prize for its process of democratic transition, the repression that some young artists face poses some questions on freedom of expression and the values of democracy.

Some artists like Klay BBJ write socially engaged lyrics disturbing the central government. They are arrested for different reasons, mostly for drug consumption, while the real reasons are not made public. This process aims at intimidating socially engaged artists who question the hidden face of democracy in Tunisia.

"One day, we were playing music in the street and police came to chase us. They asked us not to play anymore, while street vendors were happy of our presence and were usking us to stay" tells Marwan, surprised by their reaction. He adds: "We want to bring joy to the streets".

One of the film's concerns is to capture the way public spaces remain under the control of the power in place and how young artists claim the appropriation of these spaces as sites of cultural and artistic exchange. As Ghassan mentioned: "Our final goal is the appropiration of the street. The streets belong to the citizens, not to the police or the government".

Born on February 10th, 1984 in Zarzis, in the south of Tunisia, I was very soon involved in different social struggles. In 2004, I started to study architecture and I later turned to music and cinema. Since 2004, I am also part of the Tunisian Federation of Amateur Film-makers (FTCA).

It's in 2011 that the video camera started to be an integral part of my life. My daily routine became a source of inspiration and I wanted to translate it into images. My first short film, "Liberté 302" (Freedom 302), is about a group of young Tunisians leaving for Italy. I wanted to portray the daily life in Zarzis and the emigration of many young people in precarious boats directed to the dreamed continent.

"Boza" was my first long film, a documentary about the life of sub-saharian migrants and their struggle against borders. The film was widely circulated and won the prize for best international production at the Bologna's "Terra di Tutti film festival" in 2015.

Tunistudio Film Production is a young Tunisian cinematographic production's and Audiovisual services company. It was created in 2014 by Mohamed Salah Argui, a ISAMM graduate (Higher Institute of Multimedia Arts).

Tunistudio produced Boza. The studio film production will once again be part of the team and will support the production and diffusion of "L'art Rue".

"Shukran" - Many Thanks "Knowing how to give, few knows it, is the secret of happiness" - Anatole France

Your name in the general credits + DVD of the documentary "L'ART RUE" + a poster of the film signed with a nice note from the filmmaker + CD of various tunisien activist musiciens + tee-shirt with graffiti made by one of the artist of the film + DVD of "Boza", my last film.

your name in the general credits + DVD and poster of the movie signed with a nice note from the filmmaker+ CD of various tunisien activist musiciens + tee-shirt with graffiti made by one of the artist of the film +DVD of "Boza", my last film. + a very nice book on the activist art in Tunisia

your name in the general credits + DVD and poster signed of the movie with a nice note from the filmmaker + CD of various tunisien activist musiciens + tee-shirt with graffiti made by one of the artist of the film +DVD of "Boza", my last film+ a very nice book on the activist art in Tunisia + invitation to the avant-premiere of the film + accomodation in a beautiful apartment in Tunis or Hammamet

your name in the general credits + DVD and poster signed of the movie with a nice note from the filmmaker + CD of various tunisien activist musiciens + tee-shirt with graffiti made by one of the artist of the film +DVD of "Boza", my last film+ a book on the activist art in Tunisia + invitation to the avant-premiere of the film + accomodation in a beautiful apartment in Tunis or Hammamet + 2 days workshop on documentary film with the filmmaker and the team + a musical diner will be organised by the artists involved in this film