We need you to set up a Europe of human rights. Help us go through with this project! 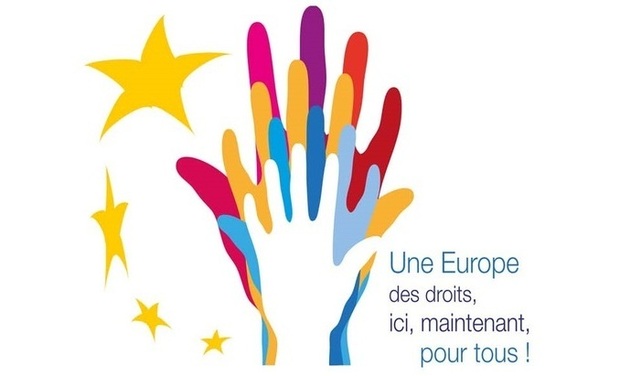 Did you know it?

Between the 22 and 25 May 2014, nearly 390 million Europeans are called to vote. This is an important moment for every EU citizen.

Why are these elections important?

The European Parliament is the only European institution directly elected by citizens. Every five years, you elect the people who will prepare and vote laws that affect significantly our daily lives, especially in terms of fundamental rights.

The European Association for the defense of Human Rights (AEDH) is a European network gathering 31 organisations defending Human Rights and based in 22 member States of the European Union and in Switzerland. (For more information: www.aedh.eu)

What do we stand up for ?

These elections occur in a difficult period for most of the Member States: economic crisis, rise of populism and extreme right, added to an atmosphere of distrust towards democratic bodies and a sense of economic and social injustice. In this context, the campaign aims to put the Human Rights at the center of debates and political programs as well as to explain the European election’s issues and to encourage the citizens to vote.

Two weeks from the elections, we have to redouble our efforts to go through with the campaign. Furthermore, it is time we prepare the “post-election” phase which consists in monitoring the consistency between the actions undertaken by the new MEPs and their electoral promises. Help us reach our goals!

Meeting with Ska Keller, European Greens candidate to the presidency of the European Commission.

What are our goals?

To put human rights in the center of the political debates and programs To explain the European election’s issues and encourage the citizens to vote. To submit to the candidates our main claims and to make their reactions available to all the citizens. To ensure the follow-up of the candidates’ commitment to fundamental rights by monitoring the consistency between their promises and their undertaken actions.

What are our tools?

The Manifesto « For A Europe of Human Rights » in order to put fundamental rights in the center of the debates Six factsheets about the EU and fundamental rights to inform you on how the EU affects your A website to make the candidates’ reactions to our manifesto available and to highlight the citizens’ points of view on the addressed issues A Facebook account so that you can follow, day by day, the results of our campaign Organizing activities in each member state to be closer to local reality

Help us put human rights in the center of the European elections and the next MEPS’ mandate!

Meeting with the candidates of the EQUO party who decided to support the Manifesto.

What do we want?

All residents, all citizens!

A democratization of the institutions of the European Union.

To safeguard equal access to economic, social and cultural rights, and to harmonize different social policies at the top level.

No racism nor discrimination!

Action to promote equal rights, particularly gender equality and to take all minorities into account.

For a united and open Europe!

To guarantee to all migrants the full exercise of their rights.

To offer reception conditions that enable asylum seekers to have a dignified standard of living throughout the entire asylum procedure.

Dignity and rights for detainees!

Detainees should retain their right to work, training, and social security. Preparation for release and social assistance has to be made a priority Detention conditions must be harmonized to the highest standards throughout the European Union.

Stay away from my private life!

The protection of personal data must remain a fundamental right and not a means to foster economic growth.

Meeting with Javier Couso, Izquierda Unida's candidate to the European elections. He and the other IU candidates decided to give their support to the Manifesto.

Thanks to you, we will be able to fund the final steps of the campaign before elections and to start the second part of our project:

1) Meeting of the associations for the defence in Human Rights (from different EU countries) after the elections to:

2) Feeding the website with the reaction of the candidates/MEPs to our manifesto and the events at the national level, making videos, translating in EN/FR

3000€, is the minimum sum needed to allow us to reach our campaign’s main goals. Of course, it is possible to give us more than that so that we’ll be able to plan the next steps of this project in the long run.

Of course you also give us in-kind donation. To do so, you can: