Join and support a modern Odyssey along the seascapes of 13 countries ! 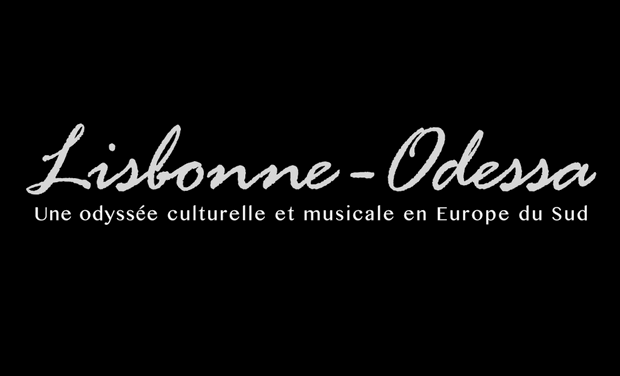 This campaign aims at funding the remaining part of the scouting trip of this summer. Until the end of september, a total of 13 coutries must be visited, in order to collect enough video footage and information to finalize the production file (treatment+presentation film) of the Lisbon-Odessa documentary series.

HERE is the ENGLISH version of the video trailer for the L-O project:

In 2007, I was just coming back to France after a 4 years stay in Amsterdam, where I shot my first short film, and I had 3 months to spare before entering an audiovisual scholarship. So I deceided I would give a try to my 1st documentary project, which consisted in giving a human face to Europe. I traveled as many EU states as possible in less than 80 days and 75 days later, I was back to France with 140 interviews in 23 languages, shot on the streets of 24 countries. EuropAlive was born.

A few months later, while working at the Journal de la culture of Arte during the festival de Cannes, I heard that a portuguese caravel had just called into the port (video link). Curious, I went looking for it and went on board to meet its captain and crew. The seed of Lisbon-Odessa was planted in my mind.

Since then, EuropAlive has been screened and broadcasted in many places, like festivals, public events, local TVs and private venues, in France and abroad, until an invite came from the European Parliament.

Today, EuropAlive has given its name to a cultural association, of which I am the president and co-founder. Its purpose is to promote European local cultures through original audiovisual and multimedia productions.

Lisbon-Odessa is the first project of our association, and we want to co-produce it.

In 2012 and 2013 I have spent several months in Portugal to prepare a big database (circa 1500 contacts in 13 countries) regarding people and places of interest to take part into this project. Also I wrote the L-O Artistic Dossier and I met the owners and the crews of 2 caravels : the Boa Esperança in Faro, and the Vera Cruz in Lisbon. Finally the Vera Cruz was picked for several reasons: she is better equipped and more manageable on the sea than her big sister, and she already hosted a few film productions, who all confirmed (I contacted both producers and directors in question) the high degree of professionalism of the crew. Now we hope you will be our guests on the caravel in 2014, once this step has been achieved.

In each port we will call, the caravel will be welcoming the public onboard, while we will be shooting our sequences on land. Between our stops, we will invite several people for a day of sailing on the Vera Cruz. We shall even have a few glimpses at her beauty in her natural element along the coastline if we do,  thanks to a drone, remotely controled and equipped with a HD vidéo camera, as depicted below.

We will get back to this later on, but for now, you should know, that if this campaign is sucessfull, and broadcasters and producers show a good level of interest toward this project, all the persons who took part in the crowdfunding campaigns will have the opportunity to join us onboard, at any desired port on our route, at their expense but as VIPs with access to the concerts, during the summer of 2014.

We will be the modern explorers of an ancient - though endlessly renewed - common heritage. The shores of 13 countries will be the natural stage of this series, from the Atlantic to the Black Sea.

Our goal is to develop 2 themes for this documentary series, in each country :

Culture: we wish to reveal the evolution of local cultures and customs in this area, avoiding clichés and folklore, to unveil truly original practices and works in the field of renewed traditions. We will showcase passionate craftsmen, artists and entrepreneurs in historical, non-touristic places, and see how they succesfully use and transform parts of their own heritage to accomodate them into modern tastes.

Music: through a mix of Electro and traditional music, we will see how the different generations of Europeans interact and meet again. Beyond the frontiers, this innovative genre is still blossoming. It allows each national heritage to be preserved while evolving in modern times and tastes, broadening its audience. As BajoFondo did with Tango, 2 Electro-trad bands will mix styles live on the caravel, in each city port.

In total, as summarized in the video teaser at the top of this page, 26 bands from 13 countries will be presented to you, perfoming live on the caravel at night, with locals and co-producers like (hopefully) you onboard.

Since the beginning of June, and thanks to a vast network of friends and volunteers, I have started the scouting trip of this project, which goal is to meet and interview the bands and people selected in 2012. Thanks to this footage, the editing of the film related to this trip will take place (aka scouting film). Once completed, both the film and the series treatment will be sent to targeted commissioners and buyers from various tv stations, in order for them to fund and co-produce the Lisbon-Odessa series.

Finally, you should know that if this amount is just enough to reach the end of this pre-production phase, any extra cash will be used to invest more in the video editing, and optionaly, to avoid starving to death.

Thank you very much for your support !

This campaign's objective is to fund :

- the costs linked with the last part of this summer's scouting trip :

- the costs linked with the montage of the scouting film :

PLEASE NOTE THAT although this amount is deliberately low, we hope it will be exceeded more easily. Any extra cash will result in filming more places and people in better conditions. Would it be a fairly big amount added to the base, we will dedicate the extra money to a dedicated website (webmaster fee + hosting + design fee, circa 1000 €). Domain names lisbonne-odessa.com and lisbon-odessa.com have already been purchased and both redirect to our facebok pages, until further changes. Feel free to like us !

The purchase of the filming gear (Canon 600D) and the transport costs through Portugal, Spain and France were covered by a first rise of funds provided by my close friends and family. Their participation allowed the first interviews and HD footage to be made, and to edit our first movie trailer (top of page).

We are also working on finding sponsors and more partners to acquire the necessary means to allow this project to come to life. In parallell with this campaign,we have been contacting several firms and famous brands regarding a possible sponsorship, alongside with public fundings. Now we hope for the best from you and from them.

Would you wish to contribute, in addition to donating for this campaign, I warmly invite you to join us on our facebook page and to share L-O with your entourage. You may also want to join our young association.

Thank you so much for your participation !