What is the power and the impact of citizens'voice regarding the oil extraction project on Anticosti island? Documentary for the people

On February 2014, Quebec's government announced that they would invest 115 million dollars towards exploration and exploitation of oil on Anticosti Island. This action was the first step toward an even more dependent oil province.

To date, many have critiqued several aspects of the project, especially the fact that the environmental impacts could be very harmful and because the economic benefits of the oil exploitation are uncertain.

Another issue to consider that is equally important is the place of citizen's voice. How do we measure people's opinion? Who has to accept? People from Anticosti or every resident of Quebec? Adults, youth? And what is the actual power held by citizens? All these questions are found under he umbrella concept of "social acceptability". In the end, are we talking about «social illusion»?

This projects aims to produce a short bilingual documentary of approximately 20 minutes about the impact of citizen's voices and their effects on the decisions regarding the exploration and exploitation of oil on Anticosti Island. We have already filmed the scenes in Montreal and Quebec city. We now need your help to reach the final step, that is to go and film on Anticosti Island.

Questions? Comments? Send us an email!

***Prices on the website are in Euro, but you'll be charge for the corresponding amount in dollars**

The "Montreal" team is voluntary. However, to go to Anticosti, we need some financial help due to its remote localization. Alexandra Nadeau (film maker) and Daniel Funk (cameraman) will be the two to go the island. Dan is from Vancouver, and to participate to the fundraising, he'll pay half of its plane tickets from Vancouver to Montreal.

Here is the budget prepared by the project manager, Florence-Lola Navia. It includes different factors, like housing, transport to go to the island and on the island, and food for 2 people. Many scenarios and combinations were possible, and this is the one that was the less expensive. The first table is an overview of the budget, and the second one is a list of references that have been used. 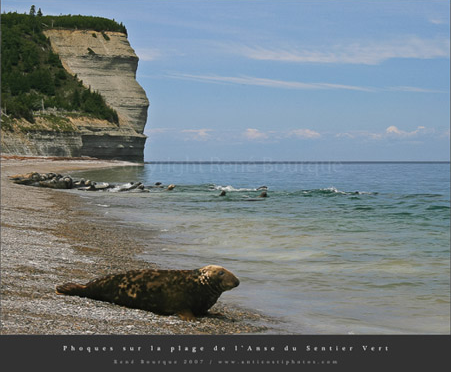 = 100$ A special thank you sent on Facebook or mail + VIP invitation to the premiere of the documentary + link to the HD version of the documentary on youtube + 2 stickers of the movie, made by Felix Lemay + receive the DVD with extra scenes + special thanks in the credits with your name and picture (send us a picture of you taken with the stickers that we'll send you) + a natural souvenir from the Island (ex : shell) + mp3 soundtrack of the band "La Chorale du Peuple" to download (see video on the page to listen to Anticosti song) + photo of Anticosti from the professional photograph René Bourque (see http://www.anticostiphotos.com/galerie_best_fr/index.html?language_id=1)