LA DOLCE MANIERA would like to record (January 2013) its first CD devoted to the Italian Master Claudio Monteverdi and reveal his masterpieces to the entire world!!! :) Help us realise this dream! 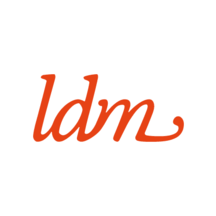 La dolce maniera (www.ladolcemaniera.com) is a vocal ensemble specialized in performing music of the seventeenth century, born at the Music Academy in Strasbourg (France), where Luigi Gaggero (music director of the ensemble) and Silvana Torto (soprano) are teaching.

Its interpretation of Baroque music - as the name of the Ensemble “the gentle way” suggests - is characterized by a constant search for beauty and sweetness of sound, as well as the exact restitution of prosody generated by Italian poetry and music of that time.

The second specificity of “La dolce maniera” is to play the madrigal repertoire using “exclusive” scores: these new transcriptions in modern notation, observing every detail of the original manuscripts, highlight the finest nuances of this music, as in a Mannerist painting.

Indeed, “La dolce maniera” also means "the beloved Mannerism", from which come the rhythmic energy and the theatricality of baroque music, as well as the strong contrasts, such the “chiaroscuro” and the vivid colors.

“La dolce maniera” would like to record and release its first CD, devoted to the Fourth Book of Madrigals by Claudio Monteverdi, one of the greatest masterpieces of Western music.

You can find more pictures and videos of La dolce maniera in the French version of this text. Click on the French flag at the top right!!

The fund will be used to pay the following:

- Renting a place to make the recording (church or auditorium): € 500

- Rental of equipment for registration: € 500

- Pay the travel expenses of the seven musicians: € 700

Our eternal gratitude and Special thanks with your name published on our Facebook page!

Special Thanks with your name published on our Facebook page; An autographed postcard by La dolce maniera; you will receive by mail (in digital format mp3) the recording of 10 madrigals sung by La Dolce maniera!

Special Thanks with your name published on our Facebook page and on the booklet of the CD; you will receive by mail our album in mp3 digital format.

Special Thanks with your name published on our Facebook page and on the booklet of the CD; the autographed CD a week before its official release!

All points outlined above, one score (of a Madrigal) used for this recording; the opportunity to listen to a rehearsal of the Ensemble (in Strasbourg)

All points outlined above + 2 tickets for a concert of La dolce maniera in 2013 and the possibility of a singing lesson with one of the singers of Ensemble (travel costs not included) or to meet the artists after one of the concerts of the Ensemble!

All points outlined above + your name or your company logo published on our and website www.ladolcemaniera.com and all our means of communication (for 3 years) among the "partners"

All points outlined above + a private house concert in your home for you, your friends, employees or partners! (travel costs not included)