Support an art project for a wide audience, elaborated and performed by women and a man in remission from breast cancer 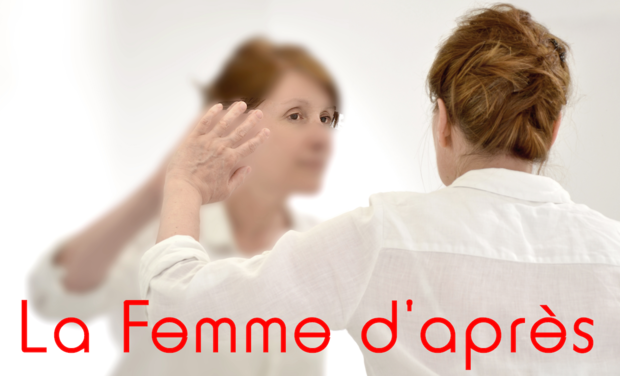 The crowdfunding campaign on Kisskissbankbank is now off, but you can still help us

The Woman…after is an artistic project by and with women and a man in remission from breast cancer. A dozen people who are involved in a workshop over a year to share their experiences "of the journey through the disease" and produce a joint creation with the help of professional artists.

Today we need your support to give life to the creation of a performance and an installation that would make these women and man’s words heard by a wide audience.

The Woman…after (the disease) is not the one before, and intends to make it known: a message for life with great sense of humour, good mood, sensitivity and profoundness.

After a remission from breast cancer, Monica Espina, director of Quebracho Theatre, decides to share her experience of a "journey through the disease" with other women and to build an art project that would facilitate the delicate time of "the return to the body and life."

She wants to make a proposal to women with breast cancer:  to share their experiences and feelings about the disease and get involved in a joint creation.

Taking contact with Professor Lotz’s oncology department at Tenon Hospital, it has been decided that the project conceived and carried by Quebracho Théâtre will be conducted in close collaboration with the teams of Hôpitaux Universitaires Est Parisien.

The return to the body and life

The project will take the form of a theatrical and artistic workshop and will result in the joint production of a multidisciplinary art performance (theatre, image, sound) with the aim to facilitate the "return to the body and life" for women in remission from breast cancer.

The disease as an experience not as an identity

Thus, by putting them in motion and action, making use of body and breath, the exploration of creative abilities and a commitment to get involved in long term project, it will be offered to women to reconsider the illness not as an identity but as a part of life, an experience which one comes out of transformed.

To be able to look ahead

The involvement in the creative process and the stage experience will give every woman engaged in the project, sensitive traces of the journey through the disease in order to be able to look ahead.

Invite everyone to take a different look at the disease.

By the composition of a joint creation and the manufacturing of an artistic object that can be presented to a wide audience, the project will invite everyone to take a different look at the disease.

To participate in a form of prevention

The produced works will participate in a form of prevention, by educating the audience about the need for advanced detection of breast cancer.

Women and men with breast cancer Originally designed for women, the project also hosts a man in remission from breast cancer. It is in fact little known that this cancer may marginally (less than 1% of breast cancers), affect men.

The project is developed in successive and / or simultaneous steps between October 2014 and October 2015:

> Initial contacts with female patients was made through the direction of communication and the medical and nursing teams at Tenon Hospital,

> A workshop with a dozen female and one male volunteers is ongoing. These sessions work as an exploratory workshop with adult amateurs (finding of the body, of the voice, breathing and other exercises, expression exercises). The women’s words collected at the workshop will be the basis for the construction of the performance and its text.

> A production time will lead to stage performances where all elements (visual elements, sound, text) will be integrated and will form a whole with a choir made up of the group of women and the participation of a professional actress who will tell the most sensitive texts written during the workshop.

Performances are planned on the stage of the Auditorium du Pavillon Carré de Baudoin PARIS 20e in October 2015.

>>> AN VISUAL AND SOUND INSTALLATION

> After completing of the performances, the show will be transformed into a sound and visual installation that will be exhibited in hospital halls or culture centers in order to extend action in time and be a part of prevention.

FEW WOMEN AND A MAN IN REMISSION FROM BREAST CANCER

Primary beneficiaries of the action and also committed in the project, they are ten participating in the workshop and the joint creation. They are of different ages and various courses of life. They are each and all The Woman...after.

>>> a short video to present Those pretty women

Trained to acting and stage direction in Argentina, where she was born and France, where she lives and works mainly, she is the artistic director of the Quebracho Theatre Company of which she develops activities around contemporary writings and a research about new multidisciplinary theatre forms.

Holding a degree in modern literature teaching from the University of Buenos Aires and a DEA in Language Sciences from EHESS Paris, Monica Espina is qualified on matters of transmission and teaching of artistic practices.

For this project, Ursula Kraft is doing a research about medical images inspired by the fantastic voyage as explored in the workshop with the women. She is in charge of the scenography installation and visual production.

Ursula was born in Stuttgart, Germany. She has been living and working in France since 1988. She has exhibited in galleries and renowned institutions in France, Germany, England and the United States. She cooperates with artists in other fields and architects. More information www.ursulakraft.com

For this project, Bernard Vallery will record various sounds taken from different places in the hospital to enrich the work in progress and be a part of the joint creation and installation.

After his training at the National Theatre of Strasbourg, Bernard Vallery has a wide experience in sound design for theater, dance, puppetry and scenography in museums.

A PROFESSIONAL STRUCTURE AS PROJECT HOLDER

Quebracho Théâtre, an independent association created in 1996 under the Law 1901, develops its activity in the fields of artistic development, artistic creation, production and distribution of all forms of artistic expression, as well as the initiation and development of amateur and professional artists. Monica Espina, artistic and stage director, designs and features the productions and works with cultural actions and training projects implemented by the company.

We obtained funding to carry out the first phases of the project: the workshop with the group of volunteers and the work for the writing of the play.   Today we need your support to finance the production of the performances and the mobile installation which will cater to as many as possible and will be object of prevention against breast cancer.    A dimension we value a lot!

A special mention and a big thank you to Elisabeth de Senneville who has been signing and offering us a valuable design that is reproduced on T-shirts and cotton bag E. de Senneville pour La Femme d’après.

Three short stories about a BRA or an idea about what's happening during the workshop. These videos are an example of what kind of work is going on during the workshop, as exercises. They are not an extract of the future performances !