IN ORDER TO MAKE MY FIRST FICTION FEATURE FILM, I CALL ON CROWDFUNDING TO FINALIZE THE WRITING OF MY SCENARIO 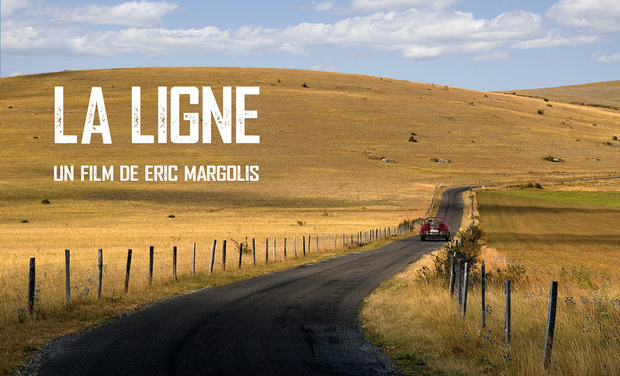 <p><strong>THE LINE</strong></p> <p><strong>Franck Grimberg,&nbsp;</strong>a filmmaker in his fifties, in need of inspiration, wants to make a movie on what used to be the French demarcation line between 1941 and 1943. Going through a crisis of creativity and missing the feel of emotions, he resolves to leave his family and friends and takes to the road, in search of new ideas. Franck is an attractive man, both passionate and melancholic, but deep down he is just an unhappy kid who uses the road to run away from himself and who feels he exists only through other people&rsquo;s eyes. A sort of antithetical father figure whose forthrightness and a certain psychological finesse lead him to encounter all sorts of unique characters.</p> <p><strong>Franck&rsquo;s journey</strong>&nbsp;will be filmed and edited with a sense of rhythm that will be slow but never tedious. Every scene will have its importance; every word uttered will be charged with meaning (sometimes more than one); the length of every shot will be meticulously calculated.</p> <p><strong>This is a Road-Movie,&nbsp;</strong>which takes place on the small scenic roads of the French countryside, far from the cities. A country split in two, severed from itself. Along a border that no longer exists. The journey becomes asymptotic, as if attracted by this other side, this other facet of oneself, without ever being able to reach it.</p> <p><strong>Another important feature:&nbsp;</strong>the main character&rsquo;s desperate solitude. Even though Franck claims that he wanted this solitude, he has to endure it and it etches itself into the landscape. He goes through ghost villages and isolated places. We are in a world of solitary people and aloneness. There&rsquo;s a sense of disillusionment, of disenchantment, in all of this. The characters all seem to be lacking something.</p> <p><strong>The story</strong>&nbsp;takes place in one of those corners of France that we can only imagine as peaceful, lulled into a timeless tranquillity. A detail, however, could be intriguing. The presence of red, white, and blue posts, which appear to have been placed randomly, at a crossroad, by the side of a road or next to a farm. These markers were positioned there as a reminder that, for a time, from 1941 to 1943, the demarcation line cut through this area and that this physical border was deeply traumatic for a countryside built on centuries and centuries of common history. For a long time, the reality of this internal border and the impact it had on millions of French people was not well-known, eclipsed as they were by the memory of battles, of the crimes committed by the Vichy government or of the heroic actions of the Resistance.</p> <p><strong>The movie is first and foremost a human adventure&nbsp;</strong>whose final rendering will almost be a product of chance. Like a call to see (or see again) the world! A man who seeks to understand where he comes from, who he is. A variety of encounters full of emotion, of nostalgia, of humour, and of questions, along a border that no longer exists, far from the large urban areas, in the far corners of humanity&rsquo;s ghostly double.</p> <p>Locations for &#39;The Line&#39;:&nbsp;<a href="https://mailtomargo.wixsite.com/la-ligne">https://mailtomargo.wixsite.com/la-ligne</a></p> <p>Short film :&nbsp;<a href="https://vimeo.com/65492546">https://vimeo.com/65492546</a></p> <p>Photography and Video :&nbsp;<a href="https://www.margoliseric.com/">https://www.margoliseric.com/</a></p> <p><img alt="" src="https://d3v4jsc54141g1.cloudfront.net/uploads/project_image/image/669721/The_Line-1591953285.jpg" width="100%" /></p> <p>&nbsp;</p>

<p><br /> The money will be used to finance 3 months of writing and scouting locations&nbsp;where I want to shoot the film.</p>

You will appear in the credits as ASSOCIATE PRODUCER

A big thank-you Invitation to the film preview