Help us get off to a flying start! La Menuiserie needs you! 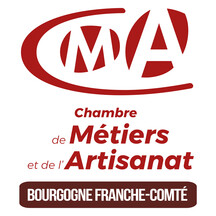 It’s a locavore restaurant, where the food is tasty and responsibly sourced, a friendly place always ready to welcome you with a carefully selected glass of wine.

It’s built on the values that Antoine and François represent: eating local, sustainable products and running a transparent and caring business.

Whether it’s food or drink, the products will be local, the vegetables will be in season and as organic as possible, and the dishes will be cooked with love right there in our kitchen.

We’ll be using short circuits to access our producers, who will mostly be found in Les Halles of Dijon. We’ll have local meats, vegetarian options, and something for every diet.

We want everyone in the value chain, including all of our farmers and suppliers, to be respected and appreciated.

Friendliness will reign, creating warm feelings among customers and staff. There will be the dish of the day at lunch and at all hours there will be menu options to share around a drink.

Both of us are young fathers, which is why we’re dedicated to providing family-friendly service, whether that is having a changing table available or accommodating the strollers that other restaurants may see as taking up too much space.

La Menuiserie will be an active place where people can meet and work in a warm atmosphere. We’ll also be developing events such as association meetings that will let us be a key site in the life of the neighborhood, participating in its development.

We’ll have numerous media available, whether for current events, cooking or culture. We’d also like to host radio broadcasts in order to be as open as possible to the world around us. Our goal is to create an ecologically and socially responsible business, one whose energy footprint is as low as possible and whose transparent management style will valorize staff and involve them in the decision-making process.

François and Antoine met in 2009 at the Théâtre en Mai festival where François was cooking and Antoine was running the lights. They immediately hit it off, as each had a genuine interest in the work the other was doing.

François Boulicault, co-manager and chef de cuisine, trained under Mathieu Munier at BHV, in Dijon’s Place de la Libération. After a short tour around Europe, working and visiting, he became chef at La Péniche Cancale on Dijon’s Port du Canal before moving on to Lyon’s Livestation DIY. His cooking follows the same rules as this new venture: simple, tasty and responsible.

Antoine Barré-Foncelle, co-manager and chef de salle, is making a big change after over 10 years in the entertainment world! A lighting specialist who studied for his arts degree in Besançon, he’s focused the spotlight on the BFC in Costa Rica and the MJC des Bourroches for Dijon’s Concert de Rentrée. Now, after having sampled the offerings of defrosted croques monsieurs and Danish beer across France, he wants to prove that we can still have simple, good food in a friendly neighborhood place.

We’ve received a bank loan for €180,000, which allowed us to purchase the space. But the rest of the necessary investments will be coming from our personal savings, a bit of help from the Conseil Régional de Bourgogne Franche-Comté and…

By participating in this crowdfunding campaign, you’re showing us that you’re willing to support our project, situated in the center of Dijon.

You’ll be helping us to equip our kitchen and develop the products that will be made 100% on site. That means pickling, jarring, preserving, whether with our own recipes or traditional ones, whether vegetarian or not, but no matter what, local and seasonal.

The money we collect will also let us cover the costs of glass lunch boxes and linen napkins, with the goal of reducing to a bare minimum the amount our restaurant consumes.

Finally, we’ll be investing in a wagon that will let us get most supplies either by foot or by bike.