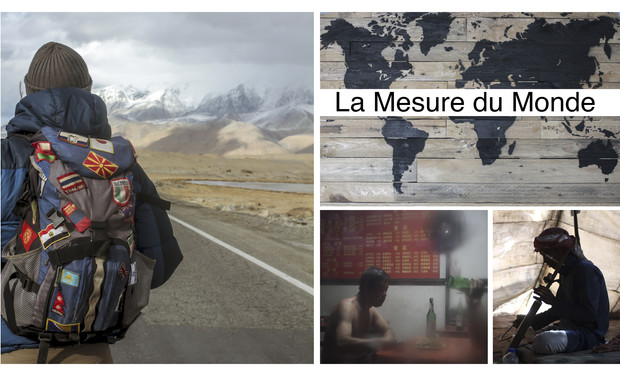 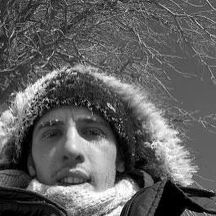 Be part of "La Mesure du Monde". A documentary recounting the story of a travel journal.

“La Mesure du Monde” is the result of six years of travelling, encounters, meditations and studies. Autobiography-documentary, the movie will follows a travel journal, by hitchhiking, from the Mongolian steppes to the Atlantic shore in Brittany.

In today’s world, we can reach the other side of the planet in less than 24 hours. But misconceptions between the peoples is gradually growing, letting radical ideas spread out. I have taken a step back from this situation and observed the world with a new approach. My primary intention is to share the urge of living by focusing on a single character's introspection, thus echoing to everyone. This documentary project aims at letting the viewer ask himself a few questions:

-What does it mean to be human?

-What links us? What separates us?

Losing our customs,getting closer to the others, giving up at least for a while our background, our social conditioning, even our habits; abandoning all of these things that we could take for our identity, then go to discover deep inside our own self. These are the virtues of roaming. Distance, unknown or lack of understanding, that we bear towards an overseas land and its people, even towards ourselves can be illustrated on a world map as well as an inner questioning. This separation should be bridged during a journey. Therefore the world would reflect the character emotional journey just as a mirror would.

The decision to create an autobiography-documentary to treat such a subject was driven as much by honesty than logistic. It has allowed me so to work very freely. Light, alone, equipped only by a video-camera, a microphone, a couple of hard drives, and a travel journal, I hit the road. Unlike any ordinary trip, I started from the faraway (Mongolia), as my route got me closer to France day by day. This singular approach allowed me to juxtapose the inner and outer part of a story. As the character gets to know himself better, he is travelling through places, which are looking more and more similar to his “home town”. This way of conceiving this movie project has allowed me to work with an unseen point of view.

In 2015, during 3 months artistic residence in Osh, Kyrgyzstan, I have turned my travel journal and my video footages into an honest and clear scenario.

“La Mesure du Monde” wants to define the extra-ordinary experience of roaming in all its simplicity and its lightness. With images as witness of my presence, (a Chinese street, inside a Kyrgyz house, on the road with Afghani truck driver in Tadjikistan, in an opium den in Iran, under a bedouin tent  in Jordanian desert, along the Nile shores in Egypt, with a family in the mountains from Montenegro)

From Ulaanbaatar, I have hit the road with in my backpack a camera, a monopod and some sound equipment. About 300 days travelling later, several thousands kilometres further, driven by more than 300 people, through more than 20 countries on 3 continents, I have reach France with honest and complete footage on my hard drives, as I could consider the finalisation of the movie project. It includes several dozens of hours of footage and sound recordings, and a full travel journal of 300 pages as well.

Combined with a Canon 7D, the 35mm lens gets very close to what the human eye is. It has allowed me to have a filming equipment in phase with the human relationship that I wanted to spotlight. No cheating was possible, if I wanted to zoom in, I had to get closer. Thereby the investigation boundaries of my project, a travel movie produce during a trip will enhance the honesty of the movie.

The documentary narration will show the inner part of a trip, the introspection. The film is built into 7 chapters, that actually represent 7 days, from a Monday in July still in Mongolia to a Sunday in May in France.

Thanks to pace variations, each chapter marks a journey’s step, emotionally and geographically. By this choice my intention is to enhance the link between time and space. Suggesting the damage of moving to fast, in terms of mutual understandings. A voice over will tell us the emotional progression  of the protagonist. From the genesis of a trip, to the memory of road, going through the culture shocks, silence and solitude, the important encounters, wonders, and an observation of the ownself. We will barely see his face. This will let me focus on his own point of view, the camera eye. Images will tell the action story.

Music recorded in Ljubljana, Slovenia. It will be use for the movie.

Each chapter will be a trip in itself. While I focus to please the eye, I intend to show the invisible. In other words, my focal point was the soul of what I filmed, not a description a country for exemple. We will travel into the nomadic Mongolia, through a Chinese city, the endless plains and narrow valley of Central Asia, into a old silk road town, then into marvellous Persia (from Samarkand to the shores of the Persian golfe), to the arabic world and finally we will go in the balkans before reaching France.

It is time to work on post-production, to sit in front of a computer and put into one single piece the scenario, the footages, the musics, the sounds and extracts from the travel journal.

A small team will work together to sew it together “La Mesure du Monde”. First of all, the funds gathered will,  be used to pay a film-editor and a sound-mixer. Then it will be used to pay music rights, translation, subtitles, then finally it will finance the registration fee to film festivals around the planet.

Appearance at some national and international festival

After a Sound Engineering degree, his musical curiosity and desire of elsewhere made him move to Brixton, London’s afro-caribbean neighborhood. The many encounters during five years living there took him all over the world: Vietnam, Jamaica, Turkey and Brazil amongst others. Back in Paris to study Journalism, he tells stories in sound and images.

After business studies, Guillaume started, as a self-taught man, to direct videos. Large spaces lover, he create several project that sets his relatives during trips. With one of his childhood friend, while he travels for a year around Australia and South East Asia, he develop videos project of his trips and encounters. Now back in Paris, he works for several agencies to create "Making of", adds, and videos clips. Nowadays he starts to develop personal project.

A massive THANK, find your name in the credits!

Get a private link to watch an unseen edit, filmed during the trip with images that won't be used for the movie. +previous award

Receive a photo printed (10X20) of your choice among a short selection. +previous awards

Receive a copy of the scenario with annotations. +previous awards